The most astonishing facet of owning an Experimental/Amateur-Built aircraft, be it simple or complex, is that a builders work is never done. There is always something on the airplane that can be adjusted, improved, swapped out or tweaked.

Marc Cook, the editor of this magazine, takes it to extremes if you ask me. Did you see that new avionics stack in his Sportsman, and did you know he removed the entire panel for the upgrade? While I certainly lust for the shiny, pretty synthetic-vision upgrade for our Grand Rapids Technologies EFIS Horizon I, my husband and I, for the moment, are confining our tweaks to those that extend the life of our venerable shop-rebuilt IO-540-C and those that make our RV-10 safer and more affordable to fly. All that said, please don’t make me add up the receipts for what we’ve spent on mods since the beast was painted and the first 40 test-flight hours were flown off. I figure that if I can still pay all the bills at the end of each month, then I can afford it, right? 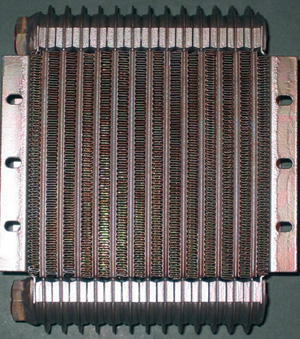 Get the Engine Running Right

But I digress. What were here to talk about today is an IO-540-C operating in a tightly cowled configuration without a cowl flap (it had two adjustable ones when it was on the right side of an Aztec, where it started life). This engine lives in South Florida. It works hard for at least six months of the year in a hot, humid environment.

We had the engine rebuilt with Engine Components, Inc. (ECI) cylinders and 8.5:1 pistons, hoping to make it durable and economical (and, yes, even able to burn mogas if it comes to that). Ever since we fired it up for the first time, though, we’ve had our share of worries over it.

Our oil temperatures even in the springtime were a consistent 220°F until we added two sets of louvers to the bottom and sides of the lower cowl. Even then, on hot days and particularly after quick turns on the ground, where the engine never had a chance to cool off, the oil temperatures were still high. The cylinder-head temperatures weren’t far behind, sitting in the 390°F to 410°F range.

Running the mixture quite rich (150 or so) helped moderate temperatures, but that was expensive in this airplane, sucking 15 to 17 gph, depending on the altitude. Running the engines mixture lean of peak wasn’t even an option at first because it just wouldn’t operate smoothly at those settings. 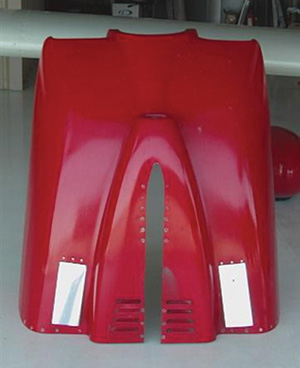 This RV-10 bottom cowl has been modified with two fixed cowl flaps.

It was frustrating, but a lot of time on the Matronics RV-10 mailing list (www.matronics.com/emailists) showed us that not only were we not alone, there were solutions to our issues. Cooling was first on the list of fixes, because a cool engine lasts longer. Alex DeDominicis (Aviation Tech Products) experimented successfully with louvers on his RV-10, and it helped him cool off his engine in Texas, so we purchased one set, then another (at $40 a pop) and installed them on the sides and bottom of the bottom cowling. But we needed more. One RV-10 owner in the Southwest gave up and simply cut two fixed cowl flaps into the base of the engine cowl. Another created a duct in the front to draw air straight back to the oil cooler.

Sam James (Holy Cowls) changed the position of the oil cooler in his most recent installations. It now sits directly on the back of the engine, at the rear of the plenum, in an attempt to improve cooling. Yet another RV-10 owner discovered that a baffle inside the scat tubing that directs air from the plenum or baffle box onto the oil cooler was necessary to ensure an even flow of air across both the top and the bottom of the oil cooler. This splitter, a simple piece of 0.032-inch aluminum, is the same width as the inside dimension of the oil cooler mounting box, with the bottom section of the baffle bent at a 30 to 45 angle.

We tried nearly everything except moving the oil cooler, which would require an entirely new plenum and mounting system along with the cowl flap and extra duct, because we considered them major mods rather than subtle adjustments. And, yes, each tweak made incremental improvements, but it wasn’t until we ponied up for an Airflow Systems RV-10 2006X oil cooler (a direct replacement for Vans cooler) that we began to see consistently lower oil temps of 190°F or so. 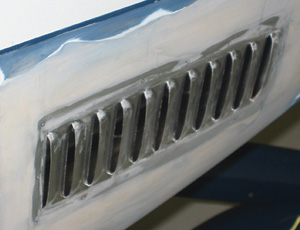 Notice the duct modification on this lower cowl (carefully camouflaged by the paint job) that captures and directs ram air straight back to the oil cooler.

Throughout all of this experimentation we wondered if there was something we could do on the operator side of the equation to help-and there was. By studying the work of engine experts Mike Busch and George Braly, we learned a technique for operating the engine during climb and descent that works. Now we climb with the throttle wide open, and simply adjust the propeller rpm, and at higher altitudes we adjust the mixture to set climb power. The mixture is set to maintain takeoff EGTs throughout the climb (about 1250 F for us). At sea level the result is 22 to 24 gph, decreasing to 17 gph or so in the climb by 10,000 feet AGL, and consistently cooler CHTs all the way up to altitude.

Our final challenge, once we had cooled things off, was to get the engine running smoothly at 50 F lean of peak for an efficient economy cruise operation. We started by taking a look at the fuel-injector nozzles. From the start, we had an Airflow Performance fuel-injection system that includes replaceable sleeves in the injector bodies, allowing the builder to precisely balance the fuel flow among the cylinders, similar to the way GAMI fuel injectors work on certified engine installations.

It seemed pretty straightforward to balance the fuel flows so that each cylinder reached peak EGT within a 0.2-gph spread. It took three sets (at about $20 a sleeve), and several weeks of trial-and-error fiddling, but eventually the magic injector sleeve diameter, 0.24, did the trick. The smaller sleeve allows the fuel to atomize better at lower fuel flow settings, eliminating the stumbling that we encountered when we tried to run the engine at less than 12 gph.

Actually, two other tweaks were required to make it all come together. We tucked a piece of aluminum up front to create a small air dam on the left side where the No. 2 cylinders fuel injector was previously exposed to ram air entering the plenum. This was part of the effort to even things up across the cylinders. Finally, we anted up for Champion spark plugs, which are known both for their strong performance operating in big bore reciprocating engines and for their longevity under hot temperatures and at high altitudes.

How is our performance now? Smooth as glass and cool (360 F CHTs consistently) at 170 knots and 11 gph, while the power is set at 23 inches of manifold pressure and 2300 rpm (55% to 60% power). Thats a bit better than 20 statute miles per gallon, according to our GRT EFIS; lean-of-peak operations keep the engine cool.

As is typical in the business of Experimental aviation, there was no single, simple fix, but with the price of avgas creeping higher again, Im happy we took the time and energy to make it work.

Mel Asberry - December 7, 2010
1
Can you use Function Code 33 to amend Experimental aircraft limitations and flight-test locations?