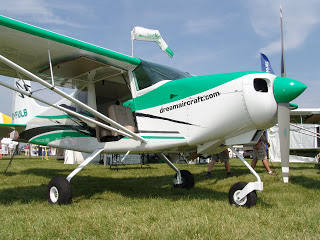 “The tricycle gear Tundra is meant for the Cessna 172 pilot who wants a new airplane with better performance, and who wants the ability to be able to legally work on it himself, and get the satisfaction of building it.” So says Dream Aircraft’s Luc Premont, who was proudly showing me the latest from the Demarais and Gagne factory in Quebec. The very first tricycle prototype didn’t make very many airshows, unfortunately, as it was immediately sold when it first appeared. So the logical solution was to build another one, and here it is.

Currently equipped with a 180 horsepower Lycoming O-360, the performance and handling is very much like the original taildragger version, according to Premont, who flew the airplane into this year’s AirVenture. “It’s a very sturdy and forgiving airplane,” Premont adds, “but it’s still very fun to fly.” Premont saw cruise speeds near 128 mph during his flight to Oshkosh, but expects that those numbers will eventually creep upward once the airframe clean-up parts become available after development. 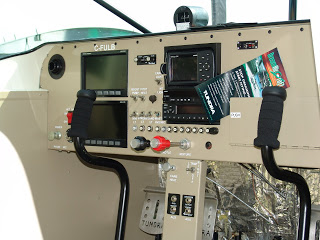 Indeed, after a quick walk-around of the Tundra trike, it was obvious that wheel pants, strut fairings, horizontal stabilizer strakes, and a few fairings here and there could add 10 to 15 mph to cruise speeds.

The nosegear option adds about $2,500 USD to the cost of kit, which tends to fluctuate a bit due to current exchange rates between the U.S. and Canadian dollar. Current cost of the tricycle kit is right around $48,000 USD.