Is it possible to fall in love at first sight? Maybe. At least it seems possible, gauging from the reaction elicited by the new Velocity V-Twin, which can be summarized, more or less, in three words: “I want one.” Even the usually undemonstrative Richard VanderMeulen, who photographed the airplane, was impressed, describing the V-Twin as “one of the most beautiful airplanes I have ever shot” (and he’s photographed a lot of airplanes).

At any rate, you’re in for a treat. Doug Rozendaal, having flown at least one previous iteration of the Velocity, is familiar with the breed, and in his flight review he details what makes this one unique.

You’ll also find the Traditional Engine Buyer’s Guide in this issue, assembled for the first time by Tom Wilson, who has enjoyed a long and illustrious career writing about propulsion for a variety of publications. He reported that gathering the information for this article was “an education,” and I hope it proves educational for you as well. 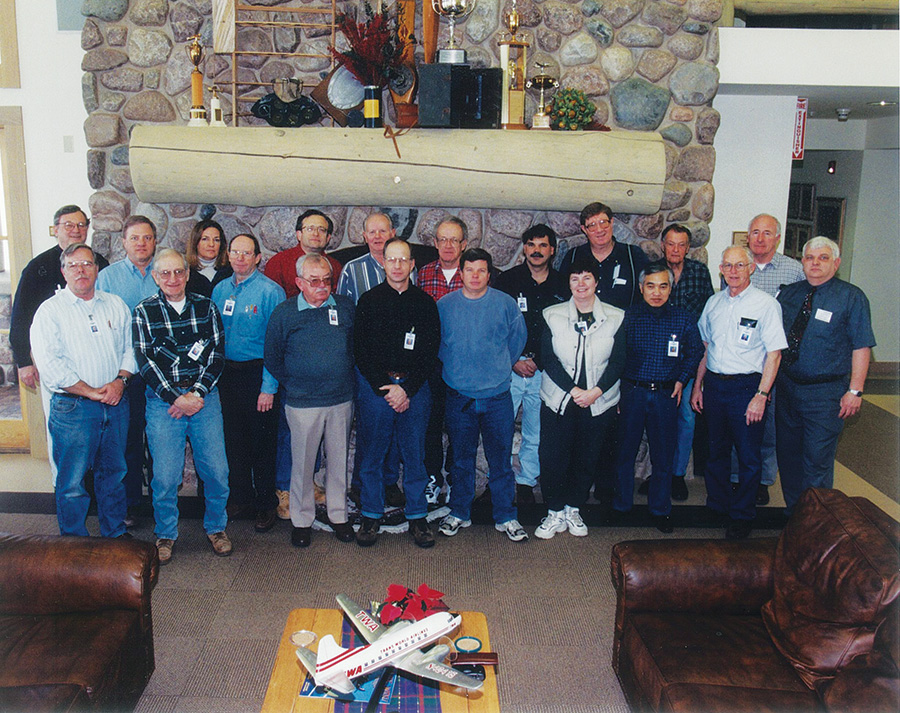 Proud graduates (and instructors) of EAA’s Wright School, Class of 1999. That’s the author lurking in the back row, on the left. Wonder how many of the “students” have finished and flying homebuilt projects by now.

This will be my last issue as Editor-in-Chief of KITPLANES®, and I want to take the opportunity to thank those who allow this whole enterprise to happen, making me look good in the process. First, our contributors, some of whom have been with the magazine almost from the beginning, and others you’ve met only recently. Magazines are all about content, and they’re the ones who provide it.

Next, kudos to Dan Maher, who has been art directing this magazine for the last year or so. One couldn’t ask for a better or more talented collaborator, and he’s improved the look of this publication immeasurably since his arrival. Associate Editor Suzanne Bopp, also a relative newcomer, continues to grow in her position and has provided a keen eye and invaluable good humor. Webmaster Omar Filipovic has consistently gone beyond the call of duty in maintaining and upgrading the KITPLANES® web site, along with deftly and diplomatically answering readers’ questions. And, of course, Chuck Preston sells the ads that help us finance the operation. It’s a small crew but an impressive one, and I owe a debt of gratitude to them, and to our loyal readership.

Paul Dye will take the helm next. If you’ve seen his work in these pages or in other venues, you know that his enthusiasm for homebuilding is contagious. I hope you’ll give him a warm welcome and your support.