If there is any doubt that aerodynamic innovation exists in the realm of ultralights, all one needs to do is look at what Aeromarine LSA President Chip Erwin has done to his Merlin Lite ultralight on display at AirVenture. The Merlin Lite, a totally redesigned version of the popular light sport Merlin, is a wonder of design in its own right. What other ultralight is all aluminum with a fully enclosed (and even heated) cockpit? With sleek lines and a fully cantilevered and tapered wing, the Merlin Lite is also low drag, unlike most other ultralights.

Using the Merlin Lite as a test bed, Erwin has employed the revolutionary idea of embedding two electric motors in the wings, driving carbon fiber fixed pitch props nestled in the wing span. He calls this Distributed Electric Propulsion on Demand (DEP-OD). These small, but powerful motors (each producing 70 pounds of thrust) are used to produce thrust on takeoff, resulting in an astounding 75% reduction in takeoff roll. Erwin calculates that he will be able to launch his DEP-OD-equipped Merlin Lite in the space of a helipad.

Once airborne, the props in the wings are stowed in span-wise slots and the aircraft resumes low drag cruise flight. Since the wing mounted electric engines were only operating for 10-30 seconds for the takeoff and climb above the obligatory 50 foot obstacle, their power draw is very small. This allows the system to run off of diminutive batteries close to the size found in older laptops. 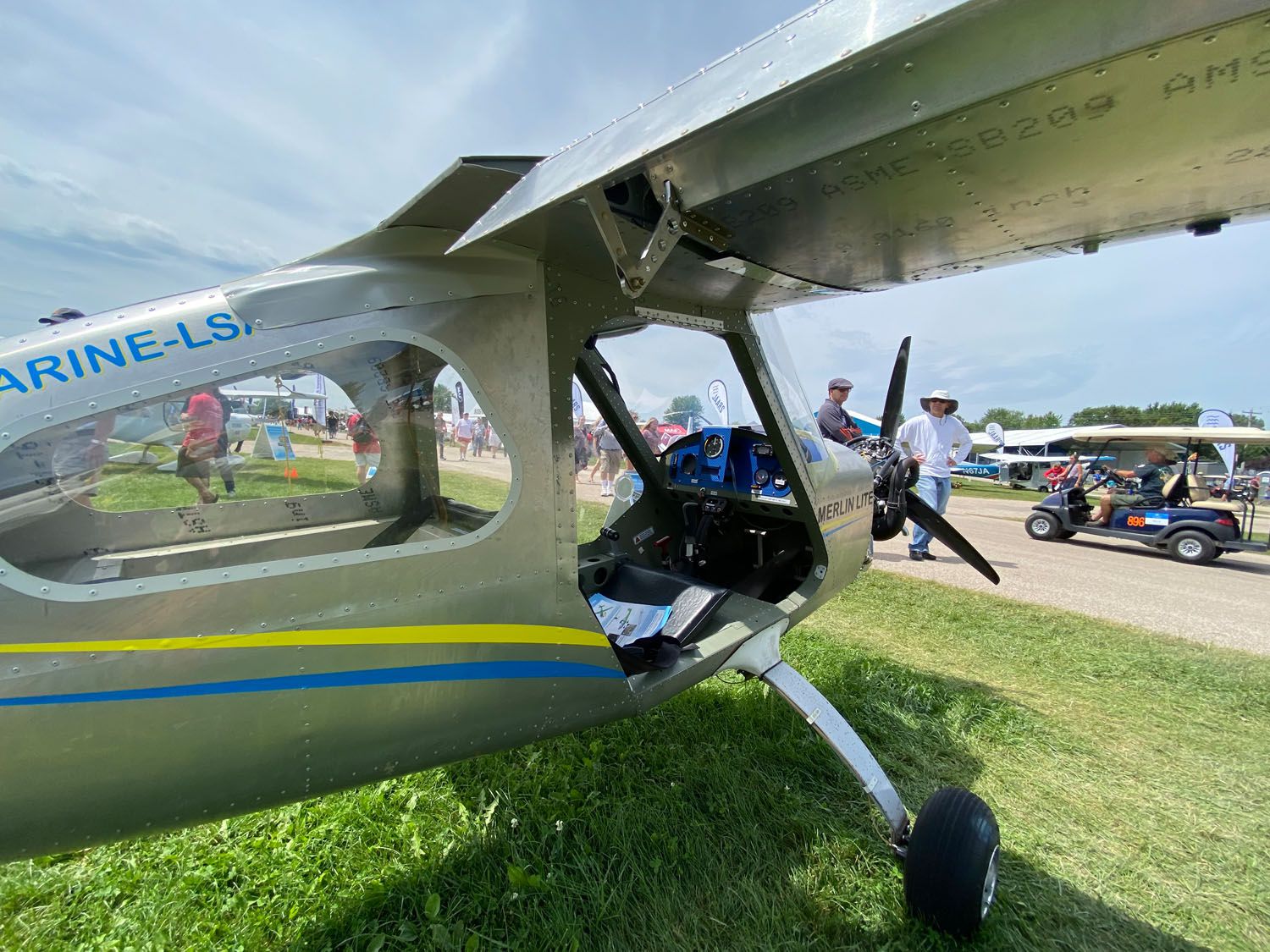 On approach, the wing mounted electric motors are once again fired up, resulting in “blown” ailerons that are effective even at zero airspeed. Erwin relates that this would allow approach speeds far below the 1.3 VSO standard approach speed. Once the plane has touched ground, the wing motors can be instantly reversed, providing a prodigious amount of reverse thrust and shortening the landing roll by as much as 75%. Nothing short of amazing. More information can be found at aeromarine-lsa.com. 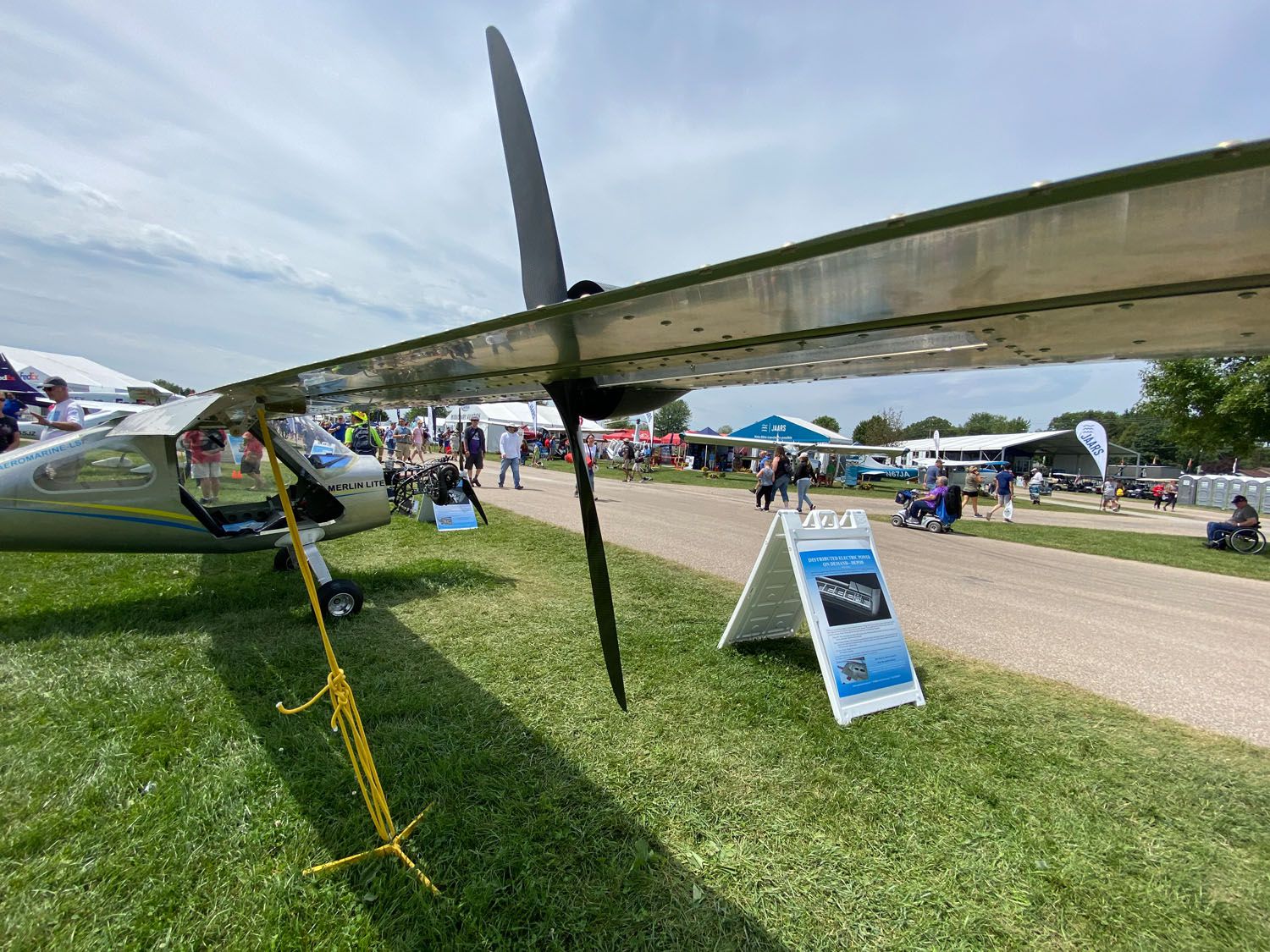 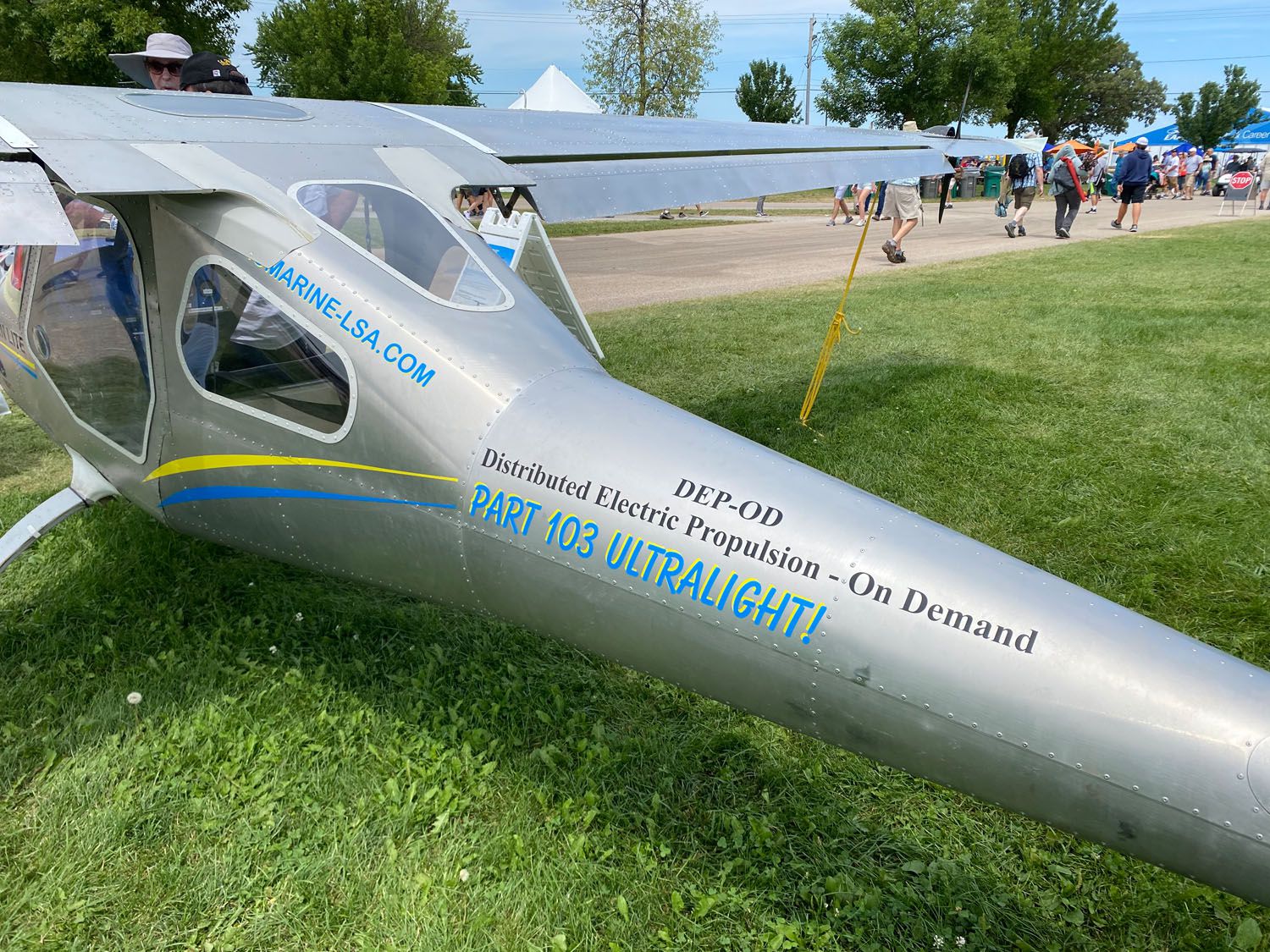