It seems that mere mortals like me are welcome to slip into the AirVenture air show. There is a Homebuilt Showcase during the afternoon airshow. My RV-3B, Tsamsiyu, was invited to participate in the event on Tuesday and how could I resist the invitation? It seems that the organizers seek out a variety of homebuilts to parade past the crowd between the big name performers.

All you need is a valid pilot’s certificate for your homebuilt aircraft, a current medical (if required for the aircraft) and BFR, proof of insurance, and the luck to be selected. Some aircraft are selected from the previous year’s participants and some are recruited at registration during the weekend before the show. If you are interested in participating next year, arrive early and ask to sign up at the Homebuilder’s Headquarters.

Participation does take significant time out of a day at AirVenture. This year, Showcase performers needed to attend a special briefing in the morning at the Charlie Hillard Building where Air Boss Wayne Boggs explained the expectations of the day. The pattern and procedures were simple but it was important to not mess up on the world’s biggest general aviation stage! Your first step is to prepare your plane and be ready for an escort to the parallel taxiway about an hour-and-a-half before departure time. I suppose a real airshow performer would wave at the crowd and smile while taxiing but I only focused on seeing the way ahead over and around the nose. I sure didn’t want to hit some excited child who decided to run up to touch our Ikran, Tsamsiyu!

The ten Showcase planes pulled off onto the grass near the approach end of Runway 36L in our assigned order, established more-or-less as fastest to slowest. With nearly an hour of wait time, we had a chance to talk, take photographs, and learn about each other’s planes until the call to mount and fire up the engines.

The procedure was simple–line up on the runway by twos and wait for our individual releases, done by a controller on the runway much like the launch on a carrier. We then climbed to only 200’ and were instructed to fly relatively slowly to allow time for the narrator to describe each plane as it passed. We provided a proposed narrative but the announcer modified according to his own sensibilities. After passing the tower and before reaching the end of the runway, we initiated a climbing right turn to 500’ AGL, passed Oregon Street to the east while maintaining 500’, and completed a right-hand pattern. The second trip past the spectators was at 500’ over the grass between 36L and 36r and the pattern was tighter to avoid interfering with the slower planes that were still departing. (Trailing separation between planes was about a mile.) After completing the second lap, each plane landed long on Runway 36R, rolled out to the end, and taxied back to their parking spot. Total time from engine start to shutdown for Tsamsiyu was 21 minutes… but it seemed like 5 minutes!

If you dream of flying in the AirVenture air show, especially if you fly a unique homebuilt, the Showcase might be your ticket in. Check with registration next year and see if they have an opening for you and your plane! By the way, there will be a special RV-6 Showcase during Thursday air show this year.

Marc Cook - May 16, 2012
0
KITPLANES has a system for conducting flight reviews of airplanes, much like homebuilders may (or should) when they are considering which project to build. Editor-at-Large Marc Cook takes you through the evaluation process. 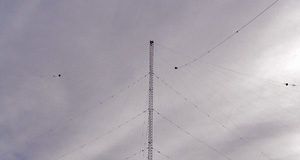