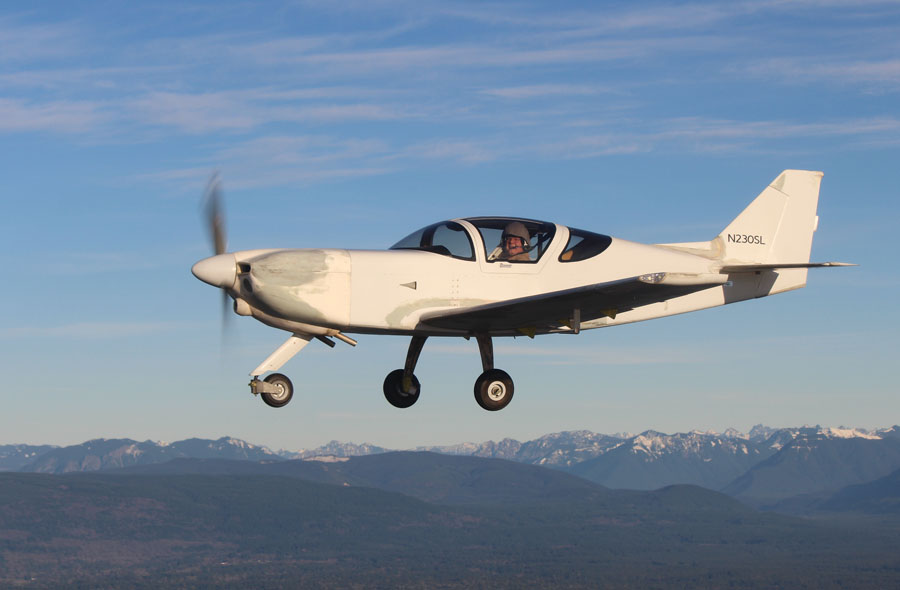 For the first flight, the outside of the airplane doesn’t have to be in show-plane form, but the fuel system better be. (Photo: Mark Owens)

There’s an old joke in the flying community: “The prop is a fan to keep the pilot cool. Turn it off and watch him sweat.”

As one who has been there, I can relate. There’s nothing like stumbling up front to get the heart racing.

It’s an all-too-common situation. As Figure 1 shows, almost a third of all Experimental/Amateur-Built (E/A-B) aircraft accidents start with the engine stopping. That’s twice as often as the Cessna 172.

In this part of our series, let’s take a look at why the fans stop turning. 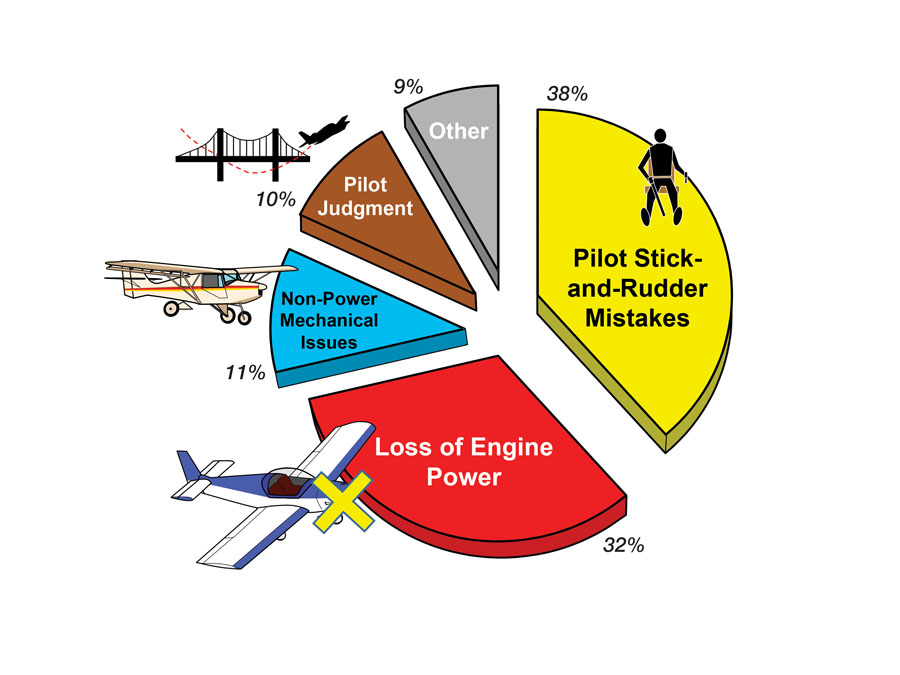 Figure 2 illustrates why the engines quit for fixed-wing homebuilt accidents from 1998 through 2016. Fuel issues predominate. They’re split between problems with the fuel system and problems with the pilot mismanaging his or her fuel supply.

The biggest culprit for fuel systems? Contamination. Primarily, this results in blockage. Fuel lines, fuel screens, fuel pumps, fuel sensors, and practically anything else in the fuel system can get plugged with a foreign substance. Even fiberglass tanks can start to delaminate. 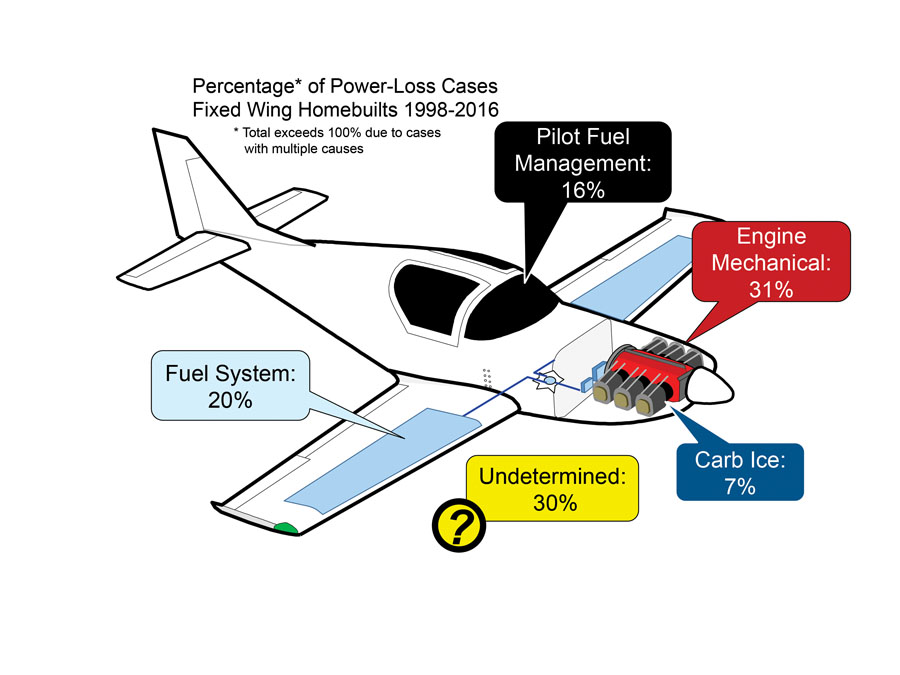 Often, the blockage is related to the construction of the aircraft. Fuel tank sealants come loose, or debris from the fabrication of the fuel tanks remains in the system. In one case, insects had built a nest in the tank during construction, which eventually broke free when immersed in gasoline with the engine’s vibrations. Builders should thoroughly clean the fuel system before the first flight, and perform a fuel-flow test to ensure the system can supply sufficient fuel in climb attitude.

Even if the first flight is successful, you’re not out of the woods. Long-term issues with sealants could occur, depending on compatibility with the fuel you’re using. If you’re using auto gas, it’s important to check for ethanol on every fill. Not all sealants are compatible, nor are some types of fiberglass tanks.

The other aspect of contamination centers on the introduction of liquid that isn’t fuel. Water, via condensation or leaking fuel caps, is the most common. Nominally, homebuilts should be no worse than production aircraft. However, production-aircraft fuel systems are probably planned out better. The homebuilt in one accident didn’t even have drains to allow inspection and removal of water from the fuel system. In other E/A-B accidents, the NTSB investigator noted that the installed drains were inadequate, poorly placed, or just not working. 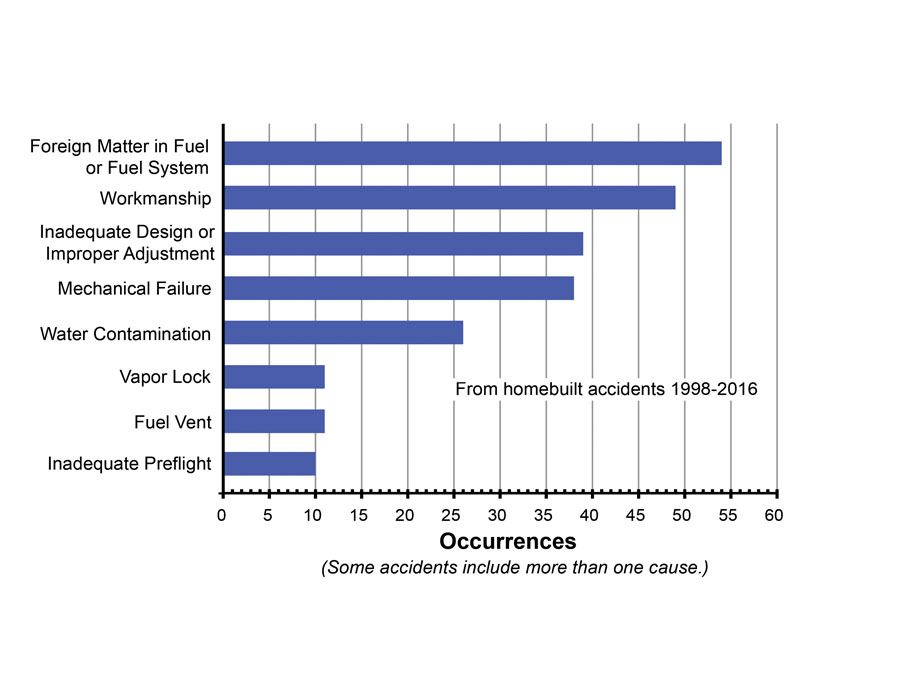 Figure 3: The biggest danger for homebuilt aircraft fuel systems is contamination, either by construction debris or non-fuel liquids.

The second-most-common cause of fuel system issues? Poor workmanship. Most of these cases appear to be routine oversights: loose fittings, failure to safety-wire, and so forth. Others were due to assembly errors of the gascolator, fuel pump, fuel valves, or other system components.

The best fuel system in the world won’t help if the pilot doesn’t manage it right. Pilot fuel mismanagement kills engines two basic ways: exhaustion (using up all the fuel) and starvation (failing to ensure existing fuel is provided to the engine). One nice aspect is that the accident rates for both of these causes is about the same for homebuilts as for overall GA. The “Experimental” in E/A-B isn’t affecting this category. We’re in the middle of the general aviation pack.

However, one interesting result: Homebuilts flown by the original builder have a reduced occurrence of mismanagement. When the plane is still with its builder, about 2.8% of total E/A-B accidents are due to fuel exhaustion. This jumps to 4.4% for subsequent owners. Fuel starvation shows the same effect, though the overall magnitude is less (1% vs. 1.6%).

What’s happening? Best guess: The original builders are more aware of both the actual fuel capacity and how the aircraft’s fuel system operates. Thorough builders will have gained insight from the fuel consumption testing recommended per the FAA’s Advisory Circular, AC 90-89.

Later owners may not have this familiarity. For instance, the plans for the Bowers Fly Baby include a design for a 16-gallon fuel tank. But many builders merely purchase a 12-gallon Piper J-3 unit. Obviously, a new owner of a Fly Baby may get surprised if he plans a flight without knowing which tank the airplane has. 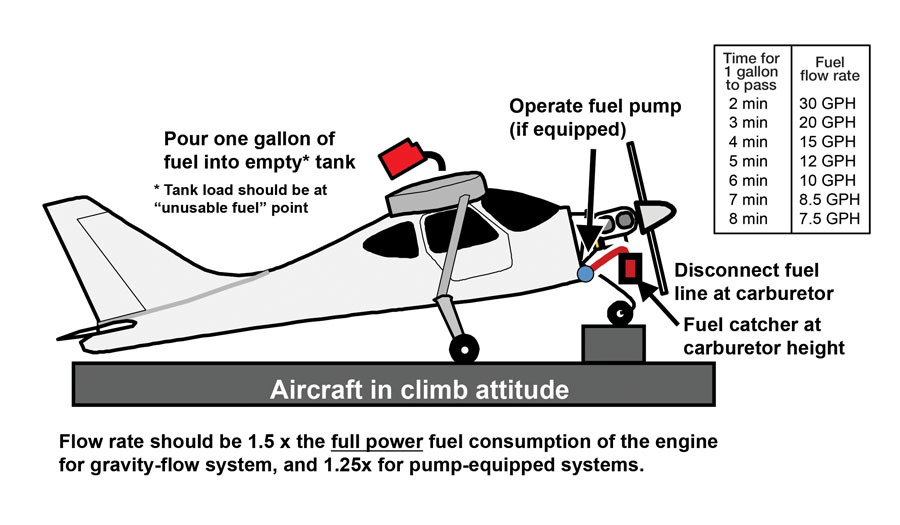 When it comes down to actual breakdowns of the engine itself, the category I call “Engine Internal” predominates. This covers any engine-related component that is not easily unbolted for separate servicing or repair.

About a third of the total mechanical issues accidents qualify—but this definition of “Internal” covers a lot of ground. About 40% of them were top-section (cylinders, pistons, and valves) issues. Among the bottom section, crankshafts, bearings, and connecting rods are mentioned just about equally often.

Builder/maintainer errors factor into about a quarter of the engine mechanical error cases. One sees typical oversight issues—improper torque, improper safety wire, and so forth—as well as errors in assembly or adjustment. 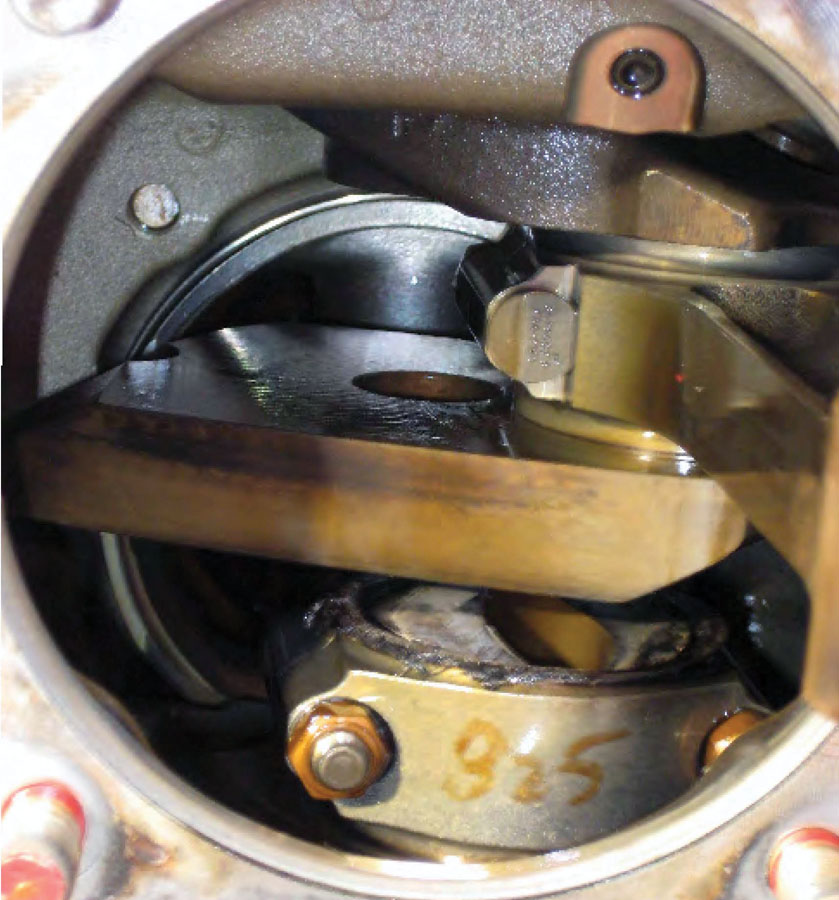 For almost a third of homebuilt loss-of-power accidents, the NTSB does not specify a cause. I refer to this as “undetermined engine failure.”

At first, this seems logical—most of the time, isn’t the engine damaged to the extent that any evidence is destroyed?

Actually, no. As Figure 5 shows, NTSB reports note being unable to inspect the engine due to crash damage in only 11% of the undetermined engine failure instances. In about 25% of the cases, the investigator was able to perform shop tests of engine health (compression, magnetos, fuel pressure, etc.). They’re even able to restart the engine after the accident 10% of the time! These probably indicate transient phenomena, like carburetor icing or vapor lock—or even a pilot who changed the fuel valve after the accident, due to embarrassment or concerns over liability. 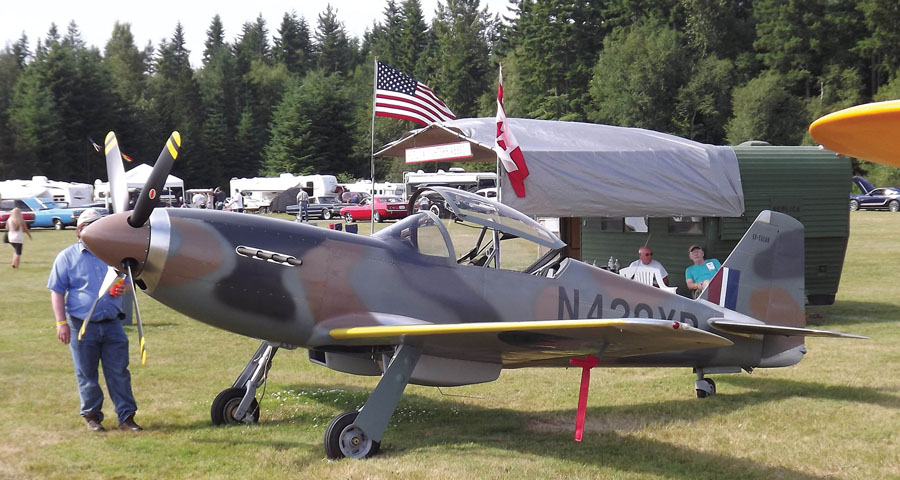 In the event of an accident involving a homebuilt with a non-standard engine, the NTSB may not have an appropriate engine specialist available for a detailed investigation. (Photo: Ron Wanttaja)

Investigators don’t make the official probable cause determination for the accidents they handle; this is a decision made by the Safety Board itself. The investigators may include information related to the cause of the engine failure, but the Board may not consider it strong enough to attribute the accident to that cause. In addition, some information may come from the accident pilot, whose suspicions may not be accepted by the Board.

A suspected cause is provided—but not acted upon by the Board—in about 9% of the accidents. Again, fuel-related issues predominate (almost half). 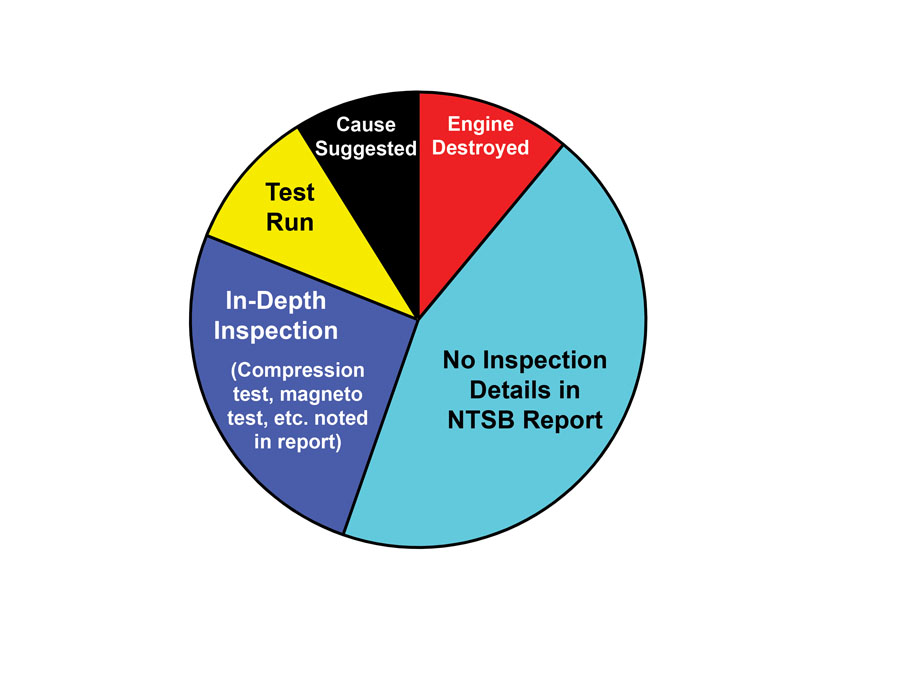 One other factor affects the assignment of probable cause: the availability of NTSB resources. The NTSB’s goal is to detect trends, which if corrected, may prevent similar failures of the same aircraft type in the future. But every homebuilt is legally unique—insight from the investigation benefits only one airplane. Engine installations, even among similar types, are not standard. Non-certified engines are installed in almost half of the aircraft involved in homebuilt accidents. Finding an issue in one airplane doesn’t mean it exists in any other planes built to the same plans. So there’s less reason for the NTSB to spend a lot of resources on a typical homebuilt accident. 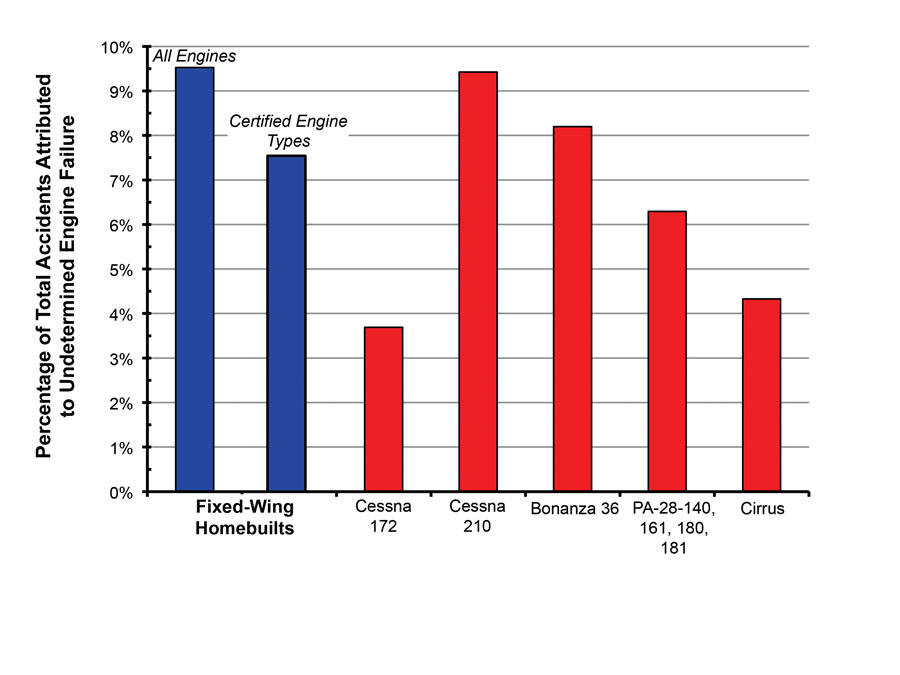 Figure 6 shows the results. The NTSB is unable to come to a conclusion almost three times more often with homebuilts than for Cessna 172s. The effect of having a traditional engine in the homebuilt is obvious.

The NTSB is also unable to determine engine failure cause more often for high performance aircraft such as the Bonanza 36 and Cessna 210. This is probably due to more cases of the engine being damaged beyond the ability to inspect it because of the higher speeds of the aircraft. 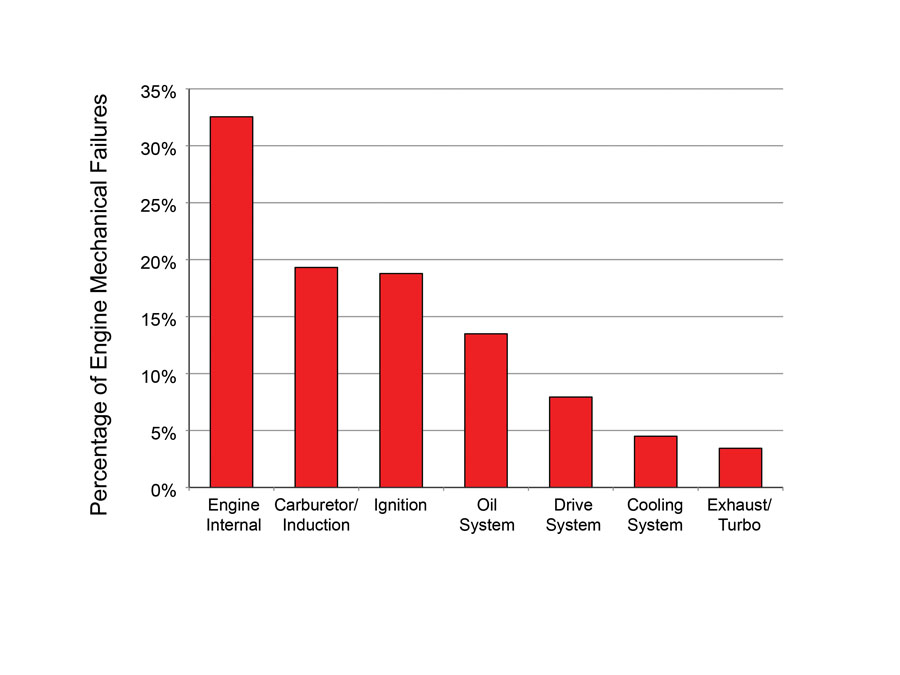 However, the rate of undetermined engine failures for Cirrus aircraft is significantly lower. My guess is that the ballistic parachutes are saving evidence, as well as lives.

Do you want to keep the fan turning? Maintain the fuel supply to the engine.

Clean out construction debris, install recommended filters/screens/sumps, and religiously guard the quality of the stuff you put in your gas tanks.

This shouldn’t be a surprise. The NTSB published an in-depth look at homebuilt aircraft accident causes back in 2012. A key finding was the recommendation for improvements in building and testing fuel systems.

A perfect fuel system doesn’t help if, as an ex-Air Force maintainer friend called it, “There’s a short circuit between the headphones.” It’s an age-old problem, but mismanaging aircraft fuel is one fine old tradition we could do without.

The condition of both propeller blades is a major clue as to whether the engine was turning at impact. One blade was apparently mangled during the turnover, but the other is intact. 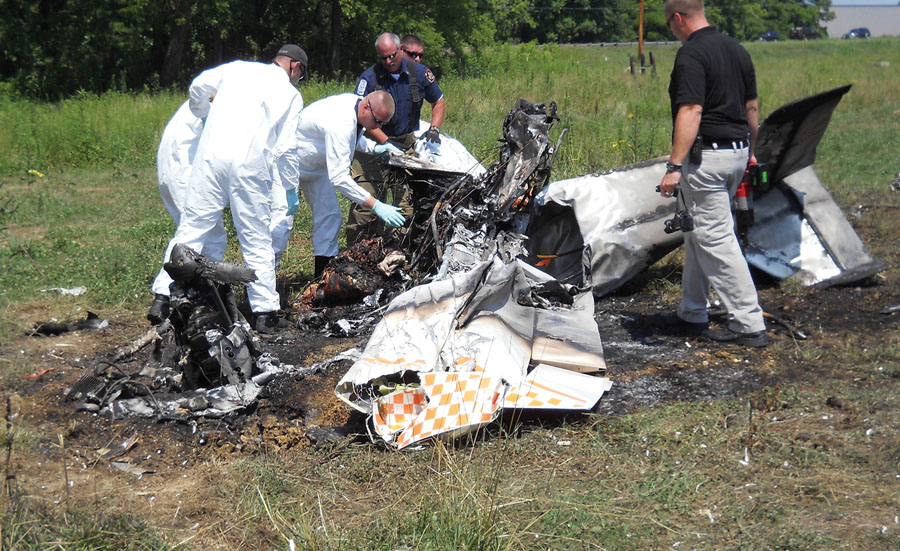 Accidents that result in engine damage so severe a failure cause cannot be determined are actually fairly rare. (Photos: National Transportation Safety Board)

Along those lines is another suggestion from the NTSB’s 2012 report: the generation of accurate, in-depth pilot handbooks for each homebuilt aircraft. The flight test period ensures the builder is aware of the aircraft’s actual fuel consumption, its true usable fuel capacity, and how to manage it. Document this information. You can find a number of homebuilt aircraft pilot handbooks online to act as a template for your own.

While engine mechanical issues certainly factor into the problem, the basic truth is that they’re “peanut buttered” across the entire engine system. Nothing really stands out.

Actually, one thing does stand out, for both engines and fuel systems: mistakes made by people turning wrenches. Forty percent of fuel issues and about a quarter of the engine breakdowns involved faulty construction or bad maintenance.

Be smarter building, be smarter maintaining, and be smarter flying. Keep that fan turning, and stay cool.