KITPLANES Senior Editor Bob Fritz celebrated the first flight of his Jabiru J250 last week. Regular readers will be familiar with Bob’s project from the bolt-by-bolt reports in the magazine. Having received tremendous local support to trailer the Jabiru from his home airport of Swansboro to Lincoln, California, Bob enlisted the services of Jabiru Pacific jack-of-all-trades Jim McCormick to do the first flight.

According to Bob, “We rolled 99T out, Jim did his preflight, fired up and taxied away. Handheld radios were switched on, and Jim announced he was taking the runway for a first flight. “He’s rolling!” was heard but almost before that faded away 99T was off the ground and climbing smoothly. Jim made a couple of laps around the pattern and ascended to 3500 feet AGL, where he learned the feel. Most of the flight was in the sun and really nothing to watch: just a small white airplane making gentle turns in bright blue sky. As we became accustomed to that scene, Jim announced his entry into the landing pattern and, with zero other traffic, he was on a short final before we fully adjusted to the idea of 99T actually flying. A smooth touchdown was followed by taxiing to the hangar and engine off. No drama and no surprises, just the transformation of a two-year project into a real aircraft.

“For me it was surprisingly ho-hum,” Bob said. “It was not until the following week when I started to review the flight via the photos shot by my wife, Li, photos everyone sent to me, and the expertly put together and humorous video created by Rob and Mark Kirkpatrick that I began to appreciate what I saw.”

Because Bob’s Jabiru is certified as an ELSA, he has a 5-hour fly-off period instead of the normal 40. Look for a full report on the first flight and flight testing in an upcoming issue of KITPLANES. 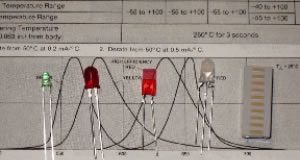 Jim Weir - June 13, 2009
0
Jim Weir shows you how to create and install LED lights and run them from ships power inexpensively and easily.