I often talk about how complicated failures can be traced back to some tiny, seemingly insignificant detail – and here’s a recent example from our own stable of airplanes.

Our RV-6 was an early testbed for the Garmin G3X Touch EFIS, which we installed using early units when they were first shipped. A few months ago, we noted problems in the stability of the AHRS, and in consultation with the factory, they decided that units with such low serial numbers probably needed to come home, so they sent us two new boxes, which we installed in exactly the same fashion as the old ones – deep underneath the dash of the tip-up canopy RV. You work sort of blind under there, laying on your back with the spar in the way, feeling what you’re doing, if not actually seeing it.

Still – it didn’t take long to deal with eight AN3 mounting bolts and four D-Sub connectors. Following the appropriate calibrations to the AHRS and magnetometers, we took off on a test flight, and were shocked to see a problem with AHRS 1 – it gave repeated attitude mis-compare messages, and the PFD was clearly unhappy, showing pitch and roll excursions up to 90 degrees. Having toured the Garmin labs where every new unit is tested for attitude rates and vibration, I was pretty surprised to see a new-out-of-the-box component with this behavior – as was Garmin. One or two email messages had a new unit on its way the same day, and when it arrived, it was quickly swapped out, calibrations performed – and the flight test was fine!

So problem solved… but what was the problem? Garmin takes this kind of thing pretty seriously, so the recorded data we had was sent for review, and the “bad” unit was put through its paces as soon as it arrived at Garmin. It was obvious from the data review that the problem was not present with the engine off, and appeared when the throttle was advanced for take-off. So when the unit had passed the acceptance test on the spinning platform, it was shuffled right off to the shaker table – where once again, it did fine. Then the technician looked closely at one of the installation pictures I had sent, and noted that one of the thumbscrews holding one of the D-SUB connectors to the AHRS was backed out a little. He backed that thumb screw out on the test rig and voilà- the problem showed itself immediately! Their analysis showed that the 3-axis accelerometer data got very noisy when the connector was loose and vibrating. So yeah – those connectors need to be tight. 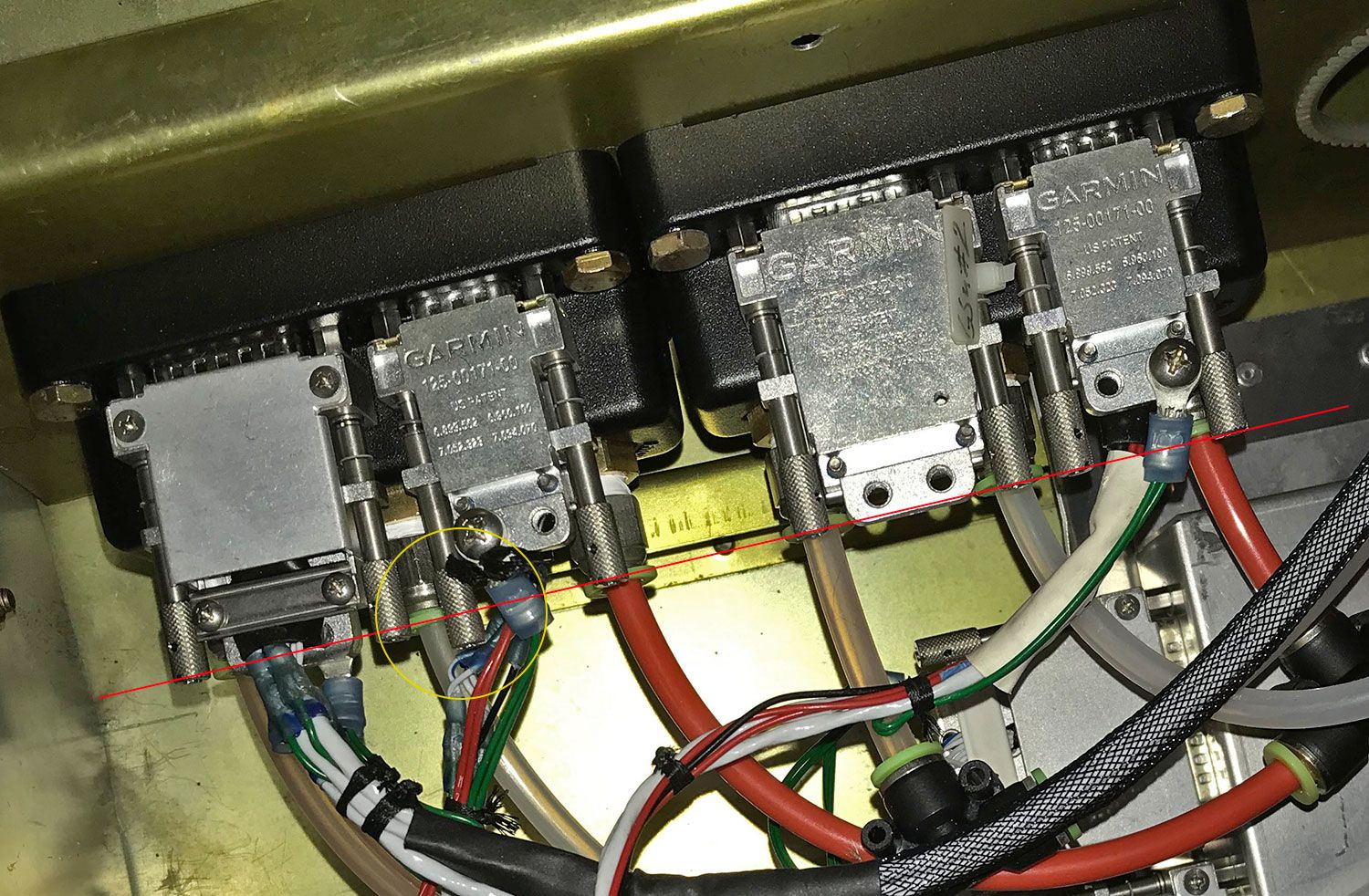 So here’s a little detail for you that I had never known before. I have always used thumb screws instead of those tiny little #4 screws that come with every D-Sub back shell in my installations. They make connections quicker and more secure. But now I know – they can back out! And furthermore, the Garmin guys asked me to look very closely at the thumbscrews that they supply accept a 3/32” Allen head wrench to help tighten them down. Now that is a detail that indicates some forward thinking! And while they also have holes for safety wire, I was told that they have never known anyone to use them. But maybe if I am going to the effort to tighten them all down, I’ll just pull out the safety wire as well. I mean… the devil is in the details!

Jim Weir - October 18, 2012
0
Don’t waste $250: Here’s all you need to know to install an inexpensive kitchen clock as a timer on your plane’s instrument panel.