Special Light Sport Aircraft (SLSAs), the factory-built, FAA-approved machines intended for those flying with the Sport Pilot license, became available in early 2005. Four years later, dozens of companies producing more than 100 aircraft models (mostly airplanes) have qualified as SLSAs under ASTM standards and FAA rules. From the outset of this activity, LSA watchers have speculated that with this many machines and companies in the game, a shakeout had to occur. It seems logical that the current worldwide financial crisis would have accelerated the demise of many weaker companies turning out these nonessential, discretionary-income-based products.

So far, however, the statistics suggest otherwise. Despite significantly smaller SLSA sales numbers in 2008 than a year or two earlier, the top-selling companies appear to be doing well. Maybe more important, even the small producers and importers—those selling fewer than 10 aircraft per year—are sticking with the program. Dan Johnson, who for 14 years wrote the “Light Stuff” column for KITPLANES®, and who makes his living evaluating, reporting on and admittedly promoting light aviation, says he knows of no SLSA company quitting business. Incidentally, Johnson recently accepted the position of volunteer president of the Light Aircraft Manufacturers Association (LAMA). He remains as CEO, also a volunteer job.

Accepting this assignment to check on the health of the LSA industry, I anticipated many hours of gathering and analyzing data. Fortunately, I called Johnson first, and he pointed out that his web site, ByDanJohnson.com, includes sales figures and analysis of the major LSA companies, based on FAA registration numbers. Accessing some of the features on Johnson’s site such as his flight evaluations of dozens of light aircraft requires paying a nominal fee, but the business evaluations section, marked by a tab labeled LSA Market Info, is free. It currently links to 21 articles—newest at the top—that provide year-by-year LSA sales numbers by company and a running analysis of the community. Johnson credits Jan Fridich of Czech Light Aircraft for help with this major reporting project.

What the Numbers Say

The first SLSA importers and manufacturers got off to a fast start, and early sales leaders remain at the front of the pack four years later. Topping the sales list from the beginning is Flight Design, which imports the German CT line of high-wing airplanes (two are carbon fiber and there’s a new, less expensive sheet-metal model). American Legend’s U.S.-grown Cub look-alikes are still second in sales. Remos, which appears as No. 7 on the 2008 list of total unit sales, is likely to move up, having sold 50 airplanes during the year through November. Flight Design sold and registered 55. The yearly sales data on Johnson’s web site includes all companies that sold 10 or more LSAs per year.

Of the top 10 companies, seven are based on foreign imports, and three firms manufacture their airplanes in the United States. Some companies import their products’ big pieces and assemble them in this country.

For the first 11 months of ’08, the number of registered SLSAs increased by 35% to a total of 1510. However, when total four-year sales are analyzed month by month, 2008 sales were down by 20%. Some of that reduction in sales certainly relates to the economy.

Rapidly increasing LSA prices, especially of European imports, has been an increasing concern. Johnson points out, however, that the doubling of Flight Design CT prices since first U.S. sales is due primarily to the worsening dollar/euro exchange rate. The rest of the increase is from advanced avionics and other features that customers want, including fancy interiors and autopilots, Johnson said. Other companies are also experiencing the same types of preferences by buyers.

A positive note is that the industry is developing infrastructure as it matures. For an indication of this, check out the F.I.R.M. List page on Johnson’s web site via the Light Sport Aircraft tab. This free feature can be searched for flight instruction, rentals or maintenance related to a particular design or even for location. Keep in mind that almost all of this activity has grown from nothing or evolved from the ultralight community in the last four years.

Another example of infrastructure enhancement is that to date, more than 20 companies have submitted their aircraft for voluntary consensus-standard audits by LAMA, which aims to help its member companies comply with the FAA’s rules. Worth noting is that the consensus standards require each company to plan for continuing support including parts availability by a subsequent provider if the original company goes out of business.

One of the main motivations for the FAA and hundreds of volunteers who participated in the Sport Pilot and Light Sport Aircraft consensus standards development under ASTM organizational guidance was to encourage a new generation of pilots. Initially, however, LSA sales were to older pilots who are downgrading from GA flying to reduce operating costs (fuel and maintenance) or to eliminate the need for FAA medical exams. Johnson and others in the LSA industry are counting on an increase in new Sport Pilot flight-training starts that will help replace sales to the older pilot population that are likely to wane. “LSA will be the segment to bring in a new round of aviators,” he said.

As the LSA market develops, important questions are being answered. For example, Avemco Insurance President Jim Lauerman has personally investigated the LSA accident rate and has suggested improvements to training that have been adopted by the industry. As a result, Lauerman has committed his company to continue insuring LSAs and their pilots.

The poor economy has certainly affected the spectacular growth of SLSA ownership. But for now, the relatively low overhead of LSA manufacturing, sales, training and support (compared with other aviation sectors) bodes well for the Light Sport Aircraft community, which added more than 1400 new U.S. recreational aircraft in just three years.

Hear again the drum that we have been beating for four years: SLSAs aren’t the only way to have an airplane that a Sport Pilot can fly. In addition to the legacy production aircraft that fit the rule, there are more than 300 kit and plansbuilt Experimental/Amateur-Built designs that meet the LSA restrictions and can be, by default, flown by Sport Pilots. That’s an impressive number that is, In fact, nearly two-thirds of the entire Experimental/Amateur-Built market!

SLSAs have the obvious benefit that you can fly right away—at least as soon as the financing and insurance are in order. The potential benefits of a super quickbuild ELSA aircraft designed off the SLSA platforms are that you can, with appropriate training, obtain a certificate allowing you to do major maintenance without having to build more than half of the airplane first. (As you know, the legitimate builder of an Experimental/Amateur-Built is eligible for a Repairman’s Certificate for that particular airframe, but this is not a transferable ticket, nor can the builder sign off condition inspections on other amateur-builts, even if they’re the exact same design.)

But the SLSAs come with inherent limitations, including the predetermined speed, weight and altitude limitations—for shorthand, that’s a maximum speed at sea level and maximum-continuous power of 120 knots CAS, a clean-configuration stall speed of no more than 45 knots CAS and a maximum gross weight of 1320 pounds for land planes.

Many Experimental/Amateur-Built aircraft meet these limitations outright or can be slightly modified to do so. In several cases, it’s a paperwork exercise, most commonly certifying the airplane to a lower maximum gross weight than the design normally carries. In a few other cases, where the airplane is too fast, careful choice of propeller and, even leaving off drag-cheating devices such as wheelpants and other fairings, will get the aircraft into compliance.

An Experimental/Amateur-Built aircraft, on the other hand, can be flown IFR by a properly rated pilot as long as permission to do so is written into the operating limitations and the airplane is properly equipped. It can also fly at night under the same rules. When flown by a regular Private Pilot, the LSA-compliant homebuilt is, in effect, just a regular old homebuilt.

The common knock against homebuilts as LSA has to do with the annual condition inspection requirements; either the builder with a Repairman’s Certificate or a certified A&P (Inspection Authorization not required) must do the signoff. We’ve heard claims that it’s “very difficult” to get A&Ps to sign off Experimentals to owners who are not the builder, but such claims are, in our view, more than a little overstated.

Many pilots, looking ahead to a day when they might not qualify for a medical, are building Experimental/Amateur-Built aircraft today that either meet or are close to meeting the LSA rules. When that time comes, they can be converted to full LSA-compliant designs. The only negative to this process is that once an airplane has been certified to a higher-than-LSA gross weight, it cannot be recertified. If you’re looking ahead, you’ll have to certify to the LSA weight and, potentially, live with the reduced payload from the start.

Still, going the Ex/AB route is an enticing prospect for many builders unwilling to spend nearly $100,000 for a new LSA. 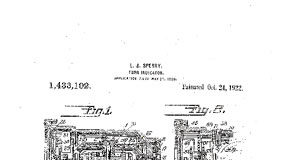 Kitplanes - May 28, 2020
2
Whether you build in a big box or a one-car garage, you can benefit from shop organization and tool selection.