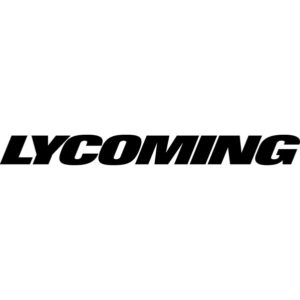 Lycoming Engines has submitted for ASTM D7547 UL 91 unleaded avgas approval on numerous engine models across the 233, 235, 320 and 360 engine series. Engines in the 540 series will follow as Lycoming completes additional validation, the company says.

The UL 91 approval will be announced via release of Lycoming Service Instruction 1070R. Together with the EASA Safety Information Bulletin, it will immediately enable the use of UL 91 on certain Lycoming-powered aircraft produced by manufacturers such as Tecnam, Cub Crafters and Zenair, and Experimental aircraft kits manufactured by Van’s, Glasair, Lancair, Zenith, Safari, Inpaer and all 233-powered aircraft.

“Many of our engines have been approved to operate on unleaded aviation fuel since 1995,” says Michael Kraft, Lycoming senior vice president and general manager. “Recognizing that not every fuel is available worldwide, we are continuously working to expand our specified fuels list to give pilots the flexibility they need to operate safely in the broadest range of locations.  Our approval of UL 91 supports recent actions by European fuel producers and EASA to stabilize aviation fuel supplies for light aircraft and respond to environmental concerns over lead in aviation fuel.”

European Union EASA Safety Information Bulletin No. 2011-01R1 states that: “No additional approval is required for the aeroplane, provided the aeroplane is already approved for operation with Avgas (according to ASTM D910, Def Stan 91-90, Mil-G-5572, GOST1012-72 or equivalent) or Mogas and the engine is already approved to use unleaded Avgas UL 91.”

“Avgas UL 91 is more environmentally friendly, and our goal is make it more widely available at airfields in Europe,” said François Guay, senior aviation fuel development manager of TOTAL in France, which produces UL 91. “Lycoming’s approval will help widen our coverage and distribution.”

When finalized, the Lycoming approval will enable engines and their respective aircraft originally certified to operate on 80/87 leaded aviation fuel and/or 91-93 AKI automotive fuel to also operate legally on ASTM D7547 UL 91 in the European Union, Kraft said. In the United States, use of UL 91 will require an additional approval by the airframe manufacturer. There are no known distributors of UL 91 in the United States at this time.

“UL 91 is not a replacement for 100LL, but it is a very robust aviation-suitable alternative to automotive gasoline,” Kraft said. “For many regions of the world it may provide an aviation purposed fuel at lower prices than 100LL for a significant segment of the fleet. Lycoming remains vigorously supportive of a long-term unleaded 100LL replacement fuel which could serve the entire installed base.”