The National Transportation Safety Board released findings this week indicating that pilot errors during Phase I flight testing and pilot transition into homebuilts are a prominent cause of accidents and incidents. According to the agency, the NTSB undertook this study because of the popularity of E-AB [Experimental/Amateur-Built] aircraft, concerns over their safety record, and the absence of a contemporary and definitive analysis of E-AB aircraft safety. The study employed several different methods and data collection procedures to carefully examine this segment of U.S. civil aviation. This comprehensive approach resulted in a detailed characterization of the current E-AB aircraft fleet, pilot population, and associated accidents.

As part of the study, the NTSB looked at  accident data over the last 10 years for statistical computation; it performed “in depth” analysis of accidents that took place in 2011; and the board took information gleaned during an EAA survey taken during July and August 2011 to help better determine aircraft use and hours flown. A difficulty of calculating accident rates for homebuilts is the somewhat sketchy hours-flown information on the breed. Unlike commercial and flight-training roles, users do not keep and report hours-flown data as accurately. Because the fleet is relatively small, less than 33,000 homebuilts are registered and there are comparatively fewer accidents overall, inaccuracies in the hours flown can dramatically skew the calculated accident rate. The NTSB did concede that poor characterization in the data—Experimental/Amateur-Built designs mistagged or poorly described—could lead to errors in calculating accident rates.

The NTSB reached 16 conclusions on the study and offered the same number of recommendations to the industry. Among the findings: risks could be reduced if builders would create and follow a more formalized Phase I flight-test plan; data gathered from electronic cockpits could improve the quality of flight test; and functional tests of aircraft fuel systems could “identify design deficiencies, leaks, and malfunctions prior to flight that would prevent fuel system- and powerplant-related accidents.”

The NTSB report acknowledges that Phase I flight test is challenging for all pilots and especially those with no or low time in type. It goes on to make the surprising recommendation that some Phase I flight testing would benefit from having a legal second pilot aboard. (The rules currently prohibit such a thing.) The NTSB says that, “The safety of E-AB aircraft flight testing could be improved for some pilots and flight test circumstances if a qualified second pilot was authorized to accompany the pilot for the purpose of flight testing and not training.” Which, of course, pushes the transition training aspect into aircraft that have completed their Phase I testing.

The board also accuses homebuilders of skirting the rules. It says, “Because no mechanism, other than the builder’s self-certification, currently exists to ensure that the aircraft has been adequately tested and determined to be safe to fly within the aircraft’s flight envelope or that the flight test data is used to develop an accurate and complete aircraft flight manual and to establish emergency procedures, it is likely that these flight test objectives are not achieved for some E-AB aircraft.”  In fact, the more successful kit manufacturers have ready-made operating handbooks available and there’s no shortage of user-created POHs available online.

In concluding the report, the NTSB makes 16 specific recommendations including suggested revisions of pertaining Federal Aviation Regulations and Advisory Circulars. It also wants to put some teeth into the development of a flight-test plan by requiring “the review and acceptance of the completed test plan documents and aircraft flight manual (or its equivalent) that documents the aircraft’s performance data and operating envelope, and that establishes emergency procedures, prior to the issuance of Phase II operating limitations.”

An important takeaway from the NTSB recommendations is that the basic design and often non-Cessna-like handling of homebuilt aircraft has escaped criticism. It concludes by imploring EAA to “create a coalition of kit manufacturers, type clubs, and pilot and owner groups and (1) develop transition training resources and (2) identify and apply incentives to encourage both builders of experimental amateur-built aircraft and purchasers of used experimental amateur-built aircraft to complete the training that is developed.” 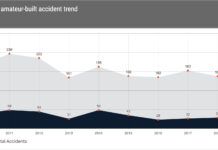 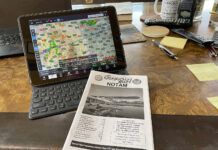 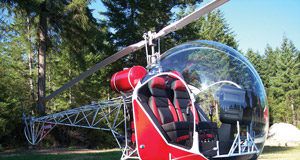