Home Magazine Exploring What’s Next for Aviation in America? (Hint: No AirVenture)

Never have I wanted a column of mine to become obsolete, inconsequential, a curious blip in time more than this one. In the 30 days since I wrote last month’s column to now, early April, our world has come to a virtual standstill. The immediate effects of the coronavirus (or COVID-19) have been to sequester individuals and families, shutter businesses big and small and, tragically, cost lives around the world. By the time you read this, the wide-ranging shelter-in-place restrictions might be starting to lift. Or they may not. We’re learning more every day but we still don’t know enough for any kind of lucid prediction.

As I watch more or less from the sidelines—your dedicated crew members here at KITPLANES® are generally virtual-office types except for those who have, um, real jobs—something interesting has emerged. While the Boeings of the world have had to shut down and furlough employees, the initial reaction of people closer to our orbit than Boeing or Airbus has been much more subdued and, even, just a little bit positive.

We benefit from being made up of smaller, more agile companies. And because the margins in manufacturing aircraft kits is thin, few of our companies are in big cities—no one needs that kind of high rent. So you’re likely to see our industry leaders in more rural locations, which so far have been spared the brunt of the outbreaks. That doesn’t mean they’ve been untouched. A few are working with minor changes to their processes, mainly by limiting or eliminating factory tours and customer pickup of kits and components. Most have sent office staff to work at home and rejiggered the shift schedules and/or working environment to maintain proper social distancing consistent with requirements in their home states. Inconvenient, but they’re still operational and that’s a big deal.

Until at least mid April, companies such as Van’s, Zenith, Sonex and Kitfox were continuing to build kits and components, while also providing sales and support via phone and internet. As this is written, Sun ’n Fun has been canceled for this year—“combined” with the 2021 event is the official word. But the need to make a go/no-go decision on AirVenture is still a month ahead of us—so, officially, it’s still in “go” mode. My crystal ball, which years ago I nicked with some 60-grit and then mistakenly cleaned with MEK, is as fuzzy as ever, but I’d guess the best case is we’ll have a delayed AirVenture, and worst case, none at all. I’m trying to remain hopeful—but I don’t see it happening in late July.

In real time, that presumed deadline was still a bit in the future when EAA’s Jack Pelton made the announcement that AirVenture 2020 was canceled. In early May, Wisconsin was still locked down and EAA feared that mobilizing its army of volunteers in time to create the big show was too risky. My sense of hope got zinged by the 60-grit and splashed with MEK as well.
Airshow coverage sponsor:

Already our industry is adapting. Zenith chose to move its builder workshop to a virtual platform and the Sonex Builders Group staged a Zoom-based fly-in. I expect more kit companies and builders groups will do the same, their delayed events hemmed in by all the summer activities that we might get to do by September on one side, and the onset of winter on the other. I do know that the enforced downtime affords the opportunity to get over to the hangar or down to the basement to continue working on our projects, and I’ve heard from builders who are taking advantage of the situation to pound rivets or spread resin.

Of course, the big question is how we will fare at the other end of this pandemic. There are many variables still in play but I find myself surprisingly optimistic. I was in this chair during the economic crash of 2008 and it felt different. I sense a coming together of human spirit and a sort of resilience that I didn’t get before. What I hear are things like, “We’ll do that when“ rather than if.

I worry about our airports and FBOs, however. At my home base, you could sense a slackening of activity early in March and then a much bigger drop-off when the local flight school suspended all flight training. Many of the students were from out of state, here only for training. Some will be able to hang on and wait it out, some will have to go home—and I don’t know if they’ll be able to return once the restrictions are lifted. On top of the likely free-fall of pilot demand as the airlines very slowly creak back toward capacity later this year, it’s a difficult and sudden change in prospect for young, career-aspiring pilots. I feel for them.

Tom Decker wrote in to comment on LeRoy Cook’s recent seat belt feature (“Belting Your Homebuilt,” May 2020 KITPLANES®). “Great article. [LeRoy] lists some of the suppliers for this product. I would like to mention one more. A couple of years ago, I went searching for a company to modify the non-buckle portion of the passenger seat belt in my Pulsar 582. This half of the seat belt was not adjustable.  Some of my passengers were slightly challenged around the waist.  The seat belt would not sit in ‘their’ center, made more noticeable with the off-center shoulder belts. Nobody could supply me with the simple mod that I needed. They all wanted me to buy new belts. The belts in my airplane are four-point harnesses so they would be quite expensive to replace. I finally found Aviation Safety Products in Blairsville, Georgia. They do everything with seat belts. You can buy complete harnesses, re-web belts or simply modify one half of a seat belt. I sent them the half belt I wanted modified (they reused my attach fitting) and specified the length I wanted. If I remember correctly, it took just over a week to get my part and it was quite inexpensive. Success!” My apologies to Aviation Safety Products (www.aircraftseatbelts.com) for somehow missing them in our story—and thanks to Tom for pointing this out. 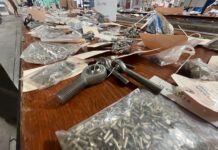 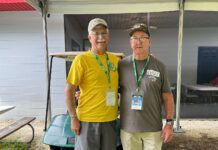 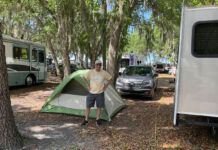 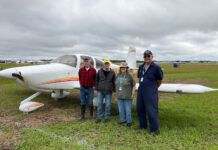 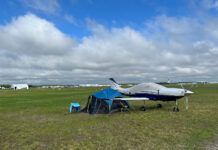 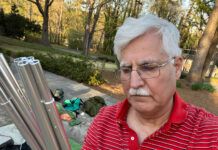