On Friday, March 9th 2012, it had been 4 years, 7 months and 17 days since taking over the RV7 project. It was a windy day and I headed to the airport after work to make preparations for the upcoming weekends’ first flight. The checklist was completed and I began to taxi and talk with the airport controller. There was no audience and winds were dropping – its time for me to fly! I taxied up to runway 33 at Kenosha. After what seemed to be a long reflective moment, I pulled onto the runway. After another reflective pause, power was added steadily and everything proceeded smoothly. I was in the air almost instantly and climbing quickly. Omg-omg-omg. Once in the pattern with nothing familiar, I requested to fly one circuit above the airport which allowed me to steady the plane and prepare for the controlled crash landing that would follow. I lined up for the approach and landed, maybe twice, and then came to a full stop. It was probably less than ten minutes, but seemed to be an eternity. The success and excitement of it all was reflected in the tower controller’s final transmission: Congratulations-did you Scotchguard those seats?! 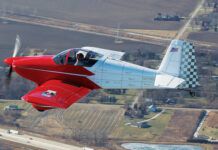 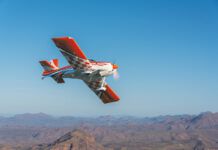 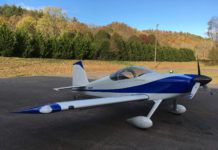 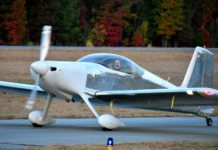 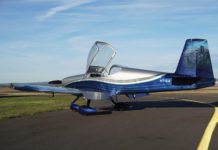 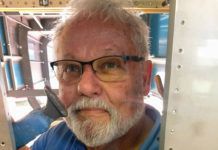 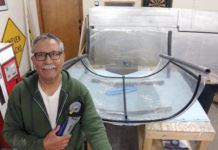 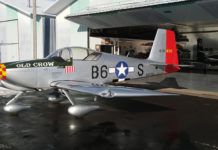