Monday was the official opening day of AirVenture 2022. It was one of the best days of my life.

The morning dawned cool and sweet, without a cloud in an impossibly blue Wisconsin sky. People in the dorm stirred early, anticipating the day. I dressed and rode the elevator to the ground floor, stepping outside to a coolness we are not accustomed to in Georgia in July. Then, I just sat down and waited.

A nondescript rental car rolled up and a window rolled down, revealing the beaming faces of two of the most handsome and loving little boys on planed earth, my grandsons. My oldest son, Drew, an attorney in Atlanta, had been planning this trip for almost a year. He flew into Milwaukee with the boys on Sunday night and got a hotel, planning to commute into the show on Monday, Tuesday and Wednesday.

Jackson and Davis sprinted across the parking lot to launch themselves into my arms. I hugged Drew, who made this all happen. We all rolled into the Blackhawk Commons dining hall for a sumptuous breakfast. I was amazed at how much two little skinny boys could pack in. We then crossed the street to catch the EAA bus full of happy people, headed to the show.

Jackson and Davis had been to the local Peachtree DeKalb Airport Neighbor Day airshow in Atlanta, but they had no idea of the immensity of AirVenture. As we entered the front gate, they darted from one wonder to the next, not shy about asking exhibitors probing questions or whether they could sit in a cockpit. In Aeroshell Square, we came upon a U.S. Air Force exhibit where the boys donned VR goggles and had a simulated F-35 mission. At that point, they were all in.

We rode the tram down to the Ultralight area and the boys tried out every cockpit seat they could cajole themselves into. They evaluated each ship, with extra points going to any craft in which they could actually reach the rudder pedals. After lunch at the Roxy Café, we wandered down to the area that was Drew’s favorite when he was a little boy; Warbirds. It was a weird and beautiful feeling, watching Drew explain P-51s and Corsairs to his sons, welling up memories of my discussions with ten year old Drew. It was 30 years ago, but it seemed like it took place 15 minutes ago.

We found a Warbirds Quonset hut with full motion Redbird simulators of P-51s. The boys were certainly game. As Drew was back seater for Jackson, I backed up the younger Davis. He started off by cobbling the throttle wide open. After he tamed the ensuing wild climb, Davis leveled out and throttled back. Next, he tried a roll, but dished out the bottom. I told him to pitch up about a hand’s width and then unload the stick. He did. I then told him to crank the stick full over till he was upright again. He nailed it. He grinned and then ripped off about eight or ten impressive aileron rolls, barely losing any altitude. I don’t know what Davis’s future may hold, but if it includes a passion for flying, I swear that I saw the spark right then and right there.

We all watched the air show under the shade of a Breezy on the flight line. Jackson curled up in my lap. The announcer gave us all the sad news of Tom Poberezny passing away that morning. What a great and gentle man. I could not help but think that he was looking down on the show with approval. If he could see me, with my oldest son and my two precious grandsons, I know he would flash a smile.

Paul Dye - March 21, 2013
0
Nobody's perfect. Neither is any airplane or airplane part—there’s always a tolerance from perfection, and that’s OK, as long as you understand the art of repair. 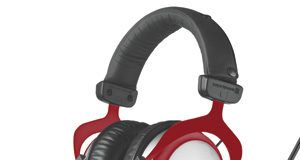