There’s still a need for two important devices in a radio stack: a VHF comm radio and an audio control panel. PS Engineering’s new PAR200B handles both, but focuses on saving space with a remote-mount VHF radio that’s channeled and displayed directly on the audio panel.

Shown at AirVenture this week, the PAR200B has a built-in four-place intercom with Bluetooth connectivity for streaming music and telephone audio (while displaying caller ID), plus it connects with the Trig Avionics TY91 transceiver. The PAR200B has other features found in the company’s standalone audio panels including the Intelliaudio with true dimensional sound, which allows the user to move the audio sources around in various positions in the headset.

We like that PS Engineering regularly refreshes its product line based on owner feedback. The PAR200B is a sizable improvement over earlier PAR-series panels because it packs more features as standard and has a larger function display, simpler menu structure and better controls—something owners have been asking for. PS Engineering said the PAR200B, which is priced at $3495, is aimed at VFR panels that are need of a modern radio and an audio system. We think the unit makes sense for more basic aircraft with tight panels—especially those with aging radios and intercoms. 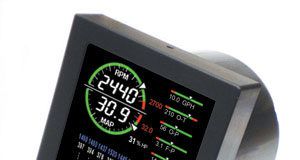 Mel Asberry - July 8, 2010
0
This month DAR Mel Asberry tackles questions about modifying an aircraft and the flight testing required, what should be on a dataplate, and what you need to know about getting an airworthiness certificate after completing a partially built aircraft.