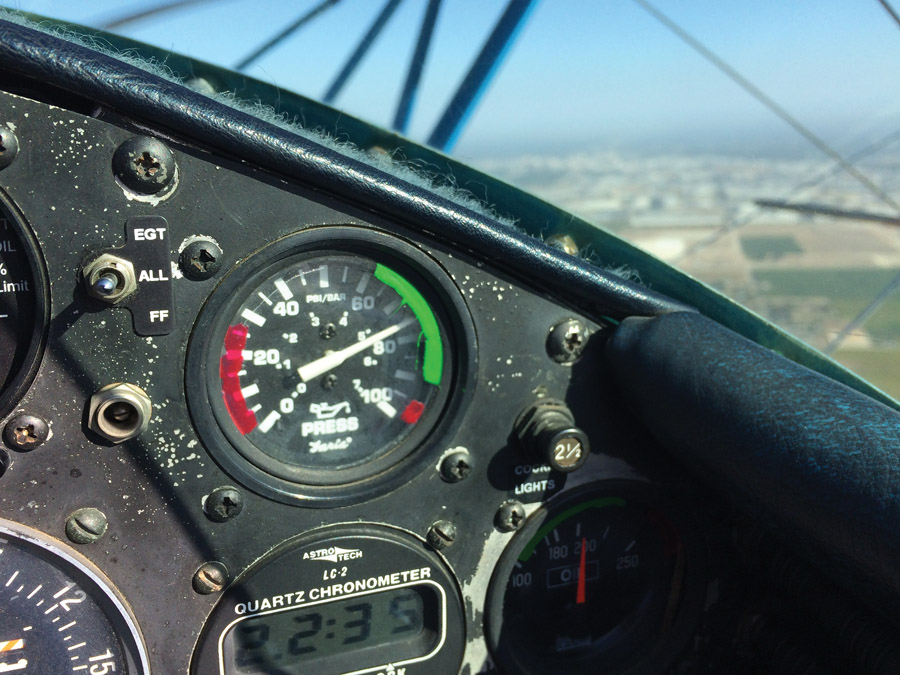 Being the perfect human specimen, good luck has been my steady companion. Well, so far, at least. The times when I should have been impaled, immolated, crushed or, in the context of this magazine, flung down from a great height are numerous, but for whatever happy coincidence, I’ve escaped most physical mayhem despite the usual fate tempting.

One longtime friend says I have a guardian angel working overtime. Of course, this is the same fellow who while prying manfully on a snap ring with one seriously large flat-bladed screwdriver—the sort some marketing sod with a keen knack for Mandarin translation labled “two-fisted”—slipped the tool off the work and directly into my mouth. I had been bent over his shoulder, holding the light.

It happened so fast I didn’t know what had happened, other than there was a foreign taste and gritty metallic texture between my teeth, not to mention a growing sense of distention in my cheek. The look on my buddy’s face was pricelessly horrified as he processed the scene, his hand still gripping the screwdriver, its shaft thrust into my mouth and the blade bulging my cheek. But for whatever happy cascade of improbables, I had been standing just so, the slamming arc of the screwdriver perfectly aimed, my friend’s reach luckily limited by the anatomy of his arm crossing his chest, my unconsciously held gap between my upper and lower teeth most fortuitously spaced such that the only consequence was a terrible scare on his part and a bit of perplexity on mine as to why he wouldn’t please withdraw the screwdriver already. My lips weren’t even bruised, much less a tooth knocked out.

And so I approached aviation with the complete calm of a youth who knew—not after reflection or measuring the odds or the benefit of sage council—but as one who simply knew nothing untoward would happen to him. Engine failures and crashes were magazine abstractions, war stories for innocent minds, and if such things occurred in the present, they happened out of sight to someone else. The concept was wasted on me at the time, but Achilles likely went into battle with the same satisfaction.

And for decades it was so. I rented Cessnas and flew them over mountain peaks and ocean edges without a care. I road raced cars and never so much as scratched a finger. At 32 I took up dirt bike racing with a friend, and after three years of roosting and jumping, of standing starts crowding 150 motorcycles into a 12-foot-wide first turn, I had only been inside the ambulance once. Charmed.

When it finally came possible to buy an airplane of my own, the idea of a store-bought model was anathema to me. Boring planes were rentable, so why own one of those? Building a plane was great, but I was up to my fetlocks in bambinos and mortgages to even consider the idea. But to buy an Experimental already built, now that was appealing, and so I came to my Starduster Too.

Naturally the budget was the usual shoestring, but a little sweat equity was always the way I got things done, so scratchy paint and surface corrosion patina were nothing new. And if some of that old hardware was to fail, well, that was just a possible monetary setback. Worry about what skeletons were hiding in that homebuilt? Yeah, yeah. We’ll fix those as we find them.

And like the hot rods, the airplane went pretty well. Yes, the first annual was epic, and a more observant man would likely have taken more notice, but it didn’t mean much more than inconvenience to me. I’d get on my dual sport motorcycle, ride to the airport, fly my Experimental over the mountains to the race track, sample race cars for my magazine job, and wonder why my wife seemed so genuine when she said, “Be careful” as I went out the door.

With a little bit of age came a little bit of wisdom, or self-doubt, depending on how you like to bend the language. There was the odd thought about where to go if the big fan quit on takeoff and some reflection when another guy with eight hours worth of fuel capacity ran out of gas a quarter mile from our runway and dug a new furrow in the field next door. Such visual proof Cessna plows are disposable, one-use devices made me rethink fuel reserves a bit, but again, this was a problem for other people.

Later I had changed everything firewall forward on my old biplane and felt pretty good about its continued ability to make the right noises and a refreshing blast of air. So there was an instant “hmm” when 10 minutes into a 2-hour cross-country, my instrument scan tripped over the oil pressure needle pointing to 45 and not the expected 75.

Must be a gauge problem.

By then the oil pressure was more like 42 psi. Every other indication was normal. Power, sound, temps…all fine. No oil on cowling or windshield.

Then the needle, slow as a minute hand, slid below 40 psi. Maturity began to settle between my ears. There had to be a leak, and that leak was on the bottom of the airplane where I couldn’t see it.

I set the power down to 20 inches and pointed the nose at the closest airport I could think of. I wanted all the speed possible but with as little load on the engine as possible. But as long as I had even just a handful of oil pressure, I knew everything would work out OK. But this knowing was not ignorant youth blustering its way through. Years of running engines of all sorts had taught me just a little bit of oil at a little bit of pressure goes a long, long way. In fact, no oil and no pressure would go a little way as oil impregnated in the engine’s very metal could carry the day at light loads for a few minutes.

But what a way to test that knowledge. The old “this can’t be true” stomach-gnaw experienced when crashing cars welled up for a nice, long stay. This wasn’t going to end soon, and it might not end prettily.

I kept up a furtive scan both inside and outside the airplane, but couldn’t help but stare at the oil pressure instrument. It was well down into the 20-psi range, and like the tide moving out, wasn’t going to stop. I could wish all I wanted, but that needle was going to fall. And I knew it was going to hit 0 well before the tires found runway.

Around 10 psi I had to forcibly tell myself to quit looking at the oil pressure gauge. Staring at it wasn’t going to change the inevitable, and maybe there was something I could do besides sit there and obsess over the consequences.

Visually I replaced the oil pressure gauge with a sea of houses between me and the airport of my desires. Was I to overfly this mass of innocents with my failing engine? Where would I go should the engine seize? My default description of the Starduster’s glide ratio—as you’ve read previously in this column—is that of a well-thrown sewer cover. Gambling over subdivisions seemed selfish, but somehow I knew it wouldn’t come to that.

And it didn’t. The airport was made, albeit in a hurry. I pulled the mixture when over the numbers and rolled off the active, a dripping mess originating from a pin-holed oil cooler. Investigation disclosed oil coolers, especially those that have sat around, collect dust on their exteriors; the dust collects moisture, the moisture corrodes the cooling fins, and oil pressure does the rest.

So, another lesson learned (solvent blast the exterior of your cooler during condition inspections) and more good luck spent. I’m giving it all the help I can these days but still hoping it doesn’t run out before I’m through!