Editor’s note: Author Paul Lamar is by any measure an outspoken proponent of the rotary engine for aircraft use. But there are undeniable challenges in adapting the engine for light-aircraft use-all of them, according to Lamar, eminently solvable. His appreciation of the Wankel comes from an intimate understanding of its clever design. We’ll permit him to take it from here.

When the crank is turning 2500 rpm, thats 42 revolutions per second, and the speed of the crankpin is 55 feet per second, moving in a circle (42 rev/sec x 1.31 feet). The piston speed is therefore the same as the crankpin speed at the 3 and the 9 o’clock positions.

Let’s assume for the moment that the connecting rod, the piston pin and the piston with the rings weigh 7 pounds. They all move the same way the piston does. Mr. Newton said, and he seems to be right, that force equals weight times G. The 3-pound piston alone looks like 870 pounds to the rod in the form of inertial load. Mr. Connecting Rod has to push or pull that 870-pound piston back and fourth once every 0.006 seconds. As far as Mr. Crankpin is concerned, that 7-pound collection of parts looks like it weighs about 2000 pounds.

This is a simplification of course. The compression and combustion pressure loads sometimes add to and sometimes subtract from these inertial loads. I cannot imagine a piston engine made without lightweight pistons. The piston engine, as we know it today, would not be possible without aluminum pistons.

Metal fatigue happens when the force and, therefore, the stress repeatedly reverse on a part. The cylinder spacing, rod length, rod journal diameter, main journal diameter and cylinder bore all have a large effect on the fatigue life of a piston-engine crankshaft.

According to Charles Fayette Taylor, in the seminal The Internal Combustion Engine in Theory and Practice, Volume 2, the major problem with piston-engine crankshafts is the fillet radius between the rod and main journals and the crank cheeks. The fatigue limit stress can be as little as 5% of the breaking stress of the crankshaft if these fillet radii are too small. The fatigue limit is defined as that stress level where the part will live indefinitely. Usually if the crank does not crack in 2 million revolutions (or 13 hours at 2500 rpm and max power), it will live forever. Nobody does that test, however. The FAA engine certification test requires full power at sea level for only 5 minutes at a time. If you run an aircraft engine mostly at 75% power, it will probably last about 2000 hours.

Unlike a traditional aircraft engine, the automotive engine cylinder spacing is too close to allow adequate fillet radius in the crank cheeks. Engine size and length are everything to an automotive design engineer. The engines are absolutely no larger than they need to be, and they’re not that large to begin with thanks to liquid cooling. Cylinder spacing was a major factor that held back the Orenda V-8 aircraft engine, which was based on a Chevrolet big-block V-8.

If you run an automotive piston engine at 6000 rpm and full power, you will exceed 2 million cycles in about 6 hours. Automobile engines only reach full power for a fraction of a second in a flat-out acceleration run, but there is some modest manifold pressure and horsepower level where the auto engine will live indefinitely. That level tends to remain unknown because most auto engines are designed to run indefinitely while generating only about 50 horsepower or less. What you wind up with is an engine that has a poor power-to-weight ratio or a limited life when used in an aircraft, where the expectation is for use of a high percentage of maximum power over the life of the engine.

These limitations can be circumvented to a certain extent, and the life of the engine increased, by substituting better materials such as forged and heat-treated 4340 for the cast iron typically found in automotive crankshafts and rods. But this increases the cost of the engine almost to the point of a traditional aircraft engine, while the TBO is unlikely to exceed 1200 hours.

What if we increase the diameter of the rod and main journals to provide more overlap? This will work-up to a point. Plain journal bearings have a limited range of ratios of diameter to width in which they will work. If the diameter is too large relative to the width (read cylinder spacing), dynamic oil pressure in the space between journal and rod or between journal and main saddle will be lost and the bearing will fail. Large-diameter journal bearings also add friction, and they also add a lot of weight to the crankshaft and rods. An over-the-road tractor-trailer diesel engine is designed to run at peak power almost indefinitely. Such a 300-hp piston engine would weigh in the neighborhood of 2000 pounds.

If you are going to design a V-8 or V-12 aircraft piston engine, you need to start with a clean sheet of paper. The V engines (and all other in-line piston engines) are trying to shove their crankshafts through the bottom of the blocks. The extra main bearing structure required to support this is heavy. A horizontally opposed engine will weigh less due to the more efficient structural layout. The load from one side is partially balanced by the load from the opposite side.

No More Back and Forth

The beauty of the Wankel, on the other hand, is that the eccentric shaft is straight through, yielding no concentrated stress problems up through four rotors and maybe more. The loads on the eccentric shaft are always in one direction; they do not reverse. Load reversing is what causes metal to fatigue. Consequently, the life of an eccentric shaft is unlimited, and the same thing can be said of the rotor. If the wear of the seals and the sliding surfaces can be reduced to low levels, the life of the rotary could be 10,000 hours or more. There is some evidence that silicon-nitride ceramic apex seals moving on the chrome-plated rotor housings may have a life of 30,000 hours.

All things being equal, like intake breathing, the horsepower of an internal-combustion engine is directly proportional to the rpm at which it can be run. The Wankel engine breathes extremely well at high rpm due to the lack of poppet valves getting in the way of the intake and exhaust ports.

The idea of an aircraft engine turning 6000 rpm takes some getting used to. However, only the eccentric shaft turns at this speed; everything else turns at 2000 rpm. At these rotational speeds, the gas pressure and centrifugal force are balanced, and this is actually easier on the engine.

The Achilles heel of the aircraft piston engine is the exhaust poppet valve. Typically it runs at 1200 to 1400 F. Aircraft engine exhaust valves are constantly on the verge of failure. These valves are made from the finest materials available and, in the case of Lycoming, are also sodium cooled internally. This brings a high price, and a Lycoming exhaust valve costs more than $250. The rotary intake and exhaust valving system, on the other hand, has no moving parts of its own. Its like a two-stroke engine: The rotor itself opens and closes the ports.

Unlike any piston engine, the Wankel rotary is in complete and precise balance, just like a turbine engine or electric motor. Despite commonly held beliefs, it is impossible to precisely balance any piston engine, as there are always reciprocating parts that oscillate back and forth.

Nevertheless, the Wankel rotary can rotate far faster than an equivalent horsepower piston engine, adding to its intrinsic power-to-weight ratio and small size advantages. Also this centrifugal load due to the weight of the rotor never changes direction on the e-shaft at high speeds, so a cracked or broken e-shaft on a Wankel rotary is unheard of. This is why the Wankel rotary engine manufacturer can afford to make the rotor out of low cost and extremely durable but heavy cast iron.

Further development of the rotor is possible. Better casting techniques are used by Mazda to reduce the weight of the rotor in the RX-8 engine, which is rated at 250 hp at 8500 rpm. Not bad for a 200-pound engine thats 12 inches wide, 14 inches high and 17 inches long. This is an exceptional power-to-weight ratio and power-to-size ratio that exceeds any piston aircraft engine despite its use of low-cost cast iron rotors and end housings. Whats more, Mazda has now developed this engine to have better fuel burn efficiency than its four-cylinder piston engines.

Rotors made from other material with a better strength-to-weight ratio than cast iron may eventually be used. A more costly aluminum rotor is possible with steel inserts in the high-wear areas of the apex-seal slots. A titanium rotor is also a possibility, as is a sheet-steel rotor, perhaps one that is laser-welded together.

Curtiss Wright failed to take advantage of this weight reduction, not realizing that some day the rpm of the rotary would be limited to 11,000 by the weight of the rotor. Modern material, like beryllium aluminum alloy, would make aluminum rotors even better. Be/Al alloy is three-quarters the weight of just aluminum. My guess is the rpm of a two Be/Al-rotor rotary engine (weighing 180 pounds) would double to around 22,000 rpm and the horsepower would also double to about 1600 for an all-out, p-port turbocharged racing version. That would be a power-to-weight ratio much better than a pure turbine, with about half the fuel burn and one-tenth the cost of a turbine.

When this happens it will be an earth-shaking event. A 300-hp car engine could shrink to less than the size of a football. The empty weight of the car would also decrease, as it is largely a function of the engine weight. The light-aircraft industry would never be the same if these super power-to-weight-ratio rotary engines were used in VTOL designs. 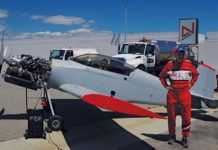 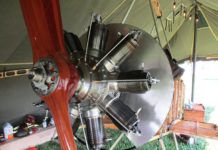 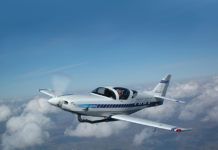 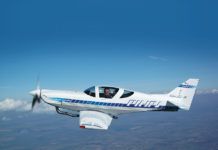 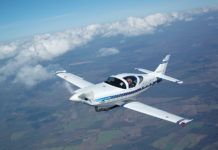 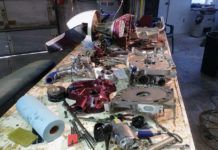 How to Build Your Own Engine (Or Maybe Not)