For all its vaunted vitality, for the most part youth is an affliction on society. All that enthusiasm coupled with so little experience for what can go wrong means parents spend a decade playing something between provider and parole officer while the general public hides behind airbags and curfew laws.

But somewhere along the way most of us used-to-be-youths successfully empty the bag of experience into a sack of knowledge, wherein lies many a good story. That each of these tales has a message, a little knick in our brains that says, “Don’t do that again,” or “Maybe a little less throttle next time,” is the blessing of it all. Or so we hope.

As a social irritant I was to a great extent a dullard if only because I was sequestered out in the sticks. But I did prove something of an overachiever on pavement shortly after learning how to shift out of first.

Arriving at the local airport at 16 should have had front-page results according to those who knew me then, but there was something of importance about aviation—likely an advanced fear of falling from great heights—that more nurtured a love of learning rather than flying under bridges. In short, I was a nerd in the air, and besides, that tempting span over the interstate east of town was decades in the future in those days. 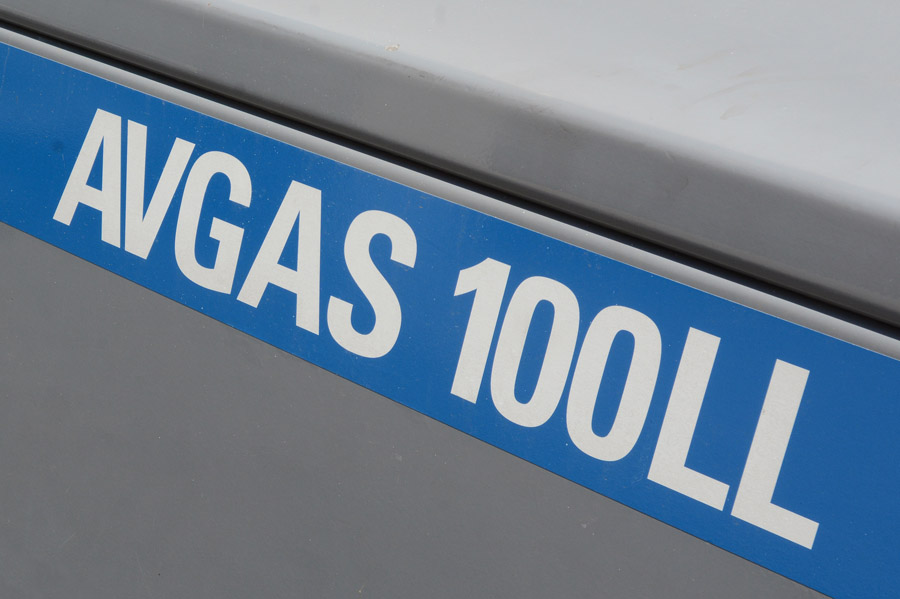 On the ground, however, there was no fear of falling and I was still as absentminded as a length of pressure-treated 4×4. And for sure keen as a groom given a steering wheel. So, naturally, I became the airport’s line boy and was handed the keys to the gas truck.

Now, the gas truck was simply too far left of the F=ma formula to pose any real danger as a dynamic object. An early ’50s Chevy, it matched what felt like 80 pound-feet of torque to what must have been 10,000 pounds of curb weight. The 3-speed transmission shifted with the alacrity of a bored DMV clerk, and the manual steering no doubt served as the inspiration for infomercial workout equipment.

No, the gas truck could not be tossed around, unlike my dad’s pickup and camper combo I often drove to work. I never failed to pitch that rig sideways on the sandy patch where the access road curved around the end of the runway.

But the gas truck did prove instrumental in a youthful indiscretion so egregious I never told anyone about it until now. It was nearing sunset, the time for making the fueling rounds, when I parked the ‘ol fuel bowser in front of a hangar. In those days there were no worries about fueling aircraft inside hangars, so I opened the hangar and began fueling the Cessna.

Then the gas truck ran out of gas. That is, the truck’s mogas tank ran dry, not the big avgas tank. Bereft of combustibles the Chevy went silent, meaning the PTO quit turning, and the 100 octane stopped flowing out of the hose. So, as we always did, I put the 100 octane hose in the truck’s gas tank, cranked the starter motor until fuel made its way from the big tank to the Chevy’s carburetor, whereupon the engine restarted and the truck began filling itself.

A thorough nerd, I was long into debugging the windshield when something—the smell of fuel perhaps?—reminded me the gas truck was running out there on the ramp, and hadn’t it been running a long time? Uh oh.

I dashed to the hangar door and abruptly stopped, realizing I was quite possibly moments away from being dead in my tracks. For there was the gas truck idling in a sea of avgas. Gasoline geysered from its long since full filler neck, spreading at least 80 feet from shore to shore, with the old Chevy like an island in the middle. Safety being paramount, the exhaust system on the fuel truck ran forward, the muffler ensconced behind the front bumper and the tailpipe pointing downward. It was puffing ripples in the 100 octane, and I still recall imagining the scene should providence provide a spark sufficient to complete the fire triangle.

And at the same time I realized there was no way around it. I was going to have to walk into the middle of this potential hell and switch off the engine. Then get rid of the stick in the hose nozzle and hide like a mole until all that gasoline evaporated.

Maybe, if I were lucky, no one would notice.

No one ever did. The boss was elsewhere (probably out flying), even better, so was his wife who really ran the joint, and the office manager, who had an up-front view of my personal Vesuvius through her expansive office window, apparently never swiveled her office chair around. The evening breeze was blowing, and a half hour later the gas truck was on dry ground once again. The Cessna was fueled and no one ever asked me where all the extra gas had gone when the meters and fuel receipts were read at the end of the month.

I was luckier than a July snowflake on Mt. Kilimanjaro—and learned a big lesson on paying attention around gasoline. Fright of burning to death was (finally) enough to get my teenage attention; that, and what the boss would have done should he known or I had somehow survived reducing our airport to cinders.

Luckier yet, all this happened back when dumb kids had more of a chance to learn almost the hard way. Today there are probably 15 new rules against everything I was doing that day, and yet bad as it could have been, it wasn’t. I learned and sinned no more, a fact I try to remember when some “dumb kid” innocently goes about learning a new skill in front of me. It’s tough, but I try!

The Big Picture and Red Herrings

Larry Anglisano - November 25, 2019
1
Selecting a GPS for your project has never been easy, even in the early...