We normally take our fast RVs on longish cross-country tips, but this weekend’s mission was to take some stuff down to Big Bear Lake in Southern California, and that meant we need a bit more room – so the big Tundra got the nod, trading speed for shear load-carrying capability. I’m used to fairly tight cockpits, so it was a pleasure to spread out a little – heck – we even have room and the stability to set an iPad on the glare-shield, as if a three-screen Dynon SkyView EFIS wasn’t enough.

My, cross-country flying in big slow airplanes has changed. Now we have all of this interesting stuff to play with – from ADS-B traffic to weather, there is no doubt what is going on in the world around you. Right about this point in the flight, we were negotiating a crossing of the Edwards AFB complex of Restricted airspace (easy on a quiet Sunday morning), and changing our flight plan from going around to the west t going straight across the hallowed ground of flight testing. It was fun to watch the “glide range” circles on the various devices – a fairly recent feature in tablet and EFIS systems. The Dynon showed a nice cycle, with the airplane off center due to winds. The Foreflight on the iPad showed a much more complex shape for the glide range, because it was taking into account terrain – but it did ‘t know anything about the winds, so it wasn’t telling the whole story either.

Meanwhile, some traffic had just passed under us, opposite direction, 2000’ below, and climbing. Must not have been talking to Joshua approach, because we never got informed of him. Didn’t look like a conflict, but he was climbing – and out in this part of the world, climbing is often straight up! One of the other really nice features of ADS-B weather is the capability to go look at the METARS for your destination (and alternates if you are thinking about one). Many people think about in-cockpit weather in terms of NEXRAD – but I find I use the ability to see what’s going on up ahead long before I can tune in an AWOS to be even more valuable. Today, we were getting forecasts of winds at our mountain destination that would be close to our tested cross-wind limit in the plane. But I was relaxed because they simply weren’t showing up – and in fact, we had a few knots straight down the runway upon arrival. If they are going to blow a forecast, that’s the way I want it to go…

Yup – lots of capability these days, droning along at 115 knots TAS. What’s even more amazing is that this is a VFR machine – no IFR navigation capability at all. We’ve come a long way in a few short years, haven’t we? 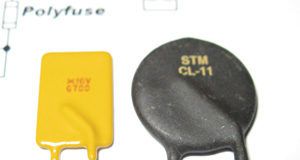