There has not been much technical change of the Revmaster 2300 Turbo engine since last year’s Alternative Engine Conference in Temecula, California. A development of Revmaster’s decades-long line of VW-based engines it’s received the usual detail tweaking and behind-the-scenes preparation for volume sales in the last year. It’s taking longer than Revmaster major domo Joe Horvath would like, but he says the engine is coming along well and will be on-sale soon.

The 2300 Turbo should be rated around 85+ hp, with a critical altitude of 12,000 ft. Expect a price premium of $3,000 to $3,500 over the naturally aspirated 2300 Revmaster, along with 3-4 month lead times to delivery once an order has been placed. For more information visit www.revmasteraviation.com. Contact! magazine has also published an extensive story on this engine in June 2012 (issue #104.5).

Vic Syracuse - March 27, 2022
1
I find that overheating and intermittent electrical gremlins are some of the toughest problems... 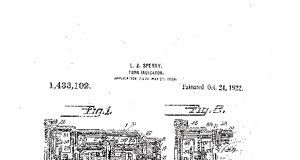