The airports or other ground sites an airplane must operate from have a significant impact on the design, which is why they must be considered as part of the initial mission specifications before we can begin to lay out the configuration of the the actual airplane. In previous months we have looked at the effects of runway length, and the terrain and other obstacles around the runway. We now turn our attention to the runway surface itself. 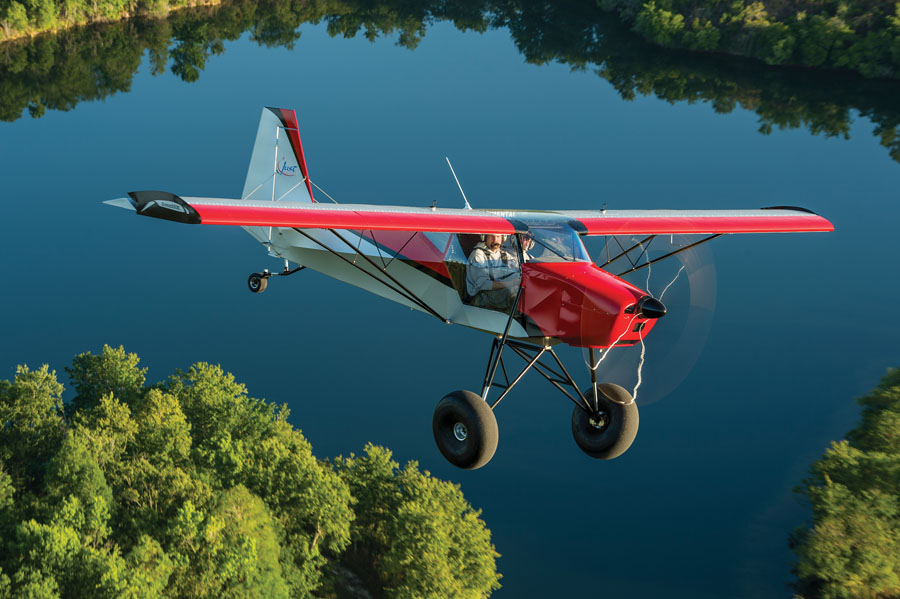 The first runway characteristic of concern is the effect of friction between the runway surface and the landing gear of the airplane. Runway friction is a two-edged sword: It hurts takeoff and helps landing.

During takeoff, friction between the wheels and the runway opposes the thrust of the engine. This slows the acceleration of the airplane to liftoff speed and lengthens the takeoff roll.

On landing, the level of friction possible between the wheels and the runway determines how effective braking will be to slow the airplane and bring it to a stop.

One reason most airports have paved runways is that smooth pavement provides the best friction characteristics. On takeoff, the wheels roll easily on the hard, smooth surface and generate minimal rolling resistance to acceleration. On landing, the tires have good grip on the surface, and the pavement itself is strong enough that it does not shear under the tires.

Water on the runway can affect this significantly. A modest amount of moisture on the runway will not significantly hurt takeoff, but it will reduce braking effectiveness and can increase stopping distance by as much as 15%, even if there is no standing water or actual puddles.

Grass has differing effects on takeoff and landing. On takeoff, the wheels of the airplane must push the grass aside or down. This takes energy and increases the rolling resistance of the wheels, hurting acceleration. Dry grass on a runway with firm, otherwise smooth soil under the grass can increase takeoff roll by as much as 20% compared to the roll on smooth pavement. If the grass is wet, this can increase to 30%.

Paradoxically, while grass increases rolling resistance on takeoff, it actually reduces braking effectiveness on landing. Grass may shorten the “no brakes” landing roll, but it will increase the minimum landing distance because under braking, the blades of grass will shear and form a lubricating layer between the wheels and the ground. On dry grass, the minimum landing distance can increase up to 15% compared to dry pavement. Wet grass is even worse, since the grass holds water and the combination of grass and water is very slippery. Interestingly, short grass is worse than long grass because short grass holds enough water to kill off braking action, but the grass itself does not produce as much resistance as longer grass. “Normal length” (up to 8 inches) wet grass landing distances can be up to 35% longer than on dry pavement, while very short grass that holds water can increase landing distance by up to 60%.

The airplane must be able to safely take off and land from any airport it will normally operate from. If the airplane is going to operate from grass or other unpaved surfaces, the designer must take the degradation in takeoff performance and landing distance into account in the configuration of the airplane.

Braking is fundamentally limited by the slippery nature of the runway. Some small improvements can be had with larger tires with more contact area, but the only other ways to improve braking are to have effective aerodynamic drag devices like highly deflected flaps or an ability to use reverse thrust for propulsive braking.

Unpaved runways can be quite soft. Grass or dirt runways get softer after rain or snow melt soaks the underlying soil with water. Sand, gravel, and snow have an intrinsic softness due to the nature of the material, although the softness of snow/ice runways can vary widely depending on temperature and the characteristics of the snow itself.

What all soft runways have in common is that the airplane’s wheels tend to sink into the surface under load. As the wheels sink in deeper, it gets progressively more difficult for the thrust of the engine to overcome the resistance of the partially sunken wheels. In extreme cases the airplane may become mired and be unable to move at all.

To get acceptable takeoff performance off soft runways, the same approaches as described above for other unpaved runways are appropriate. Lower wing loading and a high-lift system that can augment low-speed lift at minimal drag penalty are particularly effective here, since the best way to reduce the drag caused by the wheels ploughing through the soft surface is to use aerodynamic lift to offload the wheels as soon as possible.

Airplanes that operate from soft fields also require a lower loading on the tires to minimize the tendency to sink into the soft surface. This means that, for a given gross weight, the tires will be larger and have a bigger footprint. These larger tires will, in turn, carry with them an inevitable penalty in weight and drag that must be taken into account in determining the overall performance of the airplane.

Not all runways have smooth surfaces. This is particularly true of natural or “unimproved” landing spots. The need to take the loads imposed by rolling over rough ground and protect the airframe and propeller imposes additional requirements on the airplane and landing gear.

Many of the things already discussed for operation from unpaved runways still apply: The poorer the runway surface, the more desirable it is to minimize takeoff and landing speed to keep the loads down and get clear of the ground as soon as possible.

Rough-field operations require the airplane to have more propeller ground clearance and stronger landing gear. It’s also very desirable for the gear to have more shock absorbing stroke than would be necessary for operating off of smooth, paved runways. Larger tires to help cushion the loads and bridge smaller irregularities are also desirable.

All of these things make the landing gear of a rough-field airplane larger and heavier than the gear of a smooth-runway airplane.

Rough-field operations are an area where taildraggers have a significant advantage over tricycle-gear airplanes. Main landing gear are sized and have shock-absorbing travel to control and withstand the primary landing loads. While some additional shock travel and reinforcement is needed to handle the additional pounding caused by a rough field, it’s a relatively small percentage increase for the main gear.

The same is not true for nose gears. Nose landing gear typically does not need to withstand high loads since the airplane lands on the mains, and the total load on the nose gear is relatively low, even when it is on the ground. For rough-field operations, where the nose gear will be subjected to significant loading caused by the rough surface, the loads are much higher than for smooth runway operations. Accordingly, the increase in nose gear strength, and hence weight required, is a much larger percentage over the smooth-runway requirement than it is for the main gear.

In addition, because the nose gear will have more travel to control loading during takeoff acceleration and on landing rollout, it must be longer to ensure propeller ground clearance is maintained, even when rolling over significant bumps in the runway.

All of these runway considerations impact the overall design requirements for the airplane. Landing gear weight and drag will impact overall performance, and in some cases, takeoff and landing requirements imposed by runway surface conditions may end up sizing the wing and/or engine of the airplane.