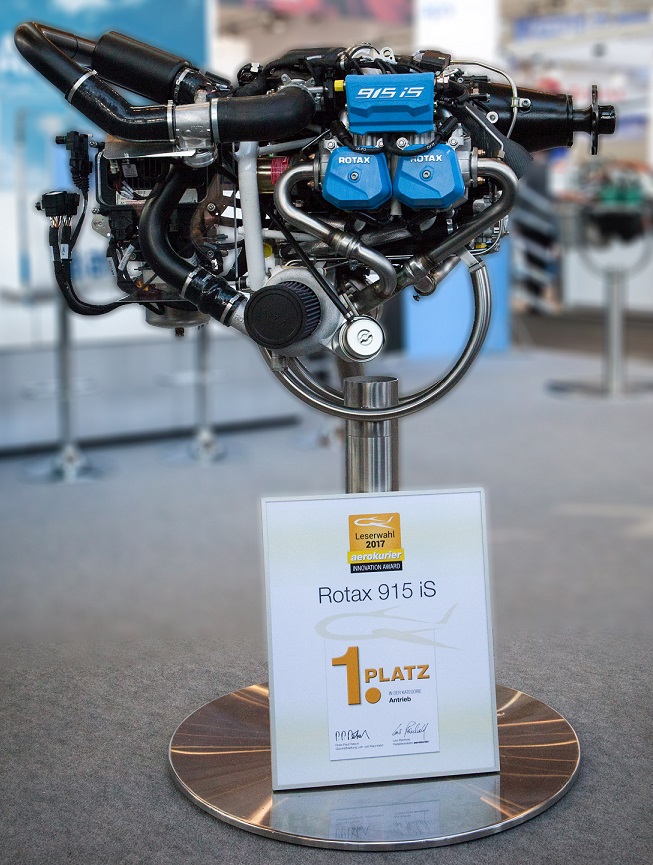 BRP-Rotax’ latest aircraft engine development, the Rotax 915 iS aircraft engine, was awarded with the German aviation magazine aerokurier’s Innovation Award “powertrain of the future” during the AERO Friedrichshafen, the largest trade show for general aviation in Europe.

“We are pleased about the great response of aerokurier’s readership, who voted for our Rotax 915 iS aircraft engine as “powertrain of the future,” which will be available on the market second half of 2017, said Thomas Uhr, Vice-President Powertrain BRP and General Manager BRP-Rotax GmbH & Co KG. “This tremendous commitment demonstrates once again that we have brought the best product for our customers on the market and we assure that we will not stop here.”

The tender for the reader’s poll was divided into six categories among the most innovative and those who have a determining influence on the aircraft industry. With more than 175,000 engines sold in 42 years, Rotax aircraft engines lead the light sport and ultralight aircraft market. With 19 authorized distributors and a network of more than 220 points of sale and repair centers supporting customers worldwide, Rotax aircraft engines are supplied to more than 80% of all aircraft manufacturers in its segment.

Brad Benson - August 21, 2014
1
A different approach to a popular modification. By Brad Benson.