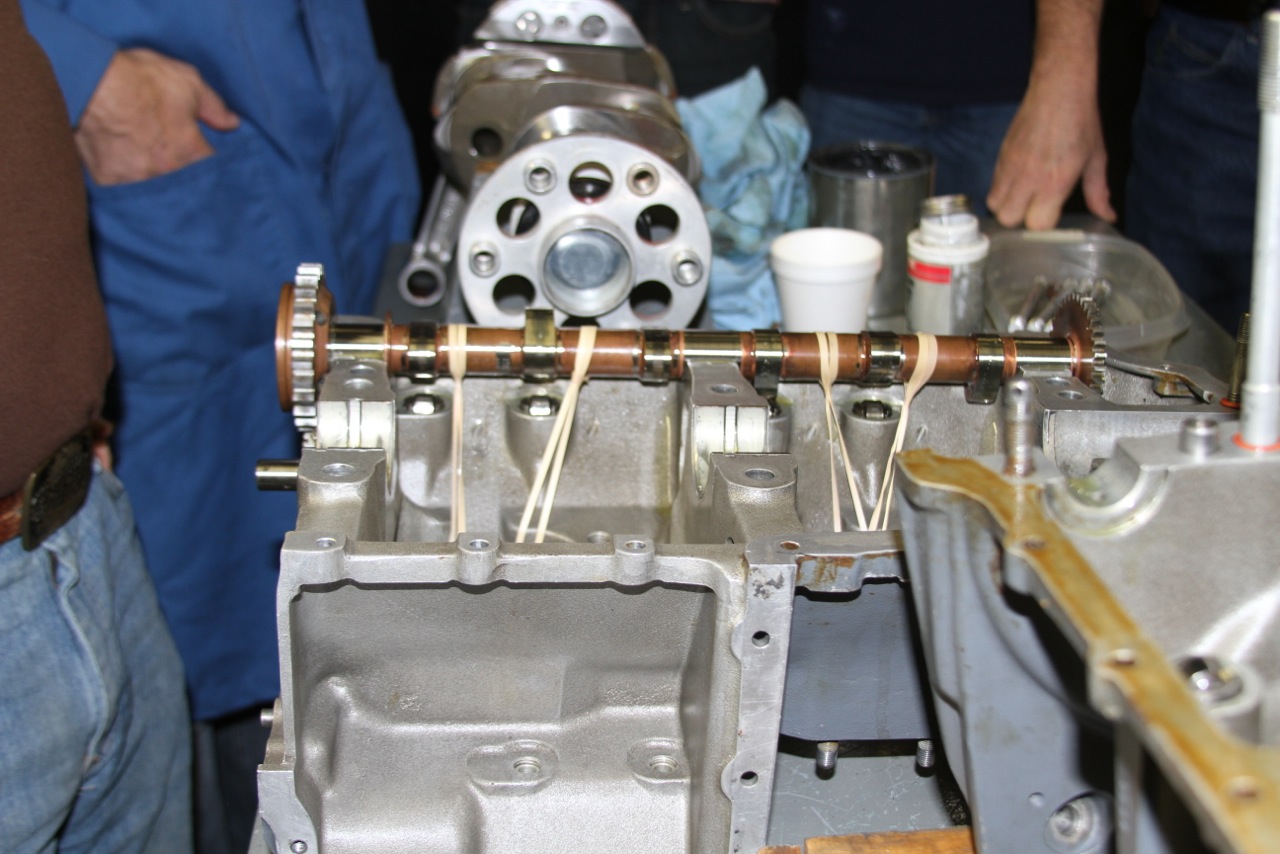 I have watched and helped with the assembly of Lycoming engines before – but each time I’ve seen it done, there are little variations on the theme. For instance, many assemble the case around the crankshaft mounted vertically on an engine stand, while at the Lycoming Service School, they teach their students to close the case on the workbench – and the technique is interesting. Instead of having to get a couple of assistants to make sure that the bearings stay in position, gravity helps with that task – but it also makes the camshaft fall out! Enter the rubber band trick.

With the right side of the case laying center side up, and the crankshaft in place, you put the camshaft in the left side and let it hold the tappets in their holes. Then you grab some standard medium-sized rubber bands, loop them around the camshaft, through themselves, and then stretch them through the cylinder base holes and hook them on a stud. Now the camshaft won’t fall out when you turn the left half of the case open-side down.

After you align the two case halves and seat them together, you simply reach in and remove the rubber bands – very simple. It’s little tricks like this that make the class worthwhile. Not to say that you can’t do it another way, but it is the way that the factory assemblers use on every new or rebuilt engine that leaves Williamsport. Whether you are buying a factory motor, having one built by your favorite custom shop, or putting one together yourself, the information you get from the class might just give you a fresh insight into how to better maintain and operate your engine.

One more day of class will see the engines complete and the class finished. Look for some articles on the complete class experience in future issues of Kitplanes!

Myron Nelson - May 17, 2019
1
Conquering unforeseen challenges when building, flying, and maintaining an aircraft.