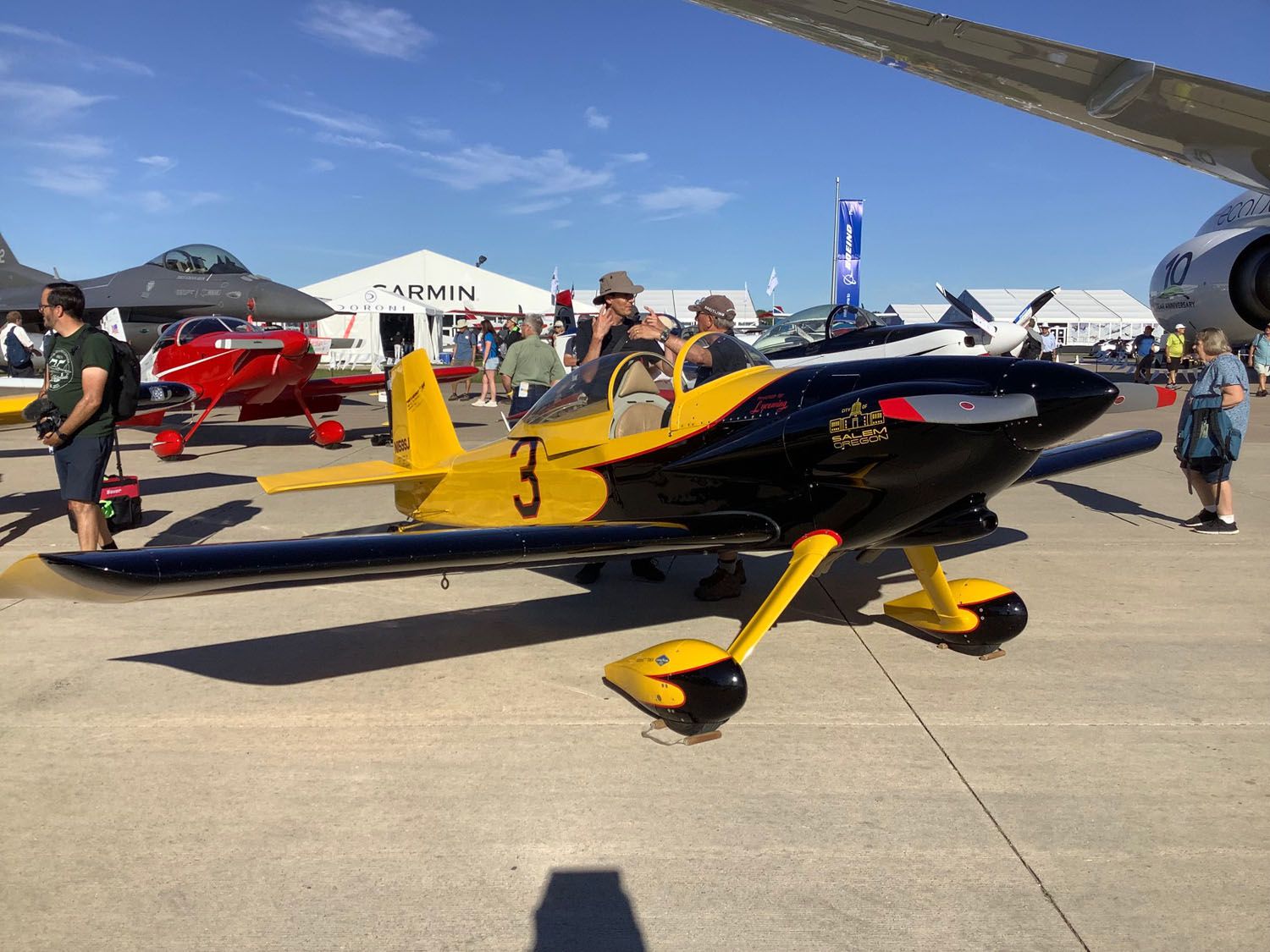 A flock of RVs taxied into Boeing Plaza this morning and will be on display until after this afternoon’s air show finishes. A least one customer-built example of every kit model is there so it is your opportunity to see a rare (and beautiful) RV-3, Tony Kirk’s RV-7 that was featured in this month’s KITPLANES, and some other well-known (and other unknown) RVs. If you miss them today, they will all be tied down just east of the Van’s tent tomorrow. 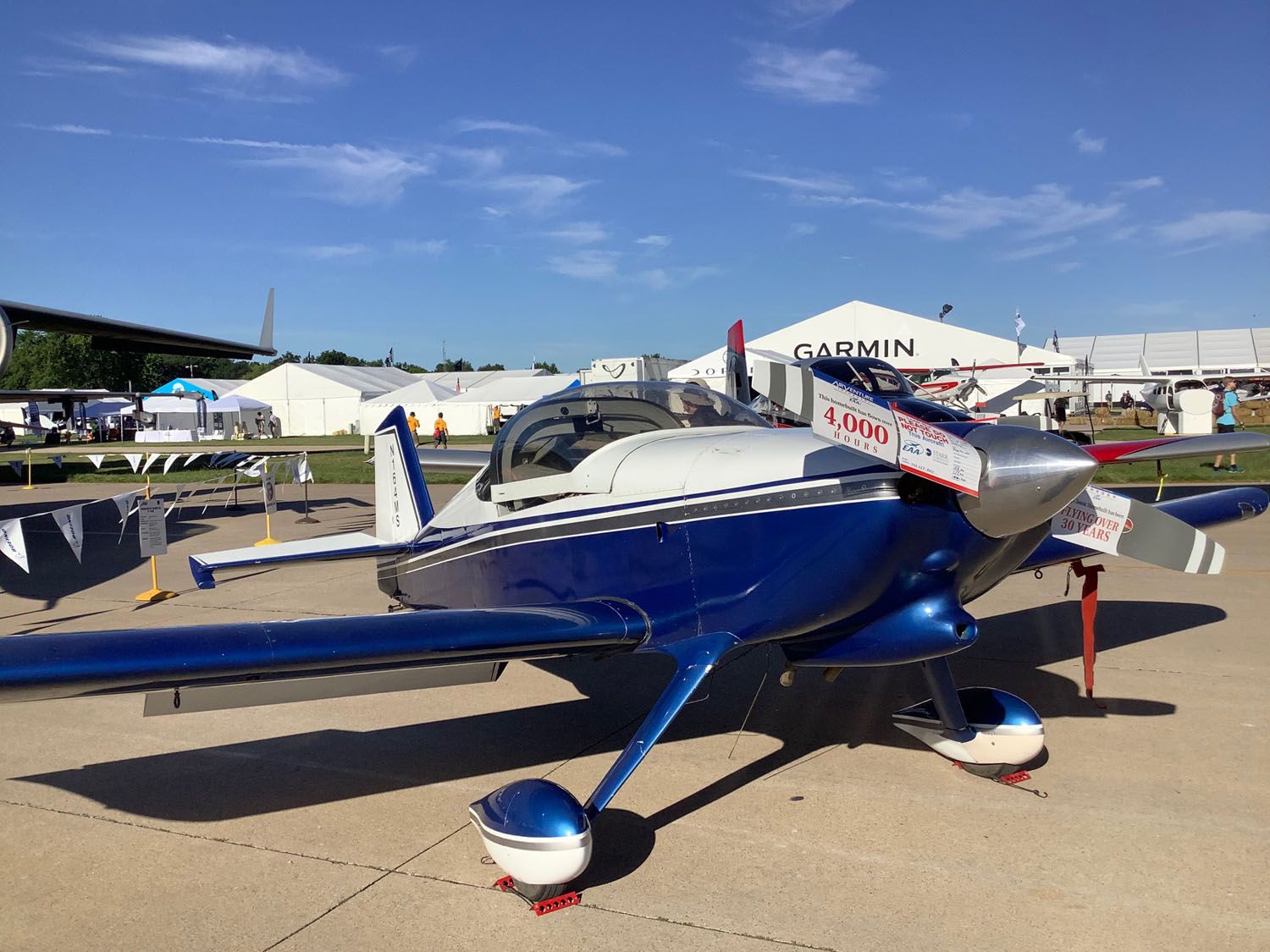 This year is Van’s Aircraft’s 50th anniversary with lots of special events planned for the week. Tonight’s Theater in the Woods presentation will be a story-telling and Q&A session with Dick VanGrunsven and other leaders of Van’s Aircraft. KITPLANES Editor-at-Large Paul Dye will moderate. 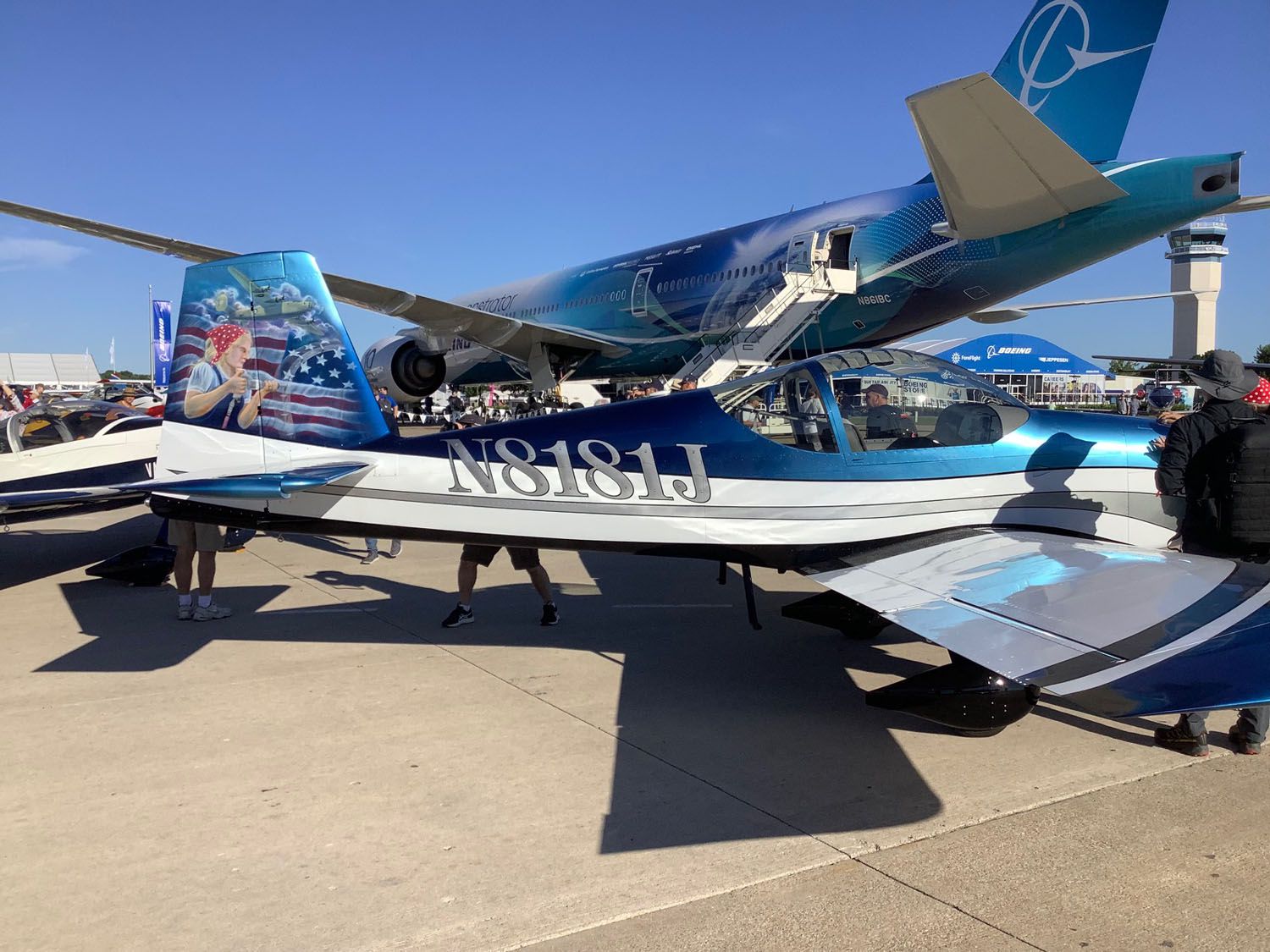