Your decision to enter the world of ultralight flying is only the beginning of your adventure. What kind of ultralight are you interested in? Do you want an airplane? How about a powered parachute? Foot-launched or wheeled? Yes, even helicopters and multi-engine models are possible because ultralight regulations won’t limit you. But in this month’s column, I’d like to focus on a kit-built versus a fully assembled ultralight. 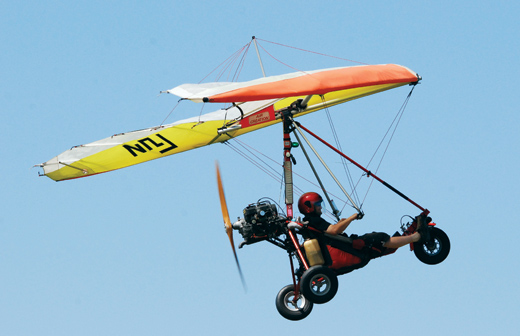 When the ultralight movement first began to take flight, pilots spent a lot of time building or modifying hang gliders to fly under power. Before too long, some of these pilots decided to release plans, build kits or focus on specific components such as engines or “redrives” for ultralights. As the sport grew, some people wanted to get into the sky more quickly, rather than spend time on a lengthy build, and so a few manufacturers began building complete aircraft to meet the demand, though many continued to sell kits.

A Manufacturer’s Point of View

By definition, a successful company is one that’s profitable. Ultralight manufacturers have to build and sell what their customers will buy along with delivering the products to their customers’ ramps in a timely manner. 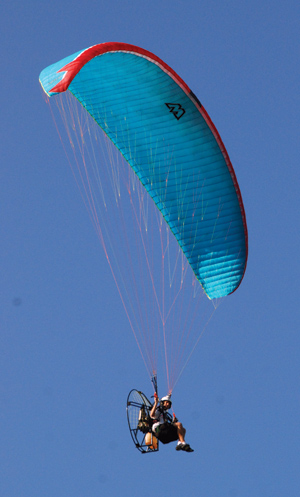 The pilot brings the landing gear for this aircraft. The rest normally comes fully assembled from the factory.

So in an instant-gratification society, why would a manufacturer still offer kits instead of ready-to-fly aircraft? It’s tempting to answer the question with one word: cost. After all, producing finished aircraft is more expensive than shipping out boxes of parts and an assembly manual. The better answer to the question, though, is value. As prices go up, the pool of potential buyers diminishes. Pilots on a limited budget are priced out of buying aircraft. Therefore, the existence of ultralight kits is really market driven.

Fortunately, a lot of pilots enjoy the opportunity to construct their own flying machines. Kit buyers sometimes put more time into building the aircraft than kit manufacturers do in assembling them. That’s because a lot of the individual parts can be mass-produced and packaged. Plus, finish work is labor intensive. If you took every hour you spent on your aircraft and multiplied it by $25, you’d get a rough idea of how much money you’re saving on labor. That estimate takes into account both the professional’s hourly pay rate and the fact that the professional will have the tooling and expertise to do the work a little faster than an amateur builder would be able to.

But that isn’t all that a manufacturer saves on. Facility costs for producing complete aircraft can be pretty high. As an airplane is assembled, it begins to take up a lot of space. When you include room for painting and the fact that, ideally, a manufacturer is building more than one aircraft at a time, you can see that factory space requirements add up quickly. If the final assembly area is your garage or hangar, that is space the manufacturer doesn’t have to buy or rent.

Another factor is liability. It’s impossible to completely avoid liability risks in our litigious society, but when the pilot does the final assembly, liability is shared.

Shipping a fully built aircraft requires special care and is expensive. Yes, many have wings that fold back. Some, like trikes and powered parachutes, have wings that can be shipped in tubes or bags. However, even those designs have fuselages that are relatively large, fragile, and mostly (by volume at least), air. By producing kits instead of fully built aircraft, long-distance shipping costs are minimized—a direct savings for the customer. 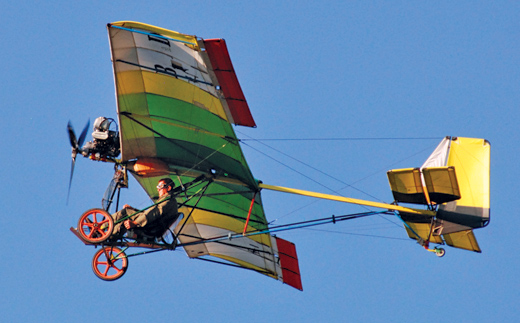 The Bird was one of the first ultralights offered as a kit.

Why Aren’t All Ultralights Delivered as Kits?

With all of the advantages of kits, why would a manufacturer bother to build a complete aircraft for a customer? Again, market demand. There are many people who want to fly low and slow, but just don’t have the ability, or the shop space, or the time or maybe even the desire to build an ultralight. Luckily, all of those hurdles can be overcome with money. Ask almost any ultralight kit manufacturing company, and it will provide you with a completely built aircraft. And, if not, the company can usually refer you to a dealer or hobby builder who will happily take on the project.

But there are some ultralights that don’t come as kits at all, and there are also reasons for that. Some ultralights are just too simple to provide as kits. Almost all powered paragliders fall into that category. The frame, motor and prop guard are easily assembled at the factory, and some models are actually meant to be able to be broken down even smaller for storage. No matter how many pieces they are delivered in, it is hard to consider them a “kit” in the classic sense.

Powered parachutes have changed dramatically due to Light Sport Aircraft rules. Ten years ago or so, the bulk of powered parachutes were shipped from the factory as kits to be assembled by the pilot or the dealer selling the kit. That was the policy for both single- and two-place aircraft because the two-place machines were considered ultralight trainers with the same lack of requirements for aircraft certification as their single-seat siblings. The advent of Sport Pilot rules changed how powered parachute manufacturers were allowed to build their two-place products. Now most of the machines are built at the factory despite the regulatory option for manufacturers to supply Experimental Light Sport Aircraft (ELSA) kits for homebuilding. This, in turn, has led to a different way of doing business because it is now actually easier for powered parachute factories to turn out completely built machines than it is to produce kits. 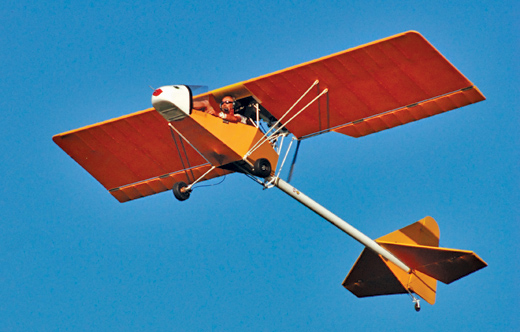 The Kolb Firefly is a kit ultralight with plenty of parts.

When producing kits, manufacturers must produce solid documentation on how to assemble that kit. If the documentation is poor (or even if it’s good), manufacturers end up fielding questions from inexperienced owner/builders trying to assemble the product. And the entire airframe is now generally powder-coated and finished, so shipping a powered parachute kit has become a challenge. Structural parts must be individually wrapped to protect the finish during shipping. Each piece of hardware must be checked and double-checked before it leaves the factory. Because multiple versions of single-seat ultralight aircraft are rare compared to two-seat versions, it doesn’t warrant the effort to supply kits.

Ultimately, when choosing an ultralight, the best approach is first to decide what kind of aircraft you want to fly, and then to explore the different models out there. If kits are available, they can certainly lower the purchase price. But if a kit is not your thing, there are plenty of people who would enjoy the opportunity to build your ultralight aircraft.

Marc Cook - November 18, 2008
0
The Editor-in-Chief discusses how the improper cut of his instrument panel affected the performance of his Dynon autopilot; by Marc Cook.