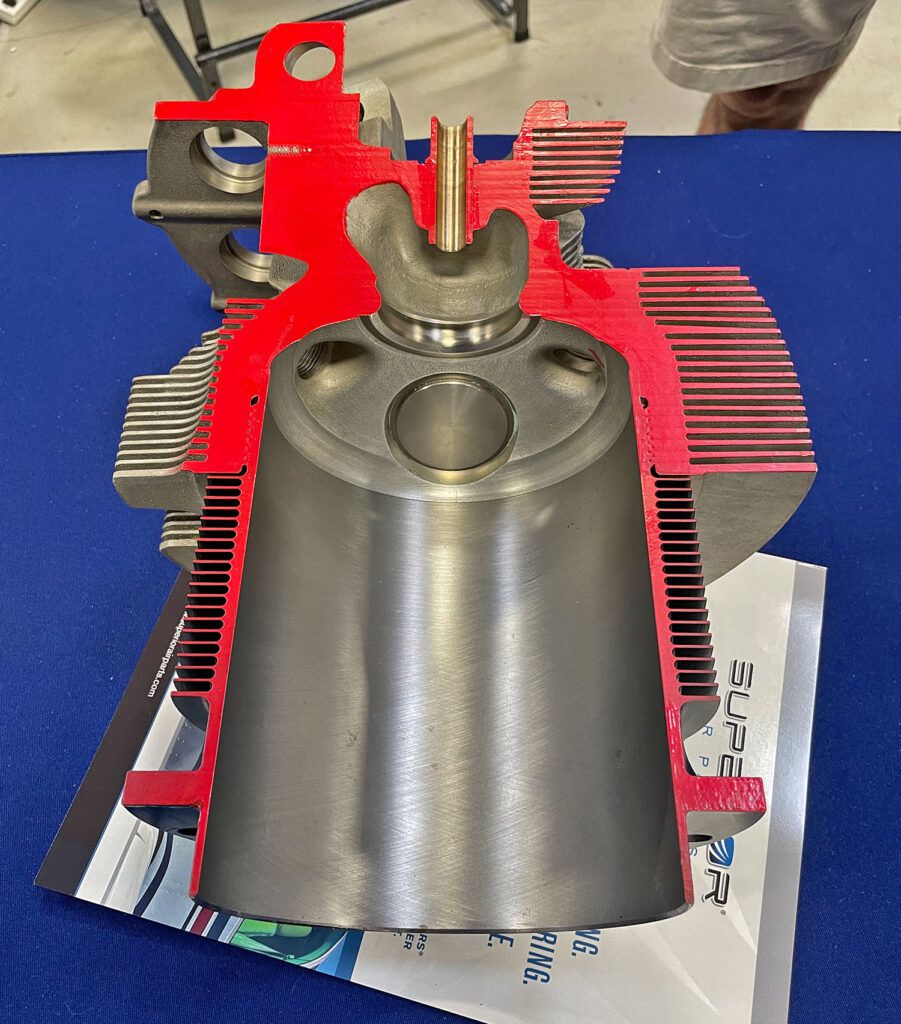 While wandering around Sun ‘n Fun this afternoon, we were stopped by this excellent demonstration of cylinder technology on the table at the Superior Air Parts booth. We all think of cylinders as these big chunks of metal, but when you se one cut in half, the thin nature of the cylinder barrel is readily apparent. Of additional note (for those that didn’t know), the cylinder head is made separately from the barrel, and the two are actually screwed together (you can see the threads) during manufacture.

Also of interest is the crosshatching of the cylinder walls, and the fact that this cylinder was honed, then cut in half, over ten years ago. The Superior rep told us that it has been hauled around the world and displayed for more than a decade, exposed to the outside air and inquisitive fingers for all that time, yet it still doesn’t show any hints of corrosion on the plain steel interior of the barrel. The lesson being that while folks are often worried about that new engine sitting in their hangar for years and year, but they shouldn’t be anywhere near as concerned over what it’s going on inside the cylinders as they are about what is happening to their cam and lifters—those are the real problem areas in a Lycoming-type engine.

And boy, those walls are thin!

Marc Cook - October 7, 2010
0
The next-gen Spidertracks Aviator satellite tracker offers more features at a better price. What’s not to like? By Marc Cook.