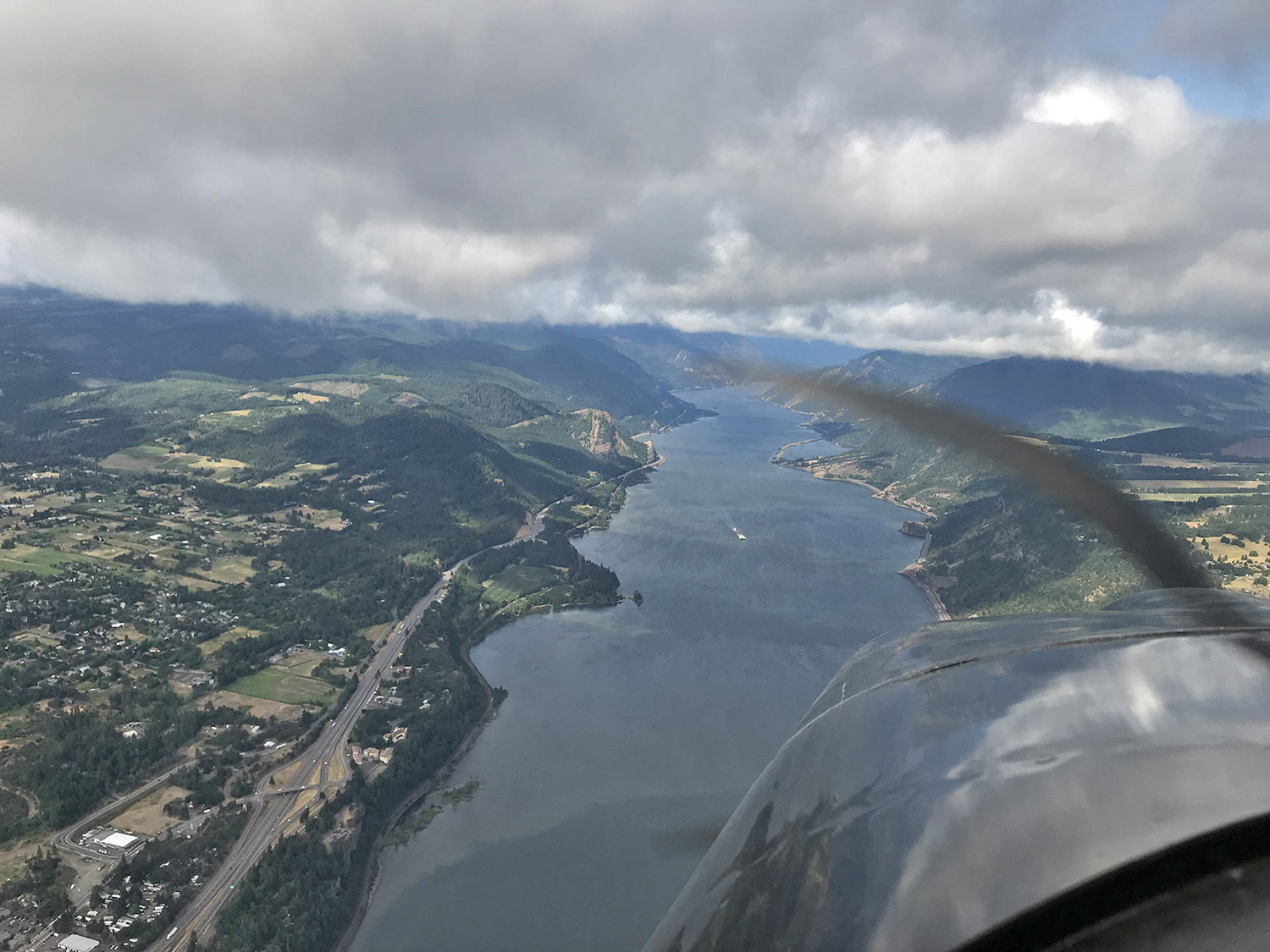 How is it that an airplane oriented company like Van’s Aircraft can be based in a valley that always seems to be fogged or clouded over, especially when their airplanes are historically not equipped for IFR? You’d think that at some point, they’d need to be able to reach the rest of the world – and, in fact, they have managed to do so for decades. What is their not-so-secret secret? The Columbia River Gorge! I’ve been flying in and out of the Willamette Valley (which stretched from Portland to Eugene, Oregon, and includes Van’s in Aurora) for many years now, but have always had either weather that was so bad I had to cancel, or I filed IFR, or it was a gorgeous blue sky day – so I have never had the chance to fly the famed escape route up the big river… until this week.

Originally, the forecast for my trip from the Lake Tahoe area of Nevada called for clear and wonderful – so I was going to take the little jet (which is VFR only). Well, forecasts change in the Pacific Northwest, and come the day of travel, the valley was socked in, and forecast to remain that way for three days. But the approach down the river looked good, so I saddled up the RV-8, and headed for The Dalles – the entrance point to the gorge on the eastern side of the Cascade Mountains. Smooth and cool at 12,500, I had the river in sight in plenty of time to let down to the measured 4500’ ceiling by the time I got there – and was wondering if The Dalles were the only place showing significant winds (significant being gusts from the west up to 30 mph, while everything else was calm. Well, I suddenly found out why when the rollers hit me and I realized that the gorge was acting like an air hose letting the pressure out of the western valley and into the high plains. I was also still traveling at the speed of an RV descent, so I had to get that baby slowed down to Va quickly. 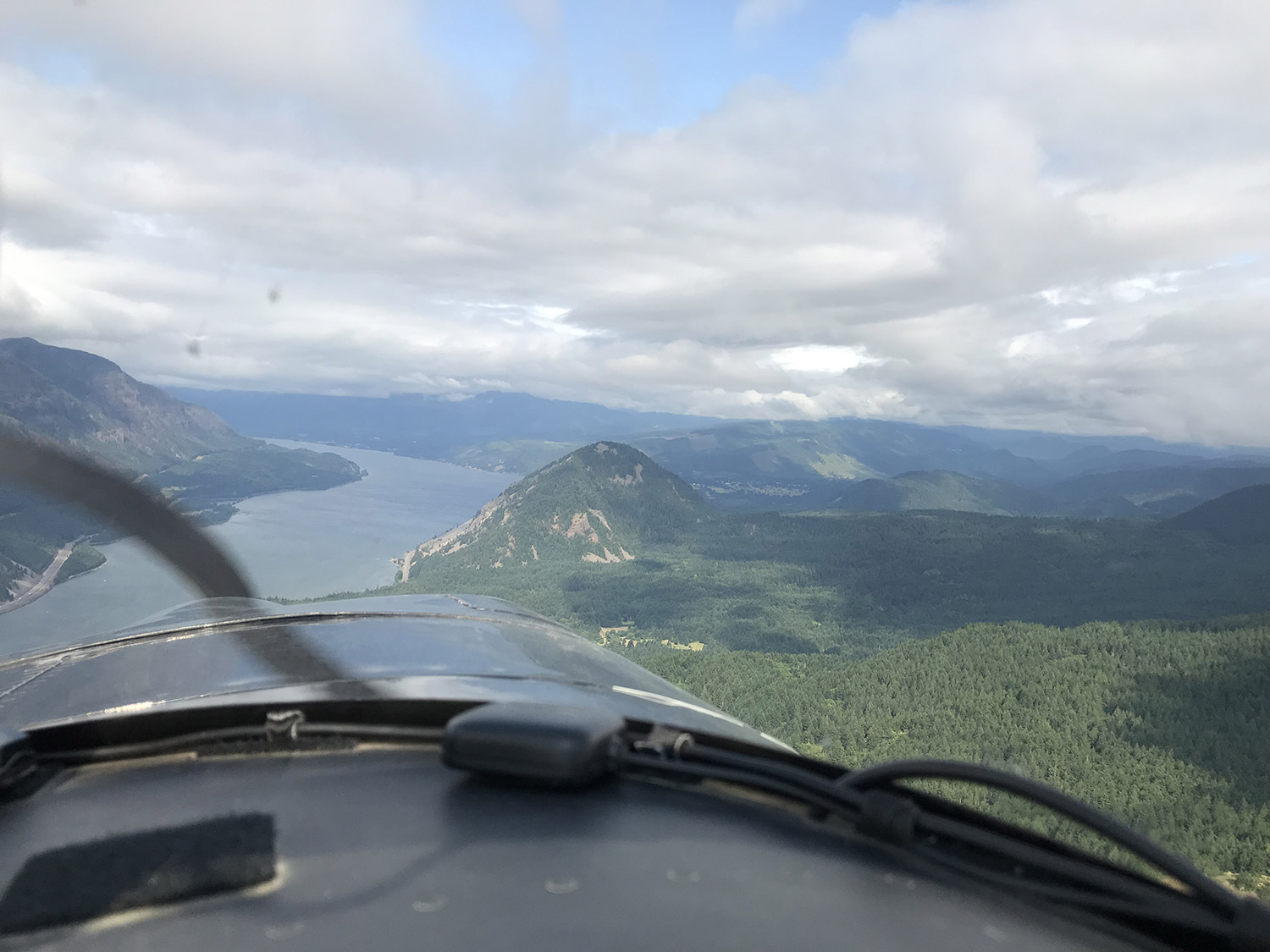 Diving into the valley, I was impressed with the majesty of it. The river surface is essentially close to sea level – it is only a few locks up from the coast, and flying at 2500 feet, I still appeared to be down below the surrounding peaks. The bumps of the eastern entrance let up as I slid down the river, and it became a beautiful flight, reminiscent of the large valleys of British Columbia where I have flown seaplanes. The terrain on each side of the gorge disappeared into the clouds – the overcast layer of the Willamette sealing onto the hills like the top of a berry pie – but the river served as a safe route up and out of the technically MVFR (but perfectly flyable) weather in the valley.

Magnificent scenery you folks have out there! Next time, I might even fly the gorge with good weather, just to once again enjoy the view!