One day I was shopping for oil hose for the RV-3 my wife, Louise, and I just completed. I am talking engine oil here—hose to connect the powerplant to the oil cooler. If we lose those hoses, so goes the engine. There are extremely high-quality hoses available in the aviation supply houses, in both raw material form and pre-made assemblies. In either case, we need to contain hot oil at a pressure that could reach 100 psi—not inconsequential, but not what we would consider “high pressure.” 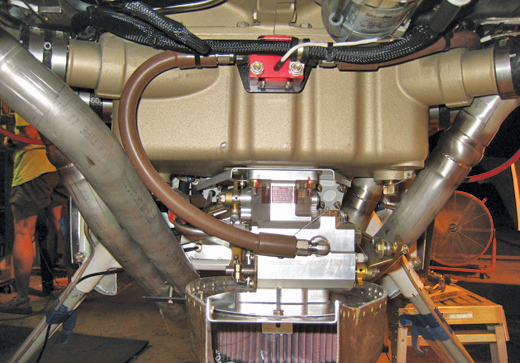 Good enough? Not in this case. See how close the fuel line is to the exhaust? This one needs to be better.

So let’s say that I am shopping for this hose and find two options, both of which have the exact same materials properties: 100% compatible with any kind of oil you could put into an airplane engine, identical service life spans, shelf lives and so on. Both have good records for quality and are produced by the same company on (probably) the same production line. Either one can be turned into a quality assembled hose with the same tools and methods not out of reach for the average, cautious homebuilder. They differ only in their specified operating pressure: One is rated at 1500 psi, and the other up to 3000 psi. The higher rated line is, of course, more expensive. Given all that information, which do we choose for the job? 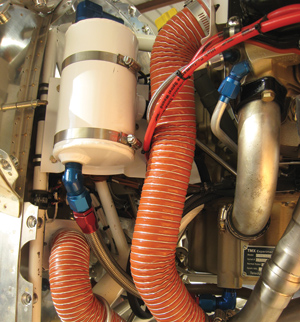 Take a look at that braided oil hose. It is an unpressurized sump return line. Does it really need to be tested to 3000 psi, or would 1000 psi be OK? It carries no pressure in operation.

The answer is obvious: the one that is easiest to obtain and the least expensive, of course! Surprised? Why should you be? The lower pressure hose exceeds my planned usage pressure by more than an order of magnitude. My wingspar is probably only twice as strong as what I need for the rated loading of the airplane. Why would I need my oil hoses to be 30 times stronger than what I expect to see? I use this example as a way to illustrate the idea that good is generally “good enough.” Perfection, while admirable, is most often unobtainable, and a design that meets the requirements can be considered more than sufficient. Making things better than they need to be only adds cost and delays to what is, for many builders, the most complicated construction project they will ever undertake.

I have seen many projects stalled or even abandoned because their builders did not understand that they only needed to reach a certain level of “goodness,” not achieve perfection. 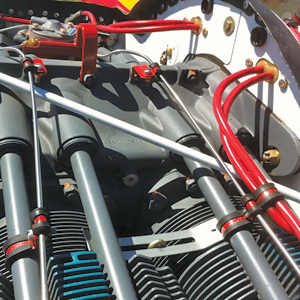 This gorgeous Oshkosh award winner included powder-coated Adel clamps to match the rest of the paint. Beautiful, but unless you are going for the Gold Lindy, not required for flight.

Homebuilder gatherings, meetings and online forums are full of varying opinions on what makes an airplane “well-built.” For many, unless you have built to the highest standards known to humankind, you have failed to build a “good” airplane. This attitude, I am afraid, stems more from gossip and rumor than it does from fact. The fact is that aerospace engineering is the art of making things just as strong (or “good”) as they need to be, and not an ounce more. Weight, you see, is always the enemy in any flying machine—whether it’s a puddle jumper or a rocket designed to leave the planet. And if designs can be shaved to save a few ounces while still maintaining an adequate but small margin of safety, then surely this principle can be applied to all areas of construction.

I can see your objections there in the back row. Doesn’t this philosophy lead to sloppy building and the use of materials from the big box store or the local building supply mega-mart? Won’t airplanes built this way begin to fall from the sky or spontaneously erupt into flame? Well, let me tell you, airplanes have been built from some amazing materials and with a variety of techniques over the century of human flight, and many of them were designed and built by country boys using what amounts to farm equipment. Many of us have flown those airplanes for thousands of hours, and they did just fine, despite the lack of modern refinements. 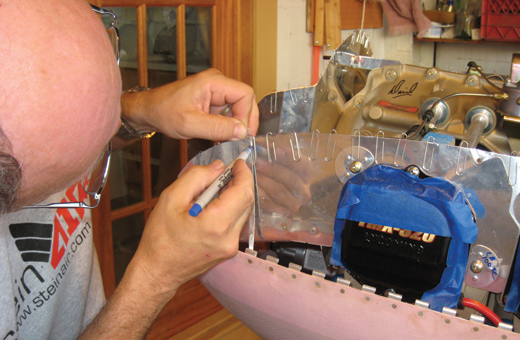 Trimming baffles is maddeningly tedious, but you only need to clear the cowling with a gap of about 1/2 inch. Trying to trim too precisely will just use extra time.

One popular kit company often reminds its customers/builders when they become overly concerned about perfection in a part that, “You’re not going to the moon—you’re just going to Denver!” This is an important point to remember when you’re trying to complete a build. For many kitbuilders, their project is their first real foray into the world of aircraft construction and maintenance. They know that they need to have high standards, but they really don’t know what that means. Rather than researching the topic in established manuals and books, they listen instead to what they hear in the pilot’s lounge, or the neighboring hangar—yet many of those giving advice have no real experience themselves. They are passing on what they heard from others, who heard it from someone else, who most likely got the idea from hearing yet another person pontificate on the superb equipment and workmanship in his own airplane. We all tend to talk a better game than we can actually play. 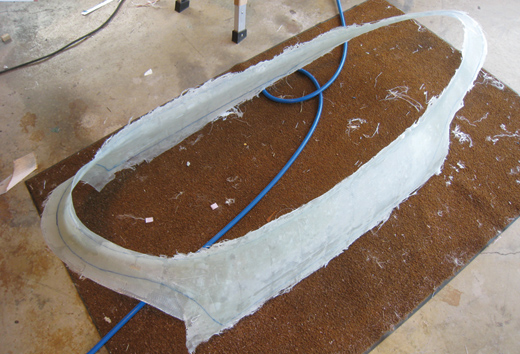 Good enough? For a non-structural canopy skirt, sure. But those white voids would be unacceptable in a load-bearing component. Knowing the expected use of the part will govern what is needed.

Rather than using an unattainable standard such as “perfection,” or assuming that if something is better than what I have, I must have it too, I like to think in terms of “the line.” On a scale from bad to perfect, there is always some line that, when crossed, marks a part as “acceptable,” by whatever definition is appropriate. Once you reach that point, it is important to recognize that any effort or resources spent in going beyond that line are purely elective—not necessarily bad, but a choice to expend more than is absolutely necessary. Yes, the difference between a nice airplane and a Gold Lindy winner at Oshkosh is partly about how much further a person chooses to go. And let me state again that if your goal is perfection, then you have to strive to reach it. But if your goal is a sound, flying airplane, then it is important to know and recognize that point where the part or assembly becomes simply good enough. 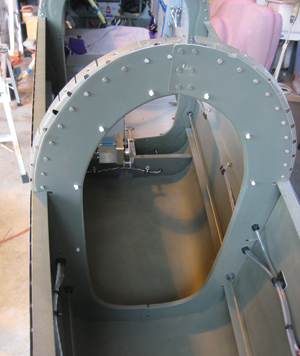 Oftentimes the bulkheads don’t fit the skin, and that’s not good enough. You can fix them, however, with flexible flange if your designer allows.

Well-established standards are easy to find in books and publications from the EAA and FAA. Instruction in the techniques used to fabricate airplane parts in your choice of materials are provided at the annual AirVenture show, at EAA chapters, and at various seminars and classes across the country. It is possible to get instruction from a perfectionist, and this could propagate the stereotype of the unobtainable (and unfinished) airplane, but these types are easy to spot if you keep a broad perspective. One of the easiest resources to use is the EAA Technical Counselor program. These counselors are volunteers who have finished at least one homebuilt plane. It is important to realize that they’re not necessarily mechanics, design engineers or award-winners—and that could be construed as a good thing. Most I know are realists—they know that perfection is difficult, if not impossible, to reach, and each generally works to that theoretical “bar” of goodness.

When I inspect another builder’s work as a tech counselor, I don’t look for perfection; I look for good enough. I am honest about what is both above and below the line, and meticulously look for anything that needs to be brought up to reasonable standards. But I don’t provide a list of every rivet or joint that is less than perfect. That would serve no purpose other than to browbeat the builder. If everybody was to build a Lindy winner, the EAA would go bankrupt buying trophies.

Learn to recognize good enough in your own work and in the work of others. Understand what it means to do quality work without driving yourself nuts, trying for perfection, if what you really want is a finished and flying airplane. And be careful of those who preach that the only airplane worth owning is one with no flaws—for those builders probably still haven’t finished an airplane.