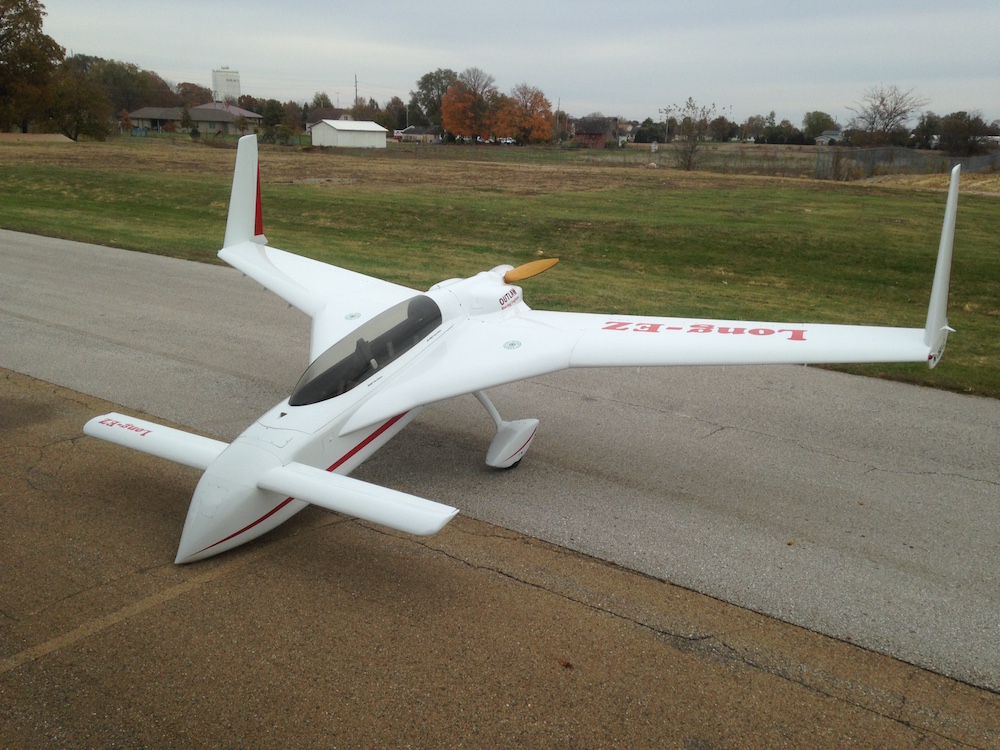 I recently rebuilt this Long EZ. It took thirteen months working on it most days and nights. The fiberglass, paint, interior, avionics and some wiring was redone. A Lycoming 0-320 is now pumping out 180-185 hp. A cruise prop is needed, but it’s still doing 190 mph. The first test flight was October 10, 2015.

This Long EZ also has a smoke system for safety reasons… Can you see me now? More speed mods are planned and heated seats for the cold Iowa winters.

This EZ is our fourth canard either built from scratch or a rebuild; the first one was used by Scaled Composite to test a pulse engine and is in the Dayton Air Force Museum.