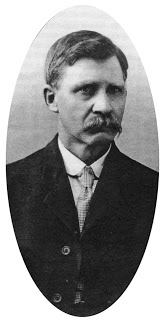 The Wright brothers were first with powered flight. But who supplied the power? Without Charlie Taylor, 1903 would have been just another year of glider flying.

Taylor was hired by Orville and Wilbur as a machinist and almost immediately was put to work making their engine. He started by sketching the crankshaft onto a slab of steel, drilled along the line, and then with hammer and chisel removed the excess material. Their only other power tool, a 14-inch lathe, was used to cut the bearing surfaces and clean up the rough edges.

When “the boys,” as he called them, took their airplane to Europe, Taylor was frequently referred to as “the third Wright brother.”

Today, Taylor is memorialized by many nations in a variety of ways. In the U.S., the highest award the FAA can bestow upon our cadre of A&Ps is the Charles Taylor award.

Watch for “The Home Machinist” in KITPLANES for the story of the man who built the first aluminum-block engine with only a lathe and a drill press.