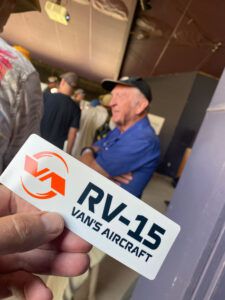 Today at AirVenture 2021, Van’s Aircraft teased the very broad outlines of the RV-15, a much rumored, next-generation RV kit aircraft. About all Van’s Rian Johnson would confirm is the general configuration: a high-wing, backcountry-capable homebuilt. It will be all metal, to no one’s surprise, and will embody “total performance,” which is the company’s signature for designs that have both good high-speed capabilities but also provide enough low-speed prowess to make shorter airstrips comfortable.

What, exactly, that means in terms of cruise speed and stall speed have yet to be determined. At this stage, Van’s has a lot of the design work done and a “pine pigeon” mockup completed. (This is an all-wood mockup to test things like cabin size and general layout.) The company has also started preliminary work on the “iron bird,” a proof of concept vehicle that will be followed by a real flight test article. When? Good question. Van’s would only say that by AirVenture 2022, there will be more photos and details to share, no promising that a prototype would be in evidence. (Though Van’s is notorious for under promising and over delivering, so never say never.) 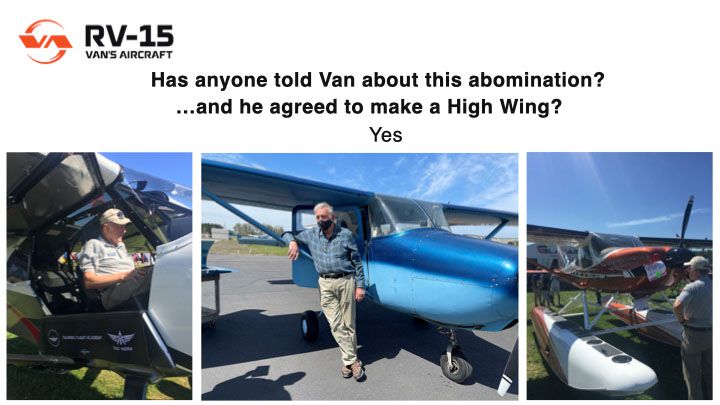 And despite Van’s confirming that its new design will be a high-winger, it would not say if it would be strut-braced (Cub style) or cantilever (Cessna Cardinal and 210). Van’s would not say how many seats, though post-announcement answers to audience questions revealed that baggage capacity is an important consideration. 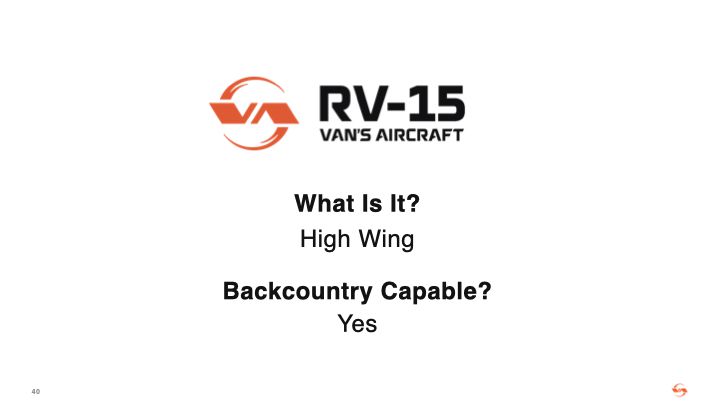 Van’s also confirmed that both a trike and taildragger version will be made, with the taildragger built first. Johnson also asked the audience for its preference of conventional driven (solid) rivets over pulled rivets, with the majority of the hands going up for conventional rivets. No mention of the engine or power, but given Van’s generally conservative nature here, it’s unlikely we’ll see anything other than a traditional flat-opposed, Lycoming-style engine—and the overall size of the airplane, including number of seats, will dictate whether that’s a four- or six-cylinder variant. 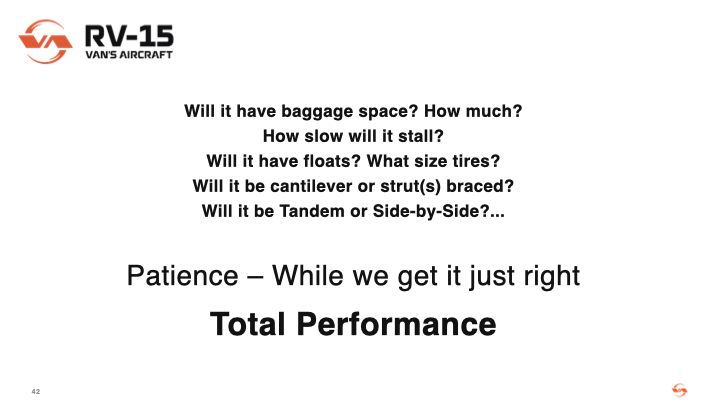 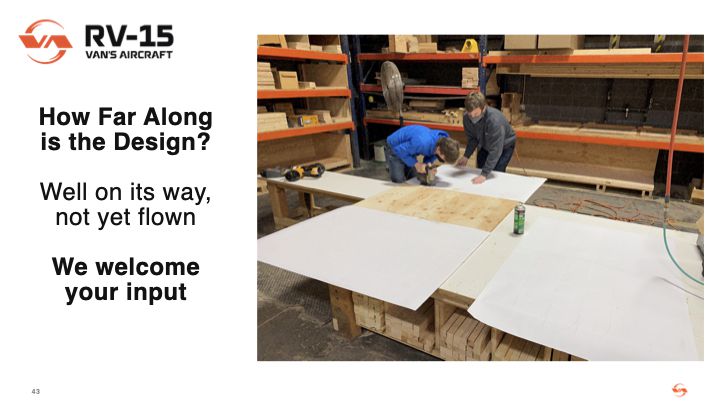