Celebrate that epic flight around the world, non-stop and unrefueled that was accomplished December 14 – 23, 1986 by Dick Rutan and Jeana Yeager. A feat that has not been repeated. Voyager Aircraft now resides in the Milestones of Flight in the Air & Space Museum Washington D.C.

Don’t miss being a part of this historical celebration at Mojave Air and Space Port—this is where Voyager was built and test flown.

Join Dick and Burt Rutan as they relive the incredible take off and landing of Voyager.* Many of Voyager’s Volunteers will also be in the audience, and some will speak about their memories in making the impossible Voyager world flight a reality. For tickets call 661-342-0604 or email PlaneCrazySaturday@yahoo.com, or visit mojavemuseum.org or mojaveairport.com. Seating is limited.

*Jeana Yeager is also an invited guest, but we have not received confirmation as of press time. 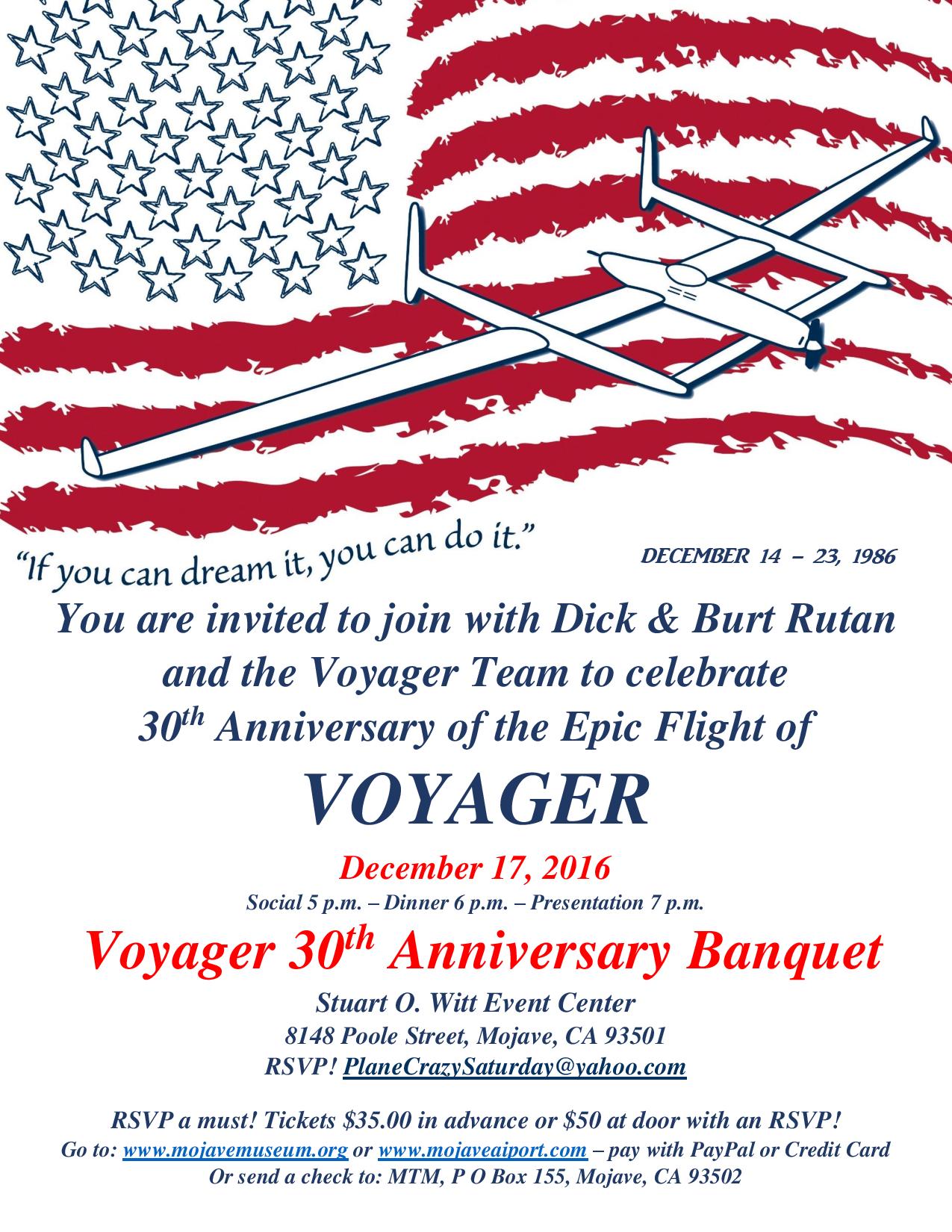