Home Magazine Exploring Around the Patch
A high-performance, turbocharged aircraft engine can see peak combustion pressures of 1000 psi. Think about that after you’ve calculated the surface area of the cylinder head. Yikes. Similar pressures, though more conceptual than actual, are at work in the aero-engine industry today. Change, as they say, is afoot.

In 2009, Lycomings general manager, Ian Walsh, was promoted up the ranks and his spot filled by Mike Kraft, an engineer by trade. I spoke with Kraft at Oshkosh 2008 in his engineering role as the company introduced the IE2 package and showed a ready-made version of the TIO-360 engine for Experimentals. He struck me as the sharp, calm type, quite a contrast to Walshs sharp, aggressive approach. More recently, I had a chance to catch up with Kraft several months into his tenure as Lycomings GM and found his demeanor much the same, despite what can only be described as difficult times for the aircraft industry. We spoke about several programs, which Ill highlight here. 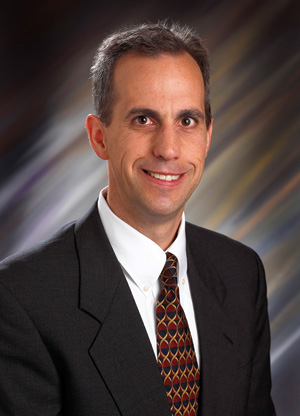 Thunderbolt. Lycomings own in-house Experimental program continued to grow in 2009, though Kraft helped make an important distinction that I think has been lacking in the way the program has been portrayed. Id assumed that Thunderbolt was both a way to explore new technologies but also to, frankly, grab a bit of the market share from smaller shops. Kraft explains that, instead, the goal is to let Thunderbolt loose, to help develop genuinely cutting-edge technologies and get them into the hands of racers and those who are willing to accept the inevitable trade-offs of pushing new tech. (That is, if you’re out there among the avant garde you should not expect standard-engine levels of durability.)

The kit engine program. We consider the kit engine program vital, Kraft says, disabusing the outsider theory that Lycoming was on the verge of shuttering it. The program has grown for us, he says, indicating that Lycoming does not see it as a competitor for new-engine sales through kit companies or Thunderbolt, but just another alternative for consumers. As an advocate for choice in engine sources, Im happy to hear this bit of news.

IE2. We have been doing extensive testing on the Lancair Evo here at Lycoming, Kraft says. The engine is very stable, and most of the engine mapping is very stable. Were working on the high-velocity testing, and making sure the prop control is working properly. We now have a full FADEC system, because there’s just one lever in the cockpit. Everything we thought we were going to get out of it, we are; its going to be an exciting product. One of the aspects of IE2 that Kraft is most proud of is its operational stability. Where, for example, the Aerosance FADEC takes time to optimize after a mode change (say climb to cruise), the IE2, according to Kraft, stabilizes in a few milliseconds. In other words, it gets on the map and stays there.

The diesel. Its unlikely that well see a compression-ignition engine developed by Lycoming in the near future. Our emphasis is on gas engines, and in research and development of 100LL replacement fuels, Kraft says.

Other programs. Kraft was up front saying that the current economic climate has forced Lycoming to put some programs on hold, or to slow development. But the message remains clear. Lycoming is pushing hard on some new technologies and keeping a keen eye on fuels availability-it is contributing to the Swift Fuel program, for example-as the company looks across the hazy horizon that is general aviations future.

Superior Air Parts life as part of the Thielert Group came to a difficult end in April 2008 when the parent company, in essence, collapsed. From then until the ultimate filing of Chapter 11 bankruptcy in December of that year, Superior was aggressively shopped, but at the beginning of the economic downturn, there were no takers. Into bankruptcy, then, Superiors assets were set to be sold off, but, as current general manager Kent Abercrombie says, issues surfaced, including a concern that selling the firms assets to Lycoming, one of the suitors out of bankruptcy, would constitute restraint of trade. Another bidder, Teledyne Continental Motors, wasn’t in a much better position to ward off restraint-of-trade concerns even if its bid was higher than Lycomings.

It appeared as Superior entered Chapter 11 bankruptcy at the beginning of 2009 that a new suitor was unlikely to be found and that the company, started in 1967 and one of the prime movers in creating price-competitive aftermarket alternatives for consumers, would be gone.

In steps the Weifang Freesky Holding Group, which produced a bid in July of last year that exceeded the other bids on the table, and after a hearing on August 26, took possession of 100% of Superiors stock. Hardly anyone outside of Superior knew this, though independent engine shops began to notice that a small number of parts were once again available.

We began an immediate reduction in force in 2008, but worked hard to keep a few people here for support, and in general kept the lights on, says Abercrombie. We continued to operate during the bankruptcy period, though at a reduced rate. Indeed, Superior had become (and to some extent remains) a piece parts company, able to provide items such as bearings as well as valves, valve guides and seats that would be used in new engines and overhauls.

According to Abercrombie, Superiors plans are for growth back to its former self. Improved availability of parts is the priority through the first quarter of 2010. Well gradually add to our catalog and bring back parts that [the independent shops] need, says Abercrombie. These include crankshafts and camshafts, lifters and other components that are currently in short supply.

By the second quarter of 2010, expect to see cylinder assemblies rejoin the catalog. This move will be an interesting exercise for Superior, because the cylinder assemblies were produced by Thielert Aircraft Engines, the same company that built the turbo-diesel powerplants; even though the Thielert Group collapsed, TAE is still in business. We are exploring possibilities, says Abercrombie, but we were very happy with the quality [from TAE].

I asked if there was pressure from a Chinese parent company to manufacture parts in China. No, there hasnt been, Abercrombie says. There’s more to manufacturing aircraft parts than meets the eye, and many of the specialized technologies required aren’t readily available in China. The initial decisions have all been based on what makes the most sense for the company.

Whole engines? Abercrombie says thats a goal for late in the second quarter of 2010. We should expect the more mature versions of Superiors engines, such as the XP-360 parallel-valve Experimental engine and its Vantage certified stablemate, to emerge first. All of Superiors old products, including the engine build school, kit engine components and whole engines, are on the table as the market dictates. But were looking at a rational expansion plan, he says, emphasizing that gradual and sustainable growth are key decision-making factors.

New products such as the XP-400 and other engine programs aren’t expected to arrive until 2011 or later, again as the market conditions dictate. Whats more, Superior will be careful about which cylinder assemblies are put back into production. The clear message is that the company is interested in hitting the wide center of the market first. It strikes me as a sound strategy.

Kitplanes - August 17, 2018
0
RV-8 on IceThanks for the interesting article with empirical data on ice effects on...