I don’t know about you, but I always thought that airplanes are first covered with whatever paint will dominate the surfaces (commonly white) and pin stripes, swooshes, and lines are added later. So, I’ve been surprised to learn that John Stahr starts with the details. The first paint that he put on the SubSonex jet today was gold…a pin stripe color that will cover a very limited area. So, today started with some light sanding of the areas where gold would be applied and then the color shot freehand. There was no attempt to stay within any lines, Stahr just ensured that all areas that will eventually be gold were covered.

Why start with a minor, accent color? Gold pin-striping will divide most of the other colors and it extends from near-stern to bow, starboard to port. “It’s like building a new sub-division. You put the underground utilities in before you start building the more visible houses. The gold pin stripe will anchor all of the rest of the design,” Stahr told me. Some painters do put on a base coat first but it adds significant and unnecessary weight. Stahr’s system minimizes the layers of paint on the plane.

Once the paint dried, the rest of the day was spent taping the design onto the plane. A tedious but creative process that was all John Stahr’s effort. Stahr starts with a 3/8″ paper tape to define the boundaries between future colors. He prefers to start with paper tape as it gives him smoother curves than other types of tape. He doesn’t measure or set up grids but instead uses his artist’s eye to set the lines, frequently consulting the print copy of the design (now taped on the canopy cover). Once he is satisfied with the design, a much narrower plastic tape is laid out adjacent to the original paper tape and the paper tape is removed. The plastic tape will give crisper line when the colors are sprayed. In areas where the gold will be preserved, paper tape or paper are placed to ensure that no paint reaches those places.

One the pattern was satisfactorily applied to one side of the plane, Stahr uses large sheets of cheap paper to make patterns to transfer the design to the other side….ensuring symmetry. 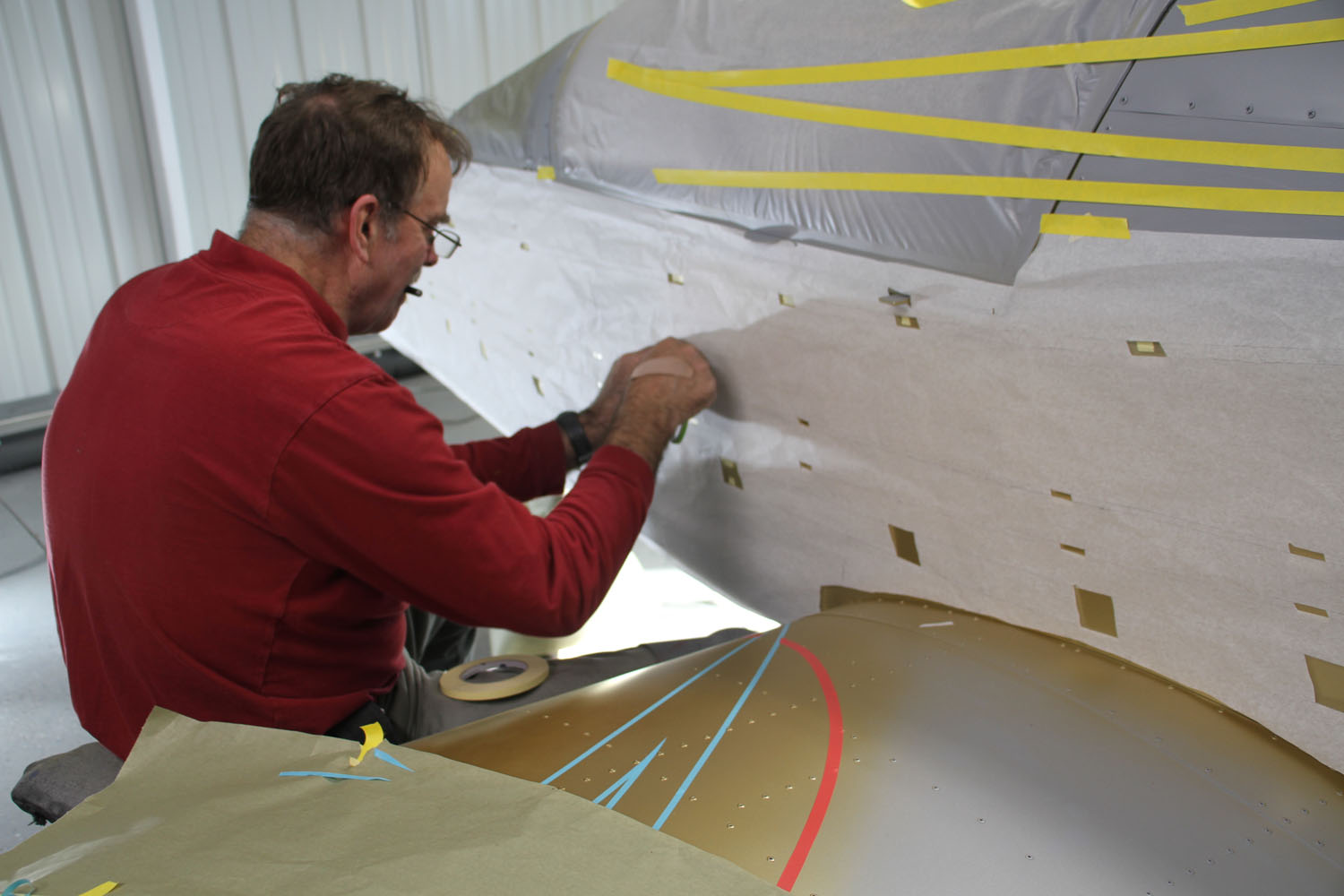 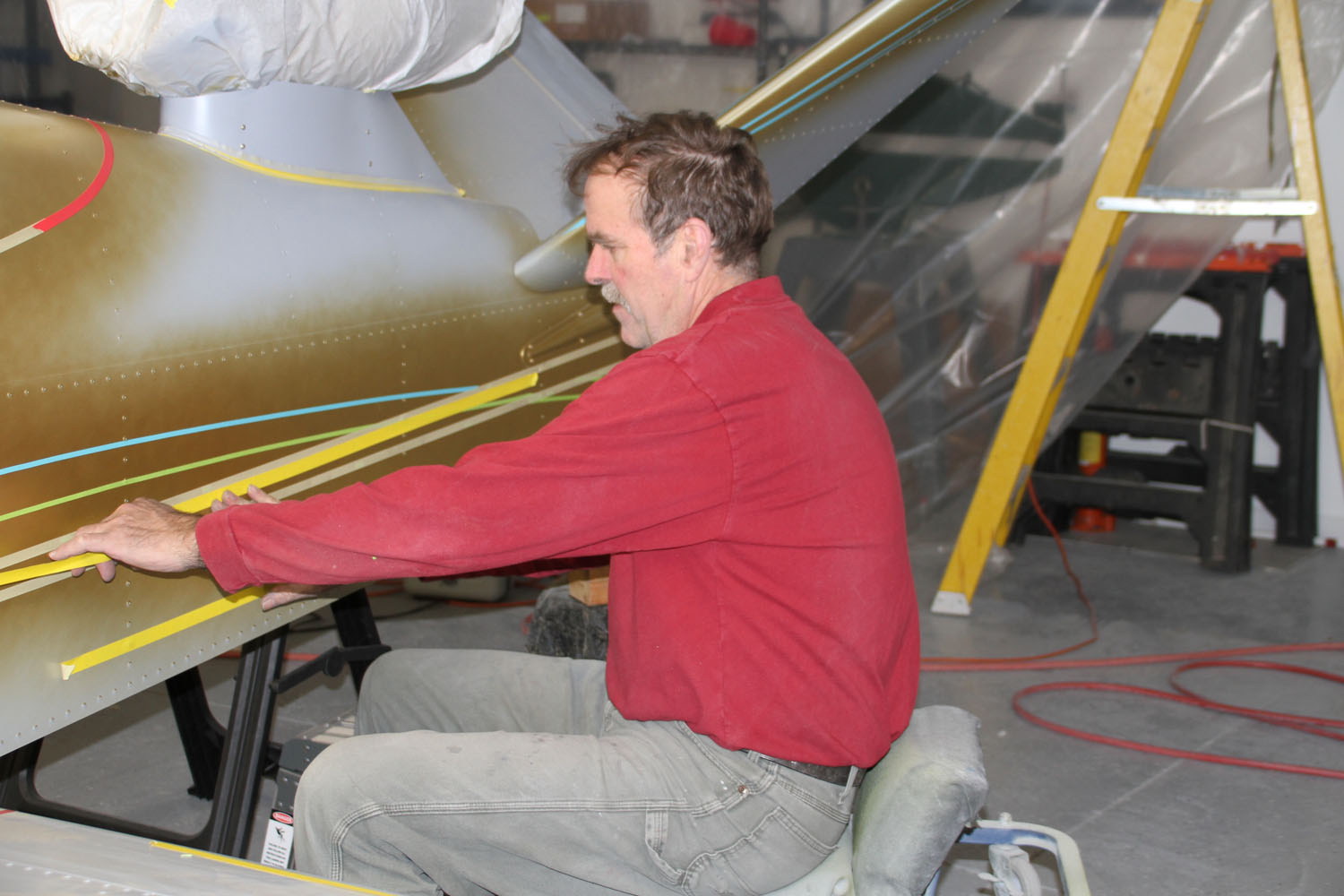 Watch the time-lapse video of day 3: