Ive been agonizing over this column for the last couple of months. Do I do a simple analog regulator that wastes a few milliwatts, or should I do the engineering optimum design that squeezes the last milliwatt out of our solar charger for the battery?

The answer turned out to be yes, and yes. When I did the “peak power” curve for the Harbor Freight 1.5-watt solar panel last month, it turned out that the peak power deliverable from the panel occurred at about 13.4 volts. Serendipitously, the maximum voltage I want to charge the battery to is 13.4 volts, so I can do a simple analog regulator that squeezes the last milliwatt out of the solar charger at the same time. Sometimes engineering works like that. Mostly not. We got lucky.

As we discussed in “Recombinant Gas Batteries” (KITPLANES March-May 04) the recombinant gas battery likes to be given a full charge, be allowed to discharge to a lower voltage, then be recharged…and so on for the life of the battery. This is also a reasonable regimen of exercise for the standard flooded-plate battery.

When we did the charger for the RGB back in 2004, we were pretty free and easy with current to power the system, as we were working from a fairly infinite wall-wart power source. Now that our power source is putting out a few dozen milliamperes we need to be a little stingier with our voltage regulator circuit.

This month will be the charger schematic with preliminary printed circuit board considerations, and next month will cover the artwork to lay out your pc board and instructions on how to obtain a pre-fabricated board from the author for a few dollars.

Lets Get to It

We have our choice between a switching power supply and a traditional analog type supply. However, with our solar cell maximizing output power nearly where we want our battery to be charged to, it calculates (including the quiescent or resting current of the regulator itself) that the analog charger is the best compromise.

First, we need a regulated power supply to run the regulator. This means that the op-amp that will drive the regulator needs a fairly constant source of operating voltage. The op-amp will work nicely on anything from 5 to 30 volts, so lets give ourselves a little margin. Ten volts is a sweet spot for this particular amplifier, and that is easy to generate. A constant-voltage zener diode is a good place to start. However, a zener is only a constant-voltage device if supplied with a constant current. To a first approximation, Q102 is set up to supply a constant 1 milliampere of current to zener diode D105. How? D102-D104 drop half a volt apiece, so the base of Q102 is 1.5 volts below the battery voltage at X101. The emitter (arrow end) of a transistor is always half a volt below the base, so the voltage across R102 is close to 1 volt. Current is given by Ohms Law as voltage divided by resistance, so 1 volt divided by 1000 ohms is one-thousandth of an ampere, or one milliampere. One rule of linear transistors is that the collector (straight line connected between transistor and zener) current is the same as emitter current. Therefore, zener D105 has a constant current of 1 milliampere flowing through it and is relatively unaffected by changes in battery voltage. Q103 buffers this constant voltage, so at the emitter (arrow end) of Q103 we have a hard voltage of 9.5 volts. C101 filters out any noise on the line.

U101A is an RS (reset-set) flip-flop. A high (anything above 5 volts, half the supply) on the (+) terminal causes the output (pointy end) of U101 to go flip and go high all the way to the power supply stops on the op-amp. Thus, a high on the (+) terminal causes the output to be close to the power supply voltage. This voltage turns on Q104 through R110 and Q104 turns on Q101 through R109. It connects the solar array plugged into J101 to the battery plugged into P101 through diode D101 and fuse F101. D101 is a sort of special device called a Schottky diode. Schottky diodes have the desirable characteristic of low voltage drop in the forward direction. At the same current of a silicone diode (D102, etc.), a Schottky will be about a tenth of a volt, good for solar array charging.

Diodes D106-D108 are the voltage reference for the switching action of U101A-B. We are taking advantage of a silicon diode with a forward voltage drop that is temperature dependent, just as the battery has a temperature dependence. A judicious choice of the number of diodes and an appropriate resistor ratio in the op-amps will make the charging voltage track the batterys temperature characteristic.

Figure 1 is the “rats nest” that a pc board designer is presented as the first step in laying out a board. The large black rectangle is the outline of the board (this one is 2.5×5 inches) and the 14-pin op-amp U101 has been placed in the center of the board. All the rest of the black lines are wires that must be connected for the circuit to operate in accordance with the schematic (Figure 2). For example, see R120 and R121 on the schematic (left-center on the page) and on the rats nest (upper left corner). Note that R120 and R121 are connected together and then to ground (left pins on the rats nest). In addition, both R120 and R121 have the other two pins tied together and then to R118 and R119, respectively. It is left as an exercise for the student to locate these two resistors and find the rats nest line that connects them to their respective variable resistors. It is my job to untangle this mess and make a pc board that is capable of being produced by an outside vendor.

As to the power-saving features that we incorporated into this design, other than taking the resistors to the highest practical values that we could live with, the little LED lamps are the current hogs for the whole design. In sum, they would consume nearly half the power that the solar array can provide. However, U101D is connected as a pulse generator. It delivers a 100 millisecond (0.1 second) pulse every 2 seconds. This is a 5% duty cycle, but its perfectly visible once every 2 seconds. That saves 95% of the power that these lamps would consume and is an acceptable compromise between no lamps and current-hog lamps.

Stay tuned. It is going to be a good year for projects like this. 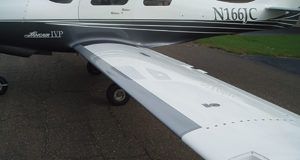