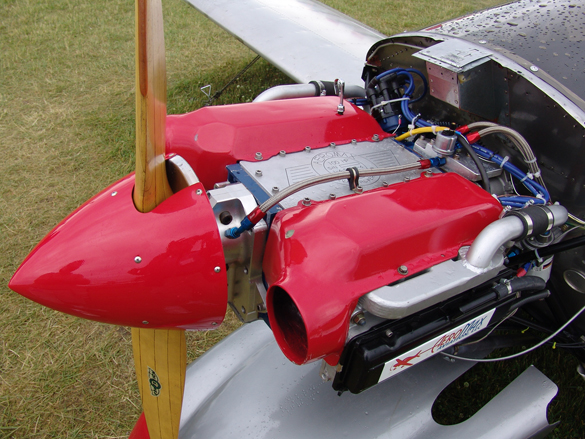 AeroMax Aviation of Valdosta, Georgia, has entered the Corvair conversion market with several examples on display at AirVenture. The AeroMax 100 IFB (100 horsepower, integral front bearing) was prominently featured on the nose of a Sonex, bringing the flying examples of the AeroMax up to three. The other flying engines are installed on a KR2S and a Breezy. According to AeroMax engine builder Jim Stanworth, a Zenith 601 will be flying shortly. 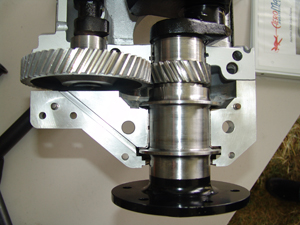 Like other Corvair conversion concerns, AeroMax has addressed the occasional crankshaft cracking issue with the modification of the hub end of the crank riding in a massive front bearing. Other AeroMax modifications include the elimination of the rear harmonic balancer, substituting a permanent magnet generator instead. This way we actually save a couple of pounds, and get rid of the complexity of belts and pulleys, Stanworth said. According to company specifications, the engine weighs 212 pounds. 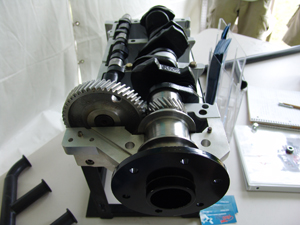 Retail price is $10,000. The AirVenture show special is $8500. AeroMax will also accept Corvair blocks and crankshafts to be modified for aviation use at a cost of $1500 plus shipping. Lead time for this service is said to be six to eight weeks from receipt.