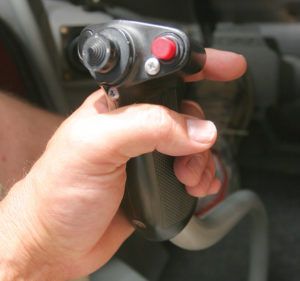 MAYDAY! MAYDAY! MAYDAY! No elevator. No elevator. Im going down. These are the chilling words from the NTSB report documenting the fatal crash last year of an amateur-built airplane. Wreckage examination revealed the elevator had disconnected from the longitudinal control system. The electric pitch trim motor was functional, but trim position at the time of the crash could not be determined.

Whether this tragedy could have been avoided after elevator control was lost is impossible to know, and its not the point of this story to second-guess the pilot. But there are provisions in the Federal Aviation Regulations (FARs) for exactly this situation. Likewise, there’s no intent here to campaign for Experimental/Amateur-Built airplanes to comply with the requirements of FAR Part 23, but many of those regulations have unfortunately come into being in the aftermath of tragedies such as this one.

What the Regs Say

For single-engine airplanes, FAR Part 23.145(e) says, in part, it must be possible to establish a zero rate of descent at an attitude suitable for a controlled landing without exceeding the operational and structural limitations of the airplane by using the normal flight and power controls except the primary longitudinal control system. In other words, it must be possible to land the airplane without using the control stick/yoke for pitch control. The wording gets tricky, because the intent is to address a simple disconnect between the elevator and the stick. It’s not talking about jammed controls, physically damaged control surfaces, runaway trim conditions or anything other than a simple disconnect between the cockpit control and the elevator.

Every airplane certified under Part 23 must demonstrate this capability. You’ve probably noticed the wording stops short of requiring the actual landing. It only stipulates controllability to the point where a safe landing should be possible. FAA test pilots have the option of performing an actual landing without using the airplanes primary pitch controller, but most perform a simulated landing at a safe altitude. Those who opt to perform this high-risk landing do so only after reviewing company flight test reports and having thorough discussions with the company test pilot. Even then, the FAA pilot will have performed multiple simulated landings at altitude and been satisfied with the results before attempting an actual landing because it’s dangerous.

How are these landings accomplished? By using whatever control systems remain. The most valuable feature for performing this emergency maneuver is pitch trim. A trimtab attached to the elevators trailing edge can be used as a servo tab if the elevator is free to float. In this case, trimming airplane-nose-up (ANU) should accomplish just that.

Airplanes such as the Cub reposition the stabilizer as the means of trimming. Again, trimming ANU should increase the airplanes pitch attitude. The fact that the stabilizer is typically much larger than the elevator could become a real asset because of its control power. On the other hand, an airplane thats overly sensitive to small changes in incidence angle of this relatively large surface could be difficult to control during those final seconds before touchdown.

The trim option might not be there in airplanes that merely reposition the elevator as its trim methodology. You’ll typically see this in fast-glass machines where the weight and parasite drag of externally hinged tabs impact speed (and, therefore, bragging rights). A trim system that applies a force to the longitudinal control system near the cockpit end of the linkage might not do you any good, if it’s attached to the linkage upstream of the disconnect.

What else do you have? Well, changing flap deflection can cause a pitching moment. Be careful with this one-the pitch response could be large, and the planes initial response could be opposite its final response as the flaps move from one position to another. Lowering the flaps generally results in a more nose-low attitude, perhaps too nose-down for a safe landing.

Power changes usually cause a pitch response. Thrust line relative to the airplanes center of gravity and propwash over the planes aerodynamic surfaces determine which way the airplane will pitch when power is changed. Using power to bring the nose up for the landing could be quite tricky, but it is another pitch control tool at your disposal.

One scenario where power can help is when you’re lowering the landing gear. I generally shy away from absolutes when talking about generic airplanes, but I feel confident in saying the landing gear is below every airplanes center of gravity. That usually means a nose-down pitching moment when the gear is lowered. I say usually because some airplanes could employ some moment-balancing trickery such as biasing the trim when the gear comes down. Power or flap adjustments could help balance the equation.

We’ve talked about the end game, but losing elevator control is not likely to occur while you’re flying straight and level. It’s more likely to let loose during a maneuver. Your priority, naturally, is to keep or regain control of the airplane. Trim, power, flaps and landing gear-use them all if you have to. Ailerons and rudder might still be functioning normally. Use them, and don’t forget that you might be able to control bank angle with rudder through the airplanes dihedral effect.

Sometimes help comes from unexpected places. If the airplane is pitching nose-up, doing nothing could result in a stall, which would make a bad situation a whole bunch worse. One possible control solution might be to roll into a bank angle and allow the nose to fall back toward the horizon. Sure, you’ll be turning and might be experiencing more G than you’d like, but this maneuver could buy you time in a controlled attitude until you can run the trim or reconfigure the airplane. Another possible cross-axis phenomenon you might take advantage of is deflecting both rudders of an EZ-type airplane. Deflecting the rudders changes the airflow (and local lift) over the wingtips, and this causes a pitching moment change because the swept wing design places the tips aft of the CG.

FAR Part 23.145(e) has been in existence since the 1960s. It used to specify that no exceptional piloting skill, alertness or strength be required. The removal of this requirement in the 1970s implies that although the airplane must be capable of a lost-elevator landing, it can take every bit of a pilots aeronautical acumen to accomplish. Amateur-built airplanes do not have to comply with Part 23.145(e). Whether yours does might be a good thing to determine. The same goes for practicing landing without the control stick/yoke at a safe altitude under carefully controlled conditions-before you have to call upon exceptional piloting for real.

It Can Be Done

Because the aircraft referenced in this story is the same as my own, I decided to try some landings in the sky without manipulating the elevator to see if they could even be accomplished. First lesson: It’s harder than it sounds. Maintaining aileron control in a stick-equipped aircraft while trying hard to not impart any elevator movement is a challenge. I found myself using a lot of rudder, not something you’d want to do near the ground.

The test was conducted solo, with inboard fuel only, putting the airplane 470 pounds under max weight and in the forward 25% of the envelope—nearly ideal for stability. What’s more, the test assumed a free-floating elevator; all bets are off should the elevator or control system jam.

By trimming to 75 knots indicated (KIAS) with the electrically operated elevator tab, I could get the airplane to remain stable to +/- 5 KIAS and still maneuver. It would hold a selected heading just fine and could be turned to a new heading without much drama.

Reducing power alone resulted in a predictable descent rate with about a 4- to 5-second overshoot period. Throttling back would drop the nose and increase airspeed, but the airplane would seek trimmed airspeed, overshoot once, and then nail the trimmed speed with an increased rate of descent.

Adding one notch of flaps resulted in a moderate pitch-up tendency, expected of a high-wing airplane, and required retrimming nose-down to maintain 75 KIAS. The airplane felt relatively comfortable at this speed, and could be held in a stable 500-fpm descent.

I attempted several landings to a hard altitude, seeking a nulled sink rate. They worked using trim alone and constant power, but response was sluggish. Changing power alone proved more responsive, but also more prone to pitch and speed overshoot. I could see the airplane touching down level or even nosewheel-first. I think if this ever were to happen for real, I’d use a combination of trim and power, gently managed, as well as an extended, straight-in approach to a long, wide runway.