So far, 2009 hasnt been kind to Experimental aviation. In another part of my world, the one that deals specifically with the Glastar and Sportsman kit aircraft, we lost two stalwart companies to a combination of economics and a shifting marketplace. Those two companies were AirlinkTECH (a builder-assistance firm run by Wolf Espenhahn; he also created and sold a number of Glasair-specific pieces like interior closeouts and fairings) and Pillar Point Avionics (co-owned by Dennis Douglas and maker of low-fuel sensing equipment, among other things).

In the case of AirlinkTECH, it was more a matter of the two-seat Glastar fading from prominence as a new product, which pushes it into a cost bracket where the builders are far more likely to be doing all the work themselves. Pillar Points woes, you could argue, started with Facet changing a key design of its fuel-transfer pumps, rendering one of the company’s best products unworkable.

While those of us in the Glastar/Sportsman universe will miss both companies, pilots and builders across the general-aviation spectrum should be mourning the loss of Superior Air Parts, which filed for Chapter 11 bankruptcy on New Years Eve. It was a victim of Thielert AGs own collapse; Superior was purchased by Thielert in early 2006. 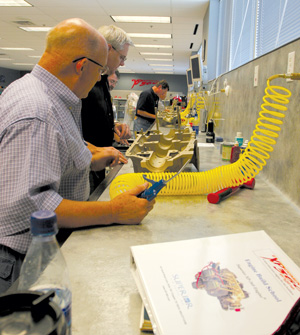 Superiors factory build school, where you could assemble your own XP-360 with guidance from the pros, was very popular.

As we went to press, the initial bankruptcy hearing had not been held, but the Chapter 11 documents had been widely circulated. Among the surprises was that Textron-Lycoming had stepped up to buy many of Superiors assets, including stock, tooling, intellectual property and production rights, PMAs and STCs. Superior, in the immediate aftermath of the filing, laid off much of its workforce but kept a few on to sell stock on hand. The engine build school was put on hold, though company representatives said that the XP series of Experimental engines could be saved. Im having a hard time seeing a drastically slimmed-down (albeit reorganized) Superior continuing development of kit engines; without the parts sales, where is your business model?

Those engine designs-among them the XP-400, introduced in 2006 and still in testing when we published our Engine Buyer’s Guide last month-were not on Lycomings shopping list, and neither was the line of Continental-fit cylinders that, in my view, put Superior on the map. (At a time when Continental struggled mightily with quality-control issues affecting its big-displacement cylinders, Superior stepped in with the Millennium cylinder, widely held to be a significant improvement over the O.E. design.) I wouldn’t be surprised to see the Millennium cylinders end up in Continentals hands, if only to put them down.

Felt most from Superiors closure will be the probable lack of warranty coverage for existing Superior engines. Whats more, Superiors new roller-lifter designs are utterly incompatible with Lycomings versions of the same idea. Should the Superior components fail, its possible the only remedy will be to replace the cases, lifters and cam.

Beyond the warranty is competition. With Superior effectively out of the way, the sole remaining sources for engines most common in the Experimental category become Lycoming and Engine Components, Inc. Between them, Lycoming is the only entity that has the parts to build entire engines across a wide swath of the market. ECIs Titan Kit Engines are all parallel-valve, four-cylinder designs, in 320-, 340- and 360-cubic-inch displacements. Superior covered this important part of the market with whole engines as well, but also had competition for the IO-390 coming in the XP-400, and the company was considered by many small shops to be critical to the way they built their engines.

Now, of course, if ECI doesn’t have it, you go to Lycoming. No shop owner sleeps well having a single source for the parts that help form his livelihood. 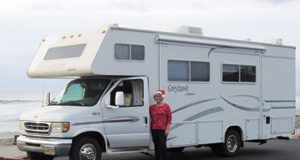