This is not good news. And even as I contemplate how to tell you, members of our extended KITPLANES family, of the health issues facing our own Bob Fritz, there is a glimmer of light at the edges. No doubt coming from Bobs own indomitable force of will. 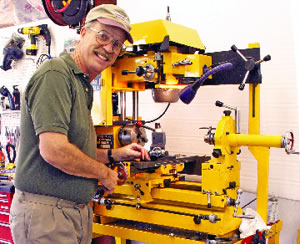 Bob Fritz, at home in the workshop.

Heres the short version. In December, 2008, Bob was working at his desk when, with no warning whatsoever, he suddenly realized he was on the floor facing an ambulance crew. After multiple trips to the hospital, the problem was diagnosed as a brain tumor about the size of a golf ball. Removal was relatively easy, if such a word can be associated with brain surgery, and he was out of the hospital with only a two-night hiatus.

Unfortunately, the tumor was diagnosed as an aggressive cancer. According to Bob, In doctor-ese its a Glioblastoma Multifora Stage 4, which is about as bad as it gets. No treatment, and the survival rate is 3 months mean. With treatment, its 12 months. But my doctors say that Im a young-ish 61, so that gives me yet another graph and another number-24 months mean. Remember mean says that 50% live longer/50% live less, and the number says nothing about the shape of the curve. A 24-month mean could have equal numbers of people passing away every month, or it could have half dying in the 23rd month and half in the 25th. Now add the variables of youthfulness and attitude…its not an exact measurement! So the first doctor said 3 months, the second said a year, the third said two years. Thats a trend I like, so Im looking for more doctors! Typical Bob.

Word of his illness landed like an anvil on my chest. I had just been to visit him at the Swansboro Airport, seen his Jabiru homebuilt almost ready to be flown. Bob, in my mind, was the picture of health, and has made for himself and his wife, Li, a paradise on earth. Imagine having the freedom to work when you want, to enjoy a well equipped shop adjacent to your hangar, which is a stones throw from the runway of an absolutely gorgeous central California airport. Your home is a short walk up the hill. If ever someone had it figured out, Bob had.

But this isn’t about his belongings. I want to celebrate his attitude. He is unflinchingly upbeat in the face of his diagnosis, something I cant say many of us (myself included) could muster. Bob is realistic about the future but totally committed to making the most of whats ahead of him. As part of his therapy, hes begun writing a short book on the experience. Ill let you know when and where it is available.

Bob is going to miss the next couple of issues as he undergoes radiation and chemotherapy treatment. He vows to return, not just with his acclaimed Home Machinist series but also to see his Jabiru take flight and document it.

I don’t know about you, but Ill keep Bob in my thoughts, and-right now, today-live my life just that much more passionately. 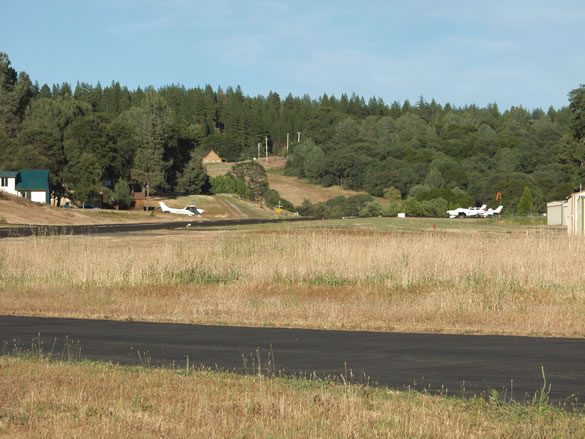 A view of the Swansboro Airport.