Its been said that general aviation can be its own worst enemy. Among the other concerns for survival-the aging pilot population, economic pressures, airspace grabs, fuel worries and indefensible regulations (high on my list is the FAAs stance on through-the-fence runway access at residential airparks)-is one that savvy businesses can actually do something about: poor customer relations.

You’ve no doubt walked into an FBO-fixed base operator, an unfortunate term for a company that has to do so much including fueling, repairs and flight instruction-and been largely ignored or treated poorly. If you’re an experienced pilot, this is nothing really new and probably wont tick you off very much. But if you are taking those first steps to realizing the dream of flight, such roadblocks, even minor compared to the inconveniences we see every day, might be enough to send you back to boats, motorcycles or the Apple store. Its hard to know for sure.

Im not picking on FBOs exclusively. In fact, I have had some very good experiences recently. Every place I stopped on the way to and from Oshkosh this year-a total of eight different FBOs from Cortez, New Mexico, to Madison, Wisconsin-provided great service. (Before I move on, I have to give everyone at AirVenture a virtual high-five for keeping cool and remaining kind despite the weather challenges at the start of the show. The volunteers showed incredible persistence, inventiveness and class.) 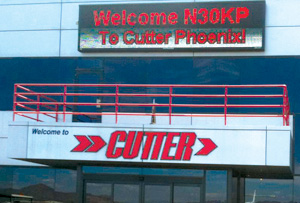 Regarding FBOs. Take Cutter in Phoenix. Youd think an FBO in a major metropolitan area accustomed to jets and bigwigs wouldn’t go out of the way for a homebuilt capable of taking on 25 gallons of fuel. But youd be wrong: On our recent trip to visit friends, Cutters staff were uniformly polite, waived overnight fees for not-outrageously priced fuel and even had the reasonably priced Enterprise rental car under the wing within a couple of minutes of our shutting down on the ramp-as this FBO and its ebullient staff have done several times before. This most recent experience made the decision to fly (as opposed to drive or take the airlines) seem incredibly smart. Cutter, because its employees took care with a small customer, has earned my admiration and future business. Thats how it is when management appreciates the value of happy workers, I suppose.

The annual Kit Aircraft Buyer’s Guide that appears in this issue gives us an opportunity to talk to a broad cross section of the industry. Contributor Cory Emberson is tasked with making first contact, but inevitably there are kit makers who are difficult to reach despite repeated attempts through email and telephone. Eventually, our Managing Editor, Mary Bernard, and I get involved and have to press the issue.

In the end, its actually pretty simple: If we cant make contact and get current information, we assume the company to be either defunct or on the verge of it. But we are persistent. Its in our nature, sure, but mainly we don’t want to penalize a small company because the owner decided to take a well-earned vacation or because he would rather attend to his paying customers than take a phone call from a magazine.

But we are also left wondering: Is it just us, or do paying customers get the same treatment?

I have a theory that some small kit companies stay small not because the airplanes aren’t good but because of poor business practices. Reader Greg Fila sent me a letter that forms a concrete example. He ordered a $20 information packet from Preceptor Aircraft. After a few weeks I called…to ask about the status of my order, leaving a message. Their recording said that they would return my call [but] they never did return my initial call, nor at least half a dozen more calls over a period of a month or more. Fila was able to stop payment on the $19.99 check (at a cost of $10) after contacting the Better Business Bureau, which was unable to reach the company after making several attempts. Fila was unhappy enough to write a letter, spend time dealing with his local BBB office and generally outstrip the cost of the miscue in the value of his time. However, most potential builders would turn away, perhaps never to try our sport again, assuming, wrongly, that this treatment represents standard procedure. 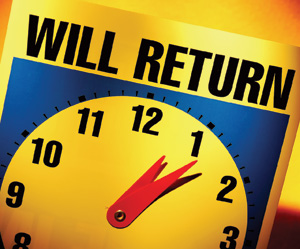 Is the failure to send an info pack the end of the world? Certainly not. But there are lessons to be learned for would-be builders. Pay very close attention to your first interactions. Can you actually reach someone at the company? Does the company or a salesperson respond within a reasonable amount of time? Are you treated kindly?

Im completely sympathetic to the small-business syndrome: You have too few people to do too much work. Its like that around here some days, but an apology and a make-good will bridge any gulf if performed in a reasonable amount of time and with sincerity. I think you see a lot of what a company is made of in how it responds to situations like this.

Add to your due diligence by asking other builders about their experience with the company, and as you get closer to making the final purchase decision, join or watch the online forums that support the specific design. (But also remember that online forums are often dominated by those with a beef, while the quietly contented tend to sit on the sidelines, watching the mayhem.) The thing is, a bad first impression-unreturned phone calls, failure to send information or a broken web site-shouldn’t be the sole reason you walk away from a particular kit airplane. But if the behavior appears routine, its time to give your attention to the many conscientious manufacturers out there who are working hard, vying for your business, and are ready and eager to sell you an airplane-building project that will improve your life.

As you’ll soon see, this issue of KITPLANES is belly-full of the annual Kit Buyer’s Guide, and while the overall number of pages is up, we have to push some of the tools to the corner of the shop to make room. Thats why Mel Asberry is taking the month off with his popular Ask the DAR column; he claims to have actually gone on a vacation, lucky guy. Bob Fritz is working on more Home Machinist installments for us, and we have Stein Bruch pecking away at the keyboard for another round of useful hands-on avionics columns. Finally, Ron Wanttaja will resume his series on homebuilt-aircraft safety in the January issue.

Marc Cook - January 10, 2011
0
Editor-in-Chief Marc Cook discusses his recent visit to a Zenith Aircraft factory workshop where he had the pleasure of flying some airplanes and pulling some rivets.