Question: I would like to build something like a Wittman Tailwind, but must fly an LSA because I have a Sport Pilot license. Is it possible, since I would be the manufacturer, to designate the gross weight as 1320 pounds in the limitations statement, and through this method qualify it as an ELSA-more correctly, an Experimental that meets the requirements for an LSA? This reduction in gross weight still leaves close to 450 pounds as useful load. The plan is to use a lightweight engine, and trim weight where possible to reduce the empty weight and increase the useful load. 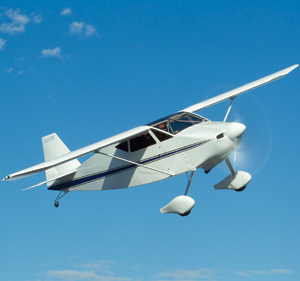 The Wittman Tailwind could conceivably be registered as an Experimental/Amateur-Built that meets LSA requirements.

Answer: You, as the builder, can set the gross weight lower than the designer recommendationif you wish. However, it must be said that if the gross weight has already been set on a certificated aircraft, you may not lower it for the purpose of operating as an LSA. The regulations state that the aircraft must havemet Light Sport parameters continuously from original certification. Because the Tailwind seems to meet the other requirements, including a 45-knot CAS clean stall speed, the challenge might be effectively limiting the maximum speed at sea level (at maximum-continuous power) to 120 knots/138 mph; the Tailwind is considerably faster. A smaller engine and/or a fine pitch (climb) prop might do it. Also, you’re right that the aircraft will be registered as an Experimental/Amateur-Built that meets the requirements of LSA to be flown by a Sport Pilot.

Question: I am a U.S. resident interested in trading my Piper PA-16 for a Sonex with an AeroVee engine thats currently registered in Canada in the Ultralight category. When asking about the difficulty of importing the Sonex, we hear experiences ranging from complex and expensive to no problem. If we trade our planes, meeting in the middle still requires one of us to cross the border. I know the import and export of GA aircraft between the U.S. and Canada is done regularly, but could you shed some light on the process and cost? 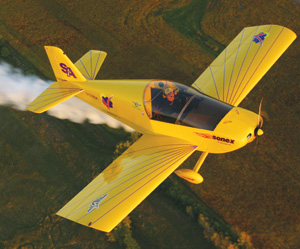 Although it qualifies as an ultralight in Canada, the Sonex will not meet current UL requirements in the U.S.

Answer: Export of the Piper to Canada should be straightforward. However, heres the problem with your intended trade: The Sonex is currently registered as an ultralight in Canada. The Sonex does not comply with the ultralight rules in the U.S., which limit the vehicle toa max empty weight of 254 pounds, maximum of one seat and maximum speed of 55 knots. The Sonex will meet none of these requirements.

The normal expected category for the Sonex in the U.S. would be as an Experimental/Amateur-Built aircraft. To import this aircraft as an amateur-built, you would have to show that the aircraft is at least 51% amateur-built. The original builder would need to submit a notarizedeligibility statement, FAA form 8130-12, and show evidence of the amateur-built status. If this can be done, the aircraft could be certificated under CFR14 part 21.191(g). The only other option would be the possible certification under 21.191(d), Experimental/Exhibition. But there are serious operational limitations under this category that you would want to avoid if possible.

Question: I have just completed a RANS S6 Experimental, and Im ready for inspection. I would like to know if its mandatory to have an ELT installed. I would like to use a personal locator on the new 406 frequency. 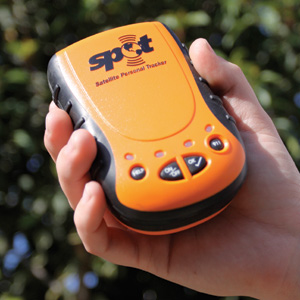 Many pilots these days are using units such as this SPOT satellite personal tracker, but they are not a substitute for an ELT in the aircraft.

Answer: The recent ELT fiasco has generated a multitude of questions about the new 406 MHz ELTs. While there is no mandate to install the 406 models, the rule has not changed. You are still required to install an ELT per FAR Part 91.207. A personal locator will not meet this requirement.

Question: In your articles,the words standard category and certified are used interchangeably. Arent amateur-built aircraft alsocertified aircraft, but in the Experimental/Amateur-Built category?

Answer: The exact terminology to which you refer is somewhat vague and is frequently misused. Generally, a Standard category aircraft is referred to as being certified because it is certified to meet specific standards, mainly a type certificate. Amateur-built aircraft are typically referred to as certificated because they have been issued a certificate in the Experimental category.