I read your article Understanding the Differences in the Light Sport Category in the August 2009 issue. I am still a little confused. Could you answer the following questions:

I am building a RANS S-19 kit.I am under the impression that I am responsible for proving to the FAA that I built 51% of this plane.Does that make it an Experimental/Amateur-Built (EAB)?

I heard that the Vans RV-12 kit must be built exactly as the RV-12 prototype that Vans is flying. I understand that the RANS S-19 that I am building can be built with modifications as I choose.Can you explain these differences between the RV-12 and the S-19?

Can a builder purchase a Vans RV-12 and build it with modifications under the Experimental/Amateur-Built rule?

The RV-12 is offered as an ELSA kit. This means it must conform exactly to the SLSA on which the ELSA kit is based and will be certificated as an Experimental Light Sport Aircraft. After certification, you may make modifications to the RV-12 as long as the mod doesn’t take the aircraft out ofLight Sport parameters.

The RV-12 may be built as an Experimental/Amateur-Built and include changes from the original design. However, if you chose this route, you must show that you built a major portion of the aircraft, and if you intend to fly it as a Sport Pilot, it is up to you to show that any changes you made didn’t take it out of Light Sport parameters. Also, remember that the kit was designed as an ELSA, so if you decide to build it as an amateur-built, the kit manufacturer will probably not be able toassist you with any changes you decide to make.

Question: I built a RANS S-7 in 2002, and its been a super plane. When I registered it, the weight and balance sheet from RANS showed a 1200-pound maximum gross weight, and I have lived with that. Now with the Light Sport RANS S-7, the gross is 1320 pounds, same plane. Can I change my gross weight to 1320 pounds, and what would I need to do to make that change?

Answer: You can change the gross weight of your RANS S7. First, you should contact RANS and make sure that the company didn’t make structural changes when the gross weight was changed. If the factory approves the increased weight on your particular aircraft, you should be fine. If not, then you would be on your own. Regardless, you would need to put the aircraft back into Phase I flight test for at least 5 hours and complete testing to the new gross weight.

We were starting to get paranoid. Every time our print deadlines approached, new information would trickle out pertaining to the rules that govern Experimental/Amateur-Built aircraft. Wed plan a story to take an in-depth look at the new rules, but the timing of the announcements left us in a bind.

And here we are again. Advisory Circular 20-27G was published on October 7-just enough time to get it into this issue but too late in the cycle to really sit with the changes and understand them on a molecular level. For now, therefore, well take a top-line look at the changes and work toward a more in-depth analysis in a future issue.

The good news is that there’s good news, which didn’t look to be forthcoming this time last year. Remember that the Amateur-Built Aviation Rulemaking Committee (ARC) was formed in 2006 to address what the FAA felt was excessive use of commercial assistance. The ARCs report was published in February 2008, and the FAA came to AirVenture that year with its list of proposed changes. Unfortunately, the list had grown to include some onerous requirements that rendered ineligible even those kits well clear of the limit on factory completion. ARC members were shocked to find that the FAA had ignored several of their well-considered suggestions.

We should credit the FAA for going back to the conference room, reconvening the ARC, and setting about to make sensible rules. We now have them.

Here are some other highlights of the actual Advisory Circular.

The FAA originally proposed a 20/20/11 work split. Thats 20% fabrication, 20% assembly and 11% of either, to make up the 51% that builders are required to complete. The rules as written before the proposal simply said assembly and fabrication, with no specific percentage requirement. Unfortunately, the FAA also altered the definition of fabrication to be very restrictive. The new AC contains no 20/20/11 requirement. Moreover, it includes a more workable definition of fabrication: Fabrication is defined as to perform work on any material, part, or component, such as layout, bending, countersinking, straightening, cutting, sewing, gluing/bonding, layup, forming, shaping, trimming, drilling, deburring, machining, applying protective coatings, surface preparation and priming, riveting, welding or heat treating, and transforming the material, part, or component toward or into its finished state. We can live with that.

A new builder checklist makes much more sense than the originally proposed version. With the old one, either you got credit for an entire operation or the kit company (or commercial assistance) did. Nothing in between. The new checklist more accurately reflects building reality, where you might perform some valid operations on a part that you purchased from someone else, or that you had commercial assistance riveting, say, part of the wing. Each line item is worth a point, but that point may be subdivided in tenths among the builder, the factory and commercial assistance. So you could get half a point for, say, fabricating a wingspar, the factory would get 0.4 points and commercial assistance might ring in for 0.1 point. When you total all of the categories, the builder must have points in at least a 51:49 ratio to all the other categories, thus performing the majority of the work.

In addition to these more rational regulations, the FAA beefed up the language in the notarized eligibility statement so that it, presumably, can go after those who would still flout the rules.

The NKET, National Kit Evaluation Team, has been established, which is a single group responsible for evaluating new kits for 51% compliance. Before, kits were evaluated regionally, leading to many discrepancies.

The FAA has greatly strengthened the wording prohibiting conversion of modified, previously certified aircraft into the Experimental/Amateur-Built category.

Will the new rules end excessive commercial assistance? Most agree that they wont, mostly because those who had aircraft pro built will continue to fill out the affidavit of eligibility saying they built the airplane when they didn’t. But the vast majority of builders are legitimate do-it-yourselfers, and the new AC preserves an entire hobby for them. Build on, we say, and don’t look back. 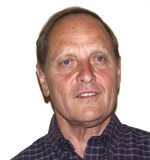 Kitplanes - February 18, 2009
0
Ron AlexanderOur popular Build Your Skills: Fabric series comes to a close with the...