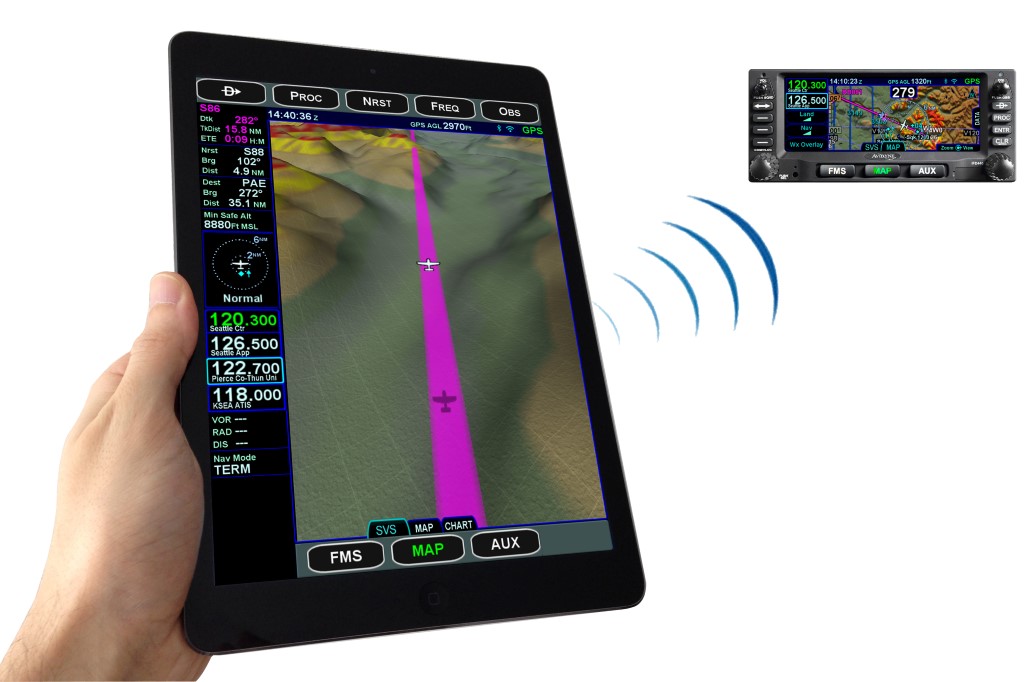 “Avidyne’s IFD Series offers a versatile, open-architecture wireless interface that leverages the power of its fully integrated Bluetooth and WiFi technology, requiring no external boxes, wires or dongles,” said Avidyne President & CEO, Dan Schwinn. “Connectivity is key to our long term strategy, so last year at AirVenture, we introduced our Wireless SDK in order to tap into the creativity of the third-party app development community, and this growing list of apps demonstrates its success, which directly benefits our IFD customers by offering them more choices than they can get with any other system.”

“We are actively working with several other developers, and we are looking forward to announcing even more apps in the near future,” Schwinn added.

Avidyne previously announced their own iPad app, the IFD100, and they are delivering their MK10 Bluetooth keyboard, which provides wireless remote control of the IFD540 and IFD440 systems. Avidyne has also announced a partnership with GlobalStar to develop in-flight hotspots for voice and data connectivity, with new product announcements forthcoming.

Avidyne’s Wireless Connectivity Software Developer Kit (SDK), introduced in July 2015, provides two tiers of connectivity between Avidyne IFDs and portable devices running iOS, Windows, and/or Android operating systems. Tier 1 developers are those who are creating applications that only require receiving the wireless data stream (read-only). They can easily register, accept the royalty-free licensing agreement, and download the SDK from the Avidyne website. Tier 2 developers, are those who plan on creating apps that send data back to the IFD540/440 (read/write). Tier 2 developers need to apply separately and complete a more thorough vetting process and testing protocol before their specific app will be approved and authorized by Avidyne.

For more information, visit Avidyne at AirVenture or online at www.avidyne.com.