Home Magazine Builder Spotlight Breaking In an Engine on the Ground 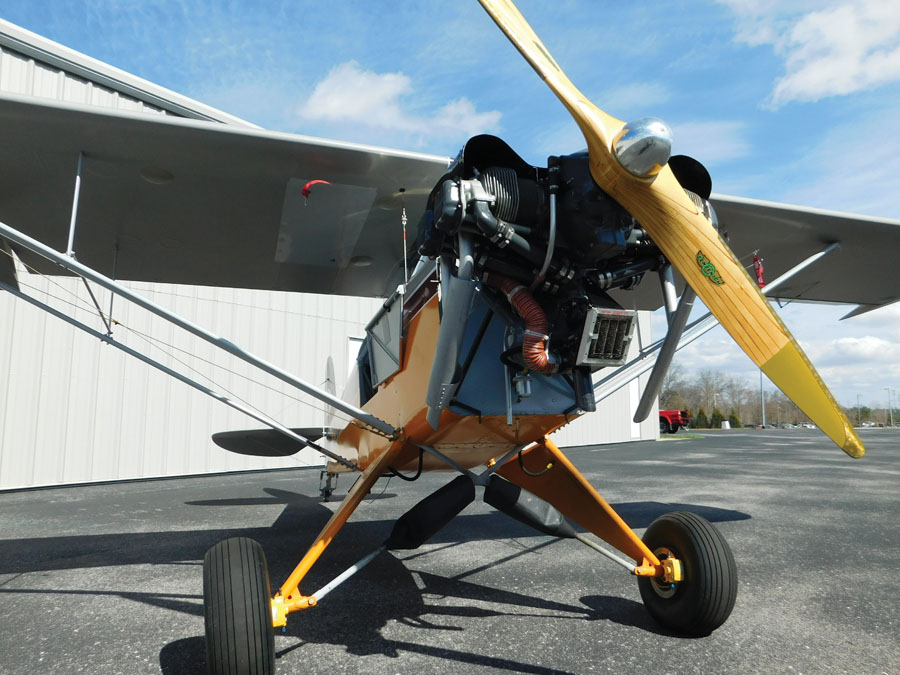 Engine break-in is intended to seat the piston rings to the cylinder walls by a controlled wearing of both surfaces. After the procedure is completed, oil consumption and operating temperatures will decrease, and compression will increase. Aircraft engine manufacturers give guidelines for break-in, warning to avoid prolonged ground running. The reason is that light cylinder pressures and insufficient cooling will cause oil residues to bake onto the cylinder walls. The reduced metal-to-metal contact will prevent the rings from seating properly. To avoid this, the airplane should be taxied to the active runway without delay, taken off, and flown at continuous power without exceeding any critical operating parameters.

If you have built your own airplane with a newly overhauled engine as I have, you basically have an unproven airplane with an unproven engine. The homebuilt testing guidelines indicate that a series of taxi tests will be needed to prove the ground handling characteristics before committing to flight. However, this contradicts the advice of the engine manufacturer. This is a perfect example of a procedural impasse.

Feeling a bit confident in my problem-solving skills, I decided that I would break-in my engine on the ground. Yes, on the ground! Soon I was told that I was about to do the worst possible thing to my engine. Specifically, I just needed to (shape up) and get in the airplane and fly it. OK then, what can happen once airborne high above the ground. Let’s see.

Each one of these challenges must be evaluated separately, and the appropriate action taken to prevent serious harm to the pilot and airplane. On the other hand, ground running requires only one solution to every problem—shut the engine down!

The bottom line in breaking in an engine is controlling the heat while still carrying substantial power. A gasoline engine is about 30% efficient. In other words, only 30% of the energy involved in burning gasoline appears as power at the propeller, and the other 70% is converted to heat. Figure 1 illustrates the major heat flows for a hypothetical single-cylinder job. As you can see, most of the heat goes safely out the exhaust pipe. Unfortunately, some stays in the engine with potentially dangerous effect. 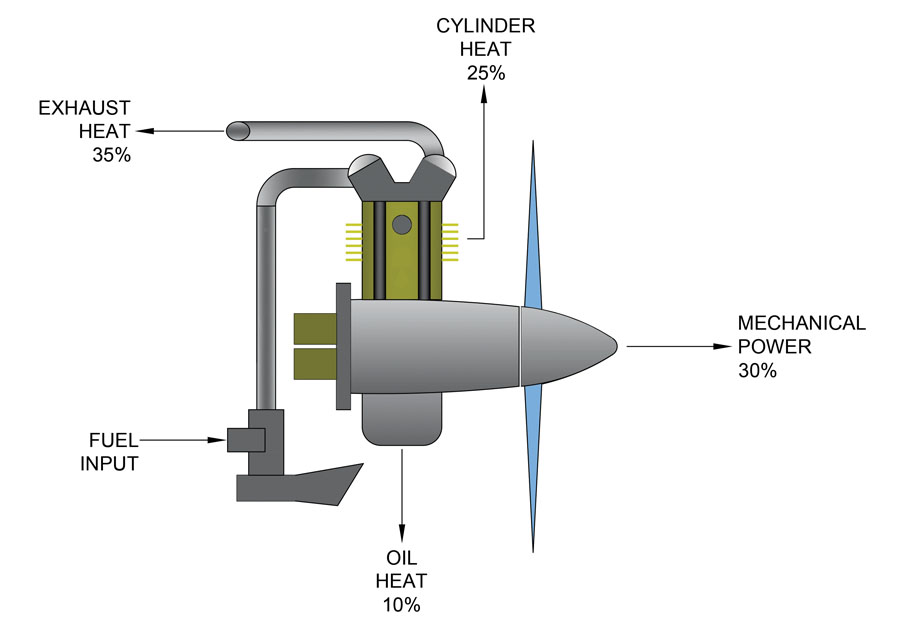 Figure 1: Waste heat represents a major portion of the energy available in gasoline.

The objective during break-in is to produce sufficient cooling to maintain the temperatures under control. If you decide to go with the procedure I am about to suggest, you will need to refer to your engine manual to determine the temperature limits. For my Continental A-75, the maximum cylinder head temperature (CHT) that I would permit is 400 F. The maximum oil temperature is limited to 220 F. EGT readings were taken but found useful only for leaning the engine. At the break-in power settings, the mixture control (if available) is pushed to full rich.

Figure 2: An alternative way to provide cooling air on the ground.

A method was needed to simulate the cooling conditions that occur in flight. Figure 2 shows a proposed solution. A blower supplied high velocity air through the flexible duct into the plenum chamber. The forced air created pressure above the cylinders, which was measured by the water manometer. Baffling around the cylinders caused the airflow to hug the fins and thereby transfer heat to the air, which was then exhausted below. Tight baffling maximized the cooling effect from the available air volume. 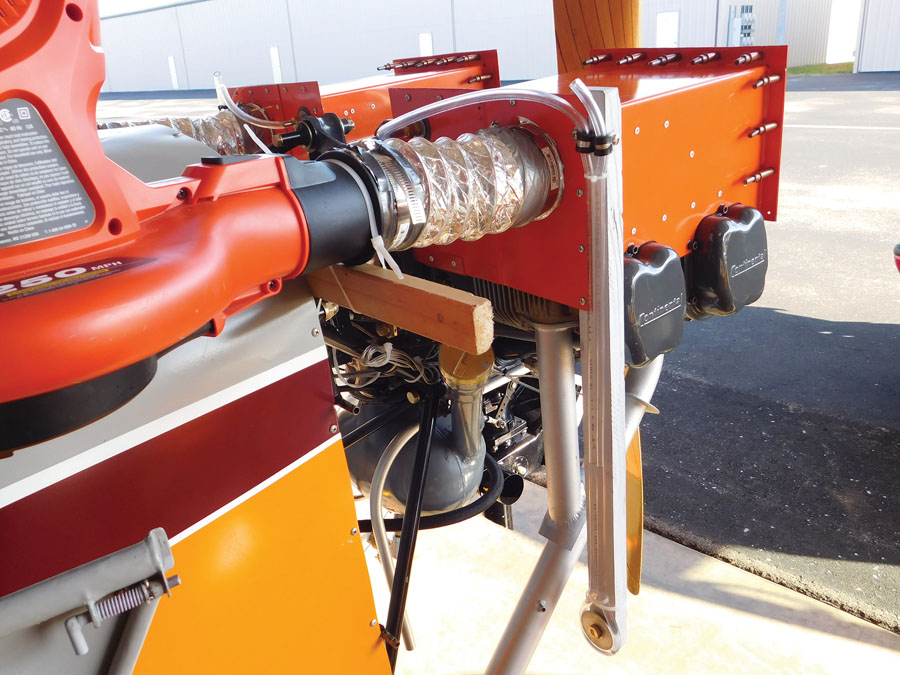 Two leaf blowers were obtained from the local hardware store to provide the forced air. These were adequate for my size of engine, but may not be appropriate for anything larger. Figure 3 shows the resulting implementation. As you can see, Clecoes were used on the front covers to allow inspection of the CHT thermocouples that were installed on the top spark plugs. The water manometer is shown positioned at the side of the assembly in view of the pilot.

The manometer consists of a U-tube of clear plastic tubing half filled with water. Air pressure connected to one arm of the tube causes an imbalance of water level, which can be regarded as a pressure indication. Although only an inch or two of pressure was required, anything that caused that pressure to drop was a cause for immediate concern. A blower that has tripped a circuit breaker cannot be heard over the noise of the engine, but the cylinder temperatures will rise quickly.

Why not just use a test club and get it over with? That might be a good idea for a larger engine. After all, the full power of the engine would be available to provide cooling air. Just like with clean, abundant nuclear energy, the power must be controlled carefully. If you decide to make or buy a club, it must be able to absorb the full power of the engine, be properly balanced for the maximum rpm, and be able to withstand the bending forces on the blades (without resonance). In addition, an oversized scoop would be required over the engine to direct the prop wash through the cylinders. Considering the dynamic pressure and area of the scoop, the forces can be substantial. The scoop should not go flying before the airplane is ready! 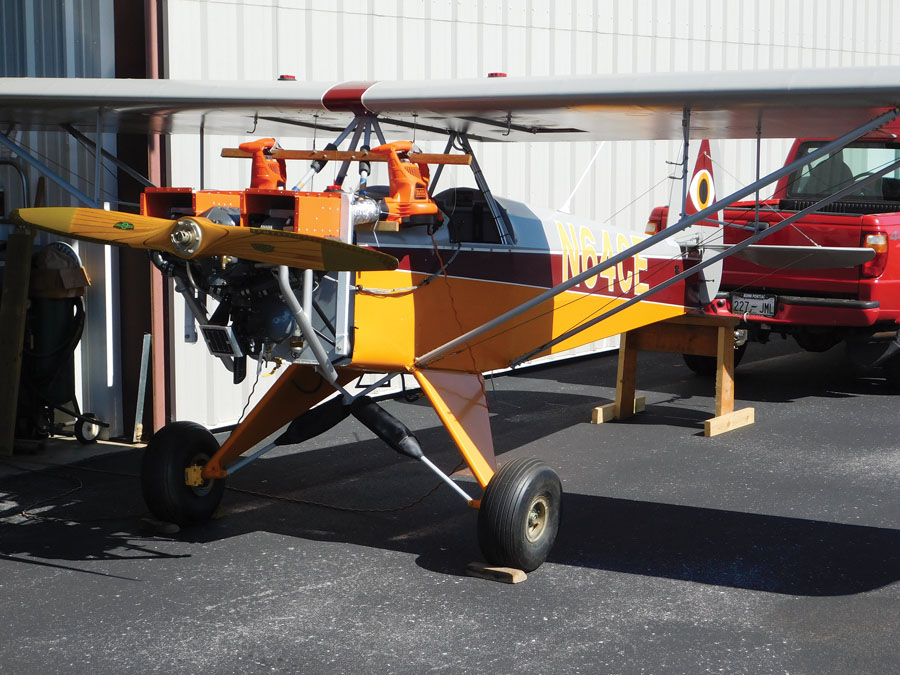 My break-in operation began by filling a five-gallon gas can from the airport’s 100LL pump and transferring it to the airplane’s fuel tank. This amount of fuel should provide for at least one hour of running time. I measured and recorded the height of the fuel float rod extending out of the gas cap. I also noted the starting oil level. Next, the airplane’s tail was tied down to a stationary object, as shown in Figure 4.

After the usual preliminaries, the prop was pulled through, the engine was brought to life, and then the blowers were started shortly thereafter. After climbing into the cockpit, the data collection began. Shown in Table 1 is the data from the first run. Measurements included clock time in hours and minutes, tach time in decimal hours, oil pressure in psi, engine rpm, cylinder head temperatures in degrees F, and exhaust gas temperatures in degrees F. A rotary switch was used to select the CHT and EGT points of interest. Figure 5 shows the view of the instrument panel that provided this information. Ambient temperature was measured by taking the EGT temperature before starting the engine. The throttle was advanced in steps to ease the engine up to the cruise power setting of 2300 rpm. 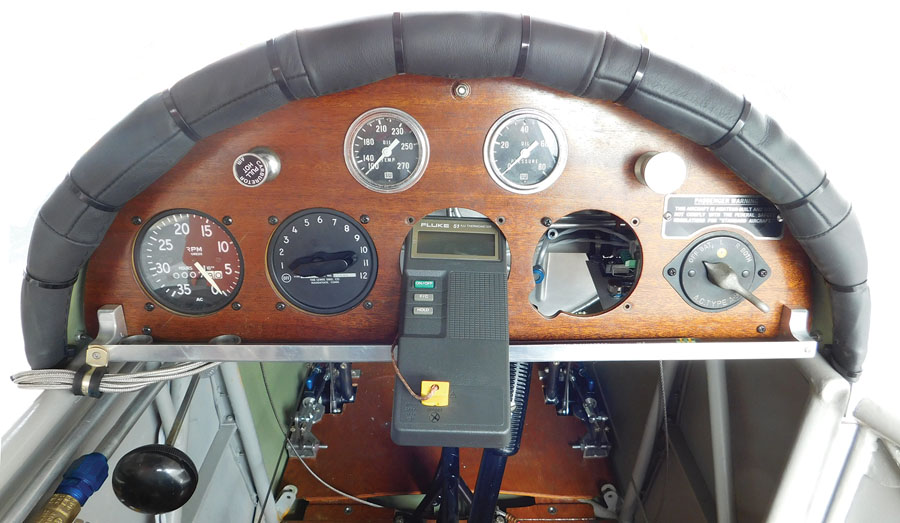 Figure 5: Thermocouple wires come in from the left and the 12-position switch determines which temperature point is indicated on the readout.

I soon faced my first crisis of confidence. The test was terminated rather suddenly with an abrupt stoppage of the engine as noted by the last entry in the log sheet. This event either represented clear justification for doing the ground run, or proof that I just did the worst possible thing to my engine. The problem was eventually traced to the fuel tank float rod being 7/8 inch too long. The engine simply ran out of gas. 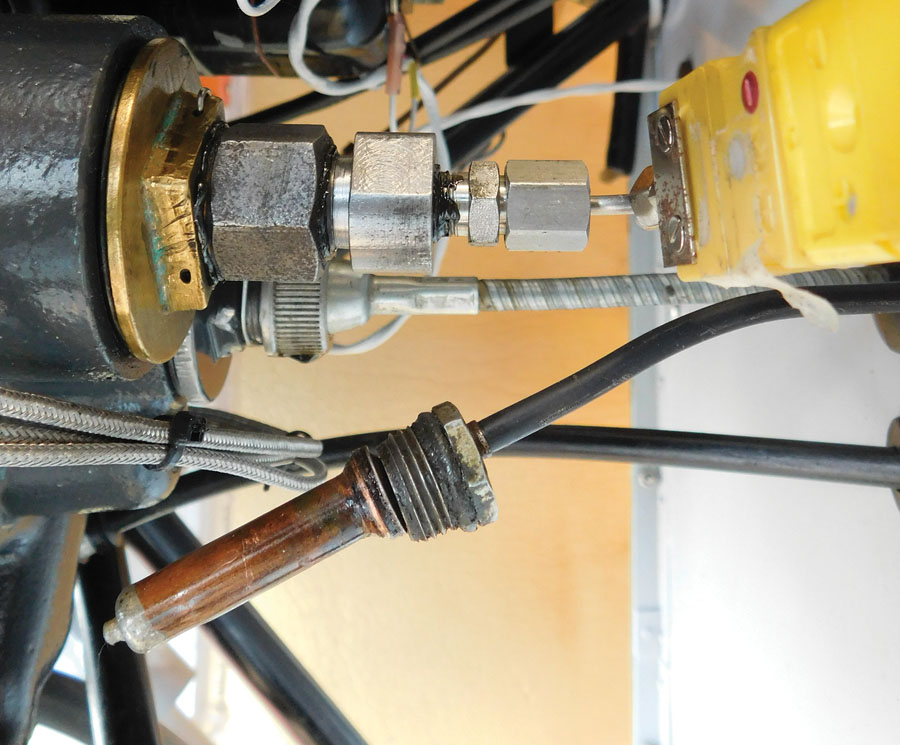 Figure 6: Vapor pressure bulb removed from oil strainer and replaced by a thermocouple.

Further investigation of the log shows the oil temperature readings ridiculously low. The bottom of the temperature range was 100 F, yet the needle never moved off the peg. A new temperature gauge was ordered and installed, giving slightly better readings but still too low. Both gauges (with vapor pressure bulb type) indicated approximately 212 F when submerged in boiling water. An old mechanic’s adage came to mind, “If the heat’s not going where it’s supposed to, then it’s going someplace else.” That was the answer. The heat was short circuiting the sensing element and going through the fittings. The bulb and mountings are shown in Figure 6. An exposed junction thermocouple, shown in Figure 7, was substituted and inserted deeper into the oil strainer to get better readings. Oil temperatures thereafter registered about 195 F (220 F redline) on the thermocouple meter. 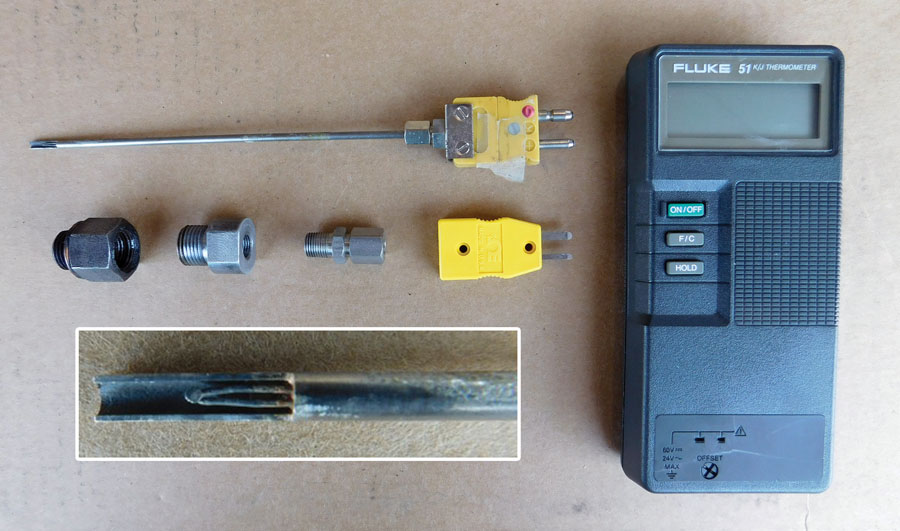 More data problems exposed their deceitful indications. The low cylinder head temperatures were questionable, but I wanted to believe them because, to my mind, the whole ground-based engine break-in idea was just too good. As it turned out, the washer thermocouples installed under the spark plugs were of the isolated junction type. In this type, the thermal path is blocked by an electrical insulator to permit compatibility with some readout devices (but not mine). By cutting off the original spark plug washers and silver soldering the Type-K wires directly to standard copper spark plug washers, the problem was solved. 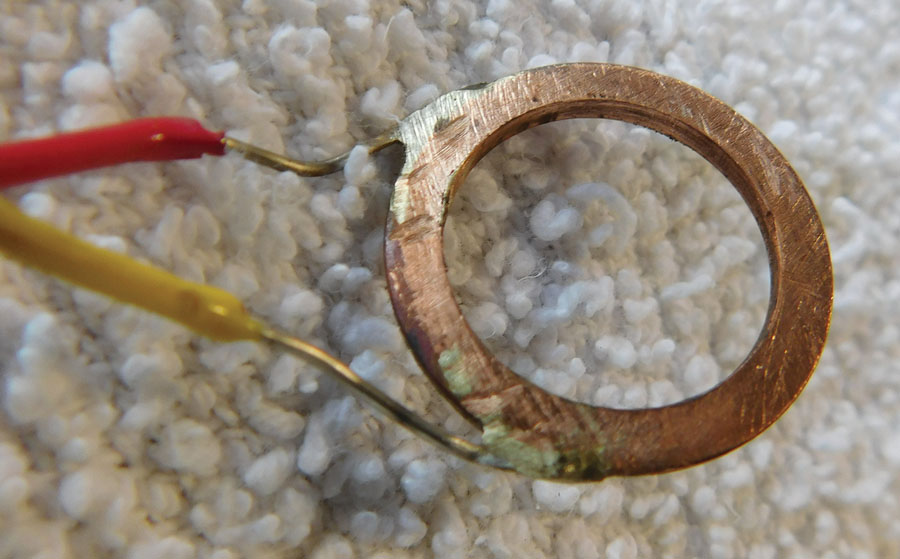 After this, CHT readings were around 389 F (400 F redline, still good!). Figure 8 shows the original thermocouple, and Figure 9 shows the reworked version. 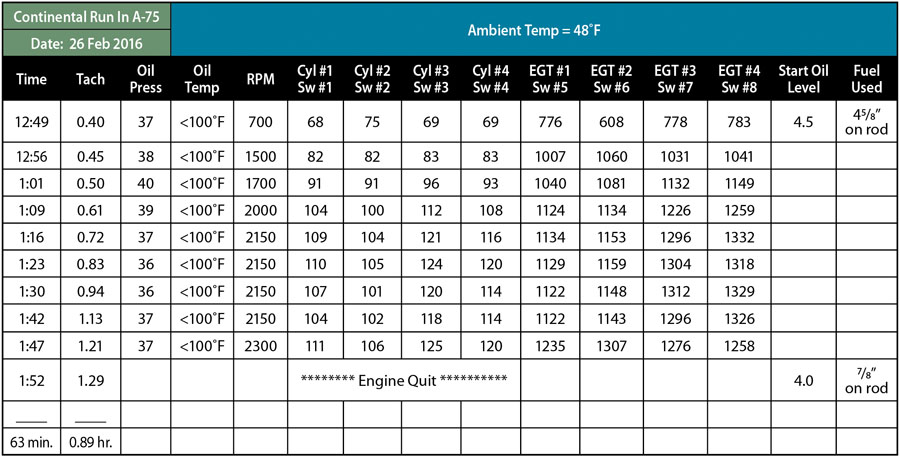 During the first oil change, a considerable amount of debris was found in the oil screen. The second oil change was better, and the third oil change was very reassuring. Frequent oil changes tell an important story during the first few hours. As you can see from the log sheet (Table 1), oil consumption was about a half quart in the first hour. Now? Significantly lower. The compression readings are shown in Table 2.

After successfully completing the 10-hour run, I didn’t expect any high fives or body slams. You see, I didn’t follow accepted procedure. Who ever heard of breaking in an aero engine on the ground? Now you have! 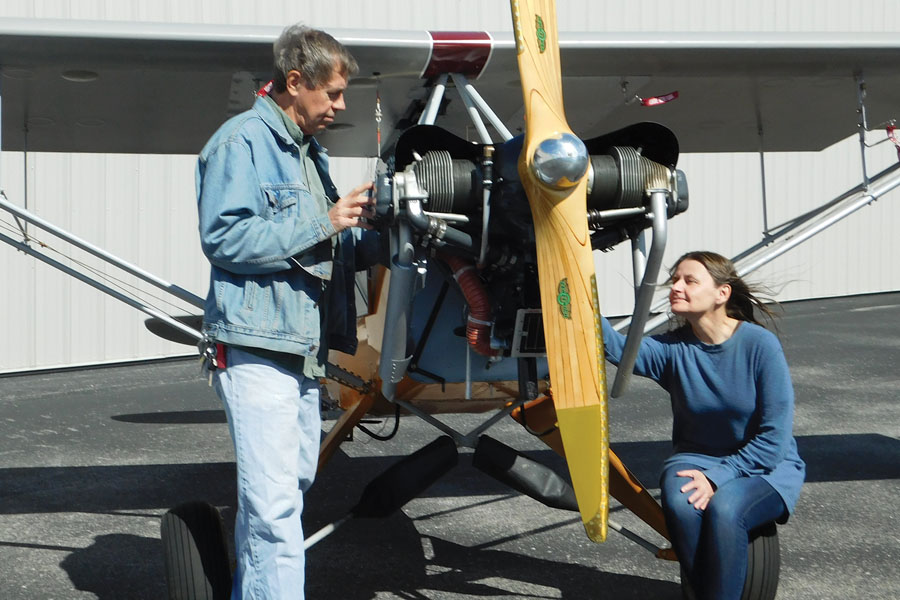 Michael Leigh and Beate Ellis check the A-75 engine for leaks and loose components, which often try to ruin a sunny day.

In conclusion, I highly recommend this approach. For one thing, you come to know your engine because of the repetitive starting and stopping, refueling, adjusting idle mixture, checking for leaks, climbing in and out, buckling up, expecting certain readings, the feel of the throttle, the sound of the exhaust. Since most of the problems that I encountered were instrumentation related, I could have flown and survived the first experience. Building and installing the required baffling was certainly an extra effort. However, the ground runs described above unlocked the procedural impasse. It would now be safe to proceed with taxi testing without concern for improper piston ring seating. After 10 hours, most of the ring seating is done. Lastly, flight testing should always be approached incrementally, and that means one step at a time.

Jim Weir - December 15, 2011
0
The FAA provides a wealth of user-friendly information on its web site. Jim Weir takes us on a tour of the highlights.