In the good old days of homebuilt aircraft, back when people built from plans (or sketches) with materials cobbled together from various sources, before the Internet was even a gleam in someone’s eye, and a kit meant several sheets of aluminum along with a few lengths of steel tube, it was common for projects to be abandoned because of the sheer effort it took to build. It was terribly difficult to figure out what you were doing, to find answers to questions you might have or simply to find someone who knew what he was doing to look at your work.

It is still common for kits to be abandoned, languishing in unused basements and workshops, or to eventually be sold to a second builder, but the reasons today are a bit more varied. Kit building is undoubtedly easier and more successful because of upgrades in materials, instructions and support available, but lack of time and resources (that generally means money) are major components in the demise of the dream.

Fork in the Road

While I will not assign a percentage value to the various reasons that kit progress grinds to a halt, I would like to talk about one that appears to be fairly common, yet remains somewhat mysterious. Call it a dream beyond reality, call it mission creep; sometimes a builder just bites off more than he can chew. What started out as a reasonable pro-ject grows with the passage of time into a complex and expensive assembly of parts never installed, systems never fully designed and a general lack of progress brought on by mental gridlock. The “simple weekend flier” the builder initially envisioned becomes bloated with IFR avionics, a monster engine, extra this and extra that.

There are all sorts of goodies and innovations that can ensnare us with their siren calls. A stunning all-color EFIS, extra fuel tanks, speed mods that promise a lot—these and more are the temptations we face as the project rolls along toward an uncertain end. 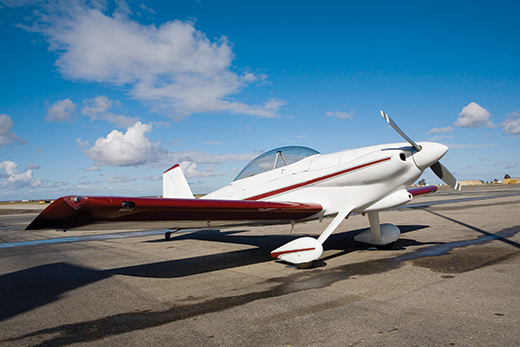 The RV-4 is a great-handling airplane and just roomy enough to carry an occasional passenger. If you want a full-IFR design with room for two and baggage, perhaps you should start with something larger such as the RV-8.

Discussions on message boards and hangar flying with friends are two seemingly innocent yet potentially dangerous ways to end a wonderful project. It is so easy to lose sight of our original goals, changing our plans with the wind of the day, wondering if we should go this way or that. And therein lies the problem: lack of a clear goal to which we can anchor ourselves when temptations surround us. What we have forgotten to do is to set forth a statement of requirements before writing a single check or entering a credit card number. Requirements—documented and analyzed—can save us from ourselves if they are properly derived and if we have the discipline to stick with them throughout the project.

Do You Need That?

In the aerospace world, we start every project with a set of requirements. Nothing gets started before they are determined, written down, hacked to pieces, rewritten, sold to management, sent back for rework, developed yet again, justified to all and finally agreed to in writing. Generating requirements is closely related to the problem-solving technique of clearly and completely stating the question. Frequently, when a person is having trouble with an answer to a perplexing problem, the reason is that he has not really fully developed the question—he hasn’t asked it in enough detail. When the details of the question are fleshed out, the best answer becomes evident. So, too, with requirements in the world of airplanes.

You want to build an airplane? Well, what do you want it to do? No, strike that. What do you need it to do? Even though many (if not most) of us build airplanes because we want to, not because we need to, it is still important to clearly understand our needs and not just our wants. It is important if we want to actually finish, that is. No two people have the exact same mission for their airplane. Is it a weekend aerobatic machine? Does it need to be Light Sport compliant? Are we planning on 100% dispatch reliability in all foreseeable weather conditions to any place on the continent? (Good luck with that.) Whatever your requirements might be, you need to write them down someplace prominent. 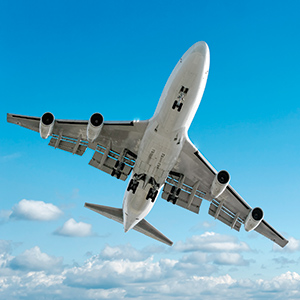 Boeing spends years determining its customers’ requirements before cutting metal, and they charge customers when those requirements change. Maybe a personal penalty system would work for homebuilders who are trying to keep build times down.

Building an airplane is a long-term project. As the old saying goes, “When you are up to your ass in alligators, it is hard to remember that your original intention was simply to drain the swamp!” As we build, it is easy to lose sight of the final goal, to head off on tangents brought on by the latest developments.

This tendency toward changing requirements throughout a project is often referred to in the aerospace industry as mission creep. It can be hard to get a new program approved—whether by the president, Congress or upper management—or even the spouse or significant other with whom you share a checkbook. Sometimes we ask for a little less than we know we want because we figure that getting started is the hard part, and adding features later will be simpler.

The problem is that this approach is dishonest, and it catches up with you over time. Before you know it, the project either gets bloated with contradictory goals and objectives, or it grinds to a halt due to lack of funding or simple gridlock; it can’t move forward because you have lost track of where forward actually is! This is when that original set of requirements comes in handy. It pays to look at those requirements every day, or at least every time that you need to make a decision on purchasing equipment or parts for the project. Ask yourself: Does this serve the requirements?

Sometimes, with a project as long term as building an airplane, requirements change. We start out with a single-seater, and before we know it, the person of our dreams has become a part of our life. OK, we need two seats. Then along comes the answer to our prayers: We have a little one to share our life together, and the two-seater becomes a four-seater, and so it goes. 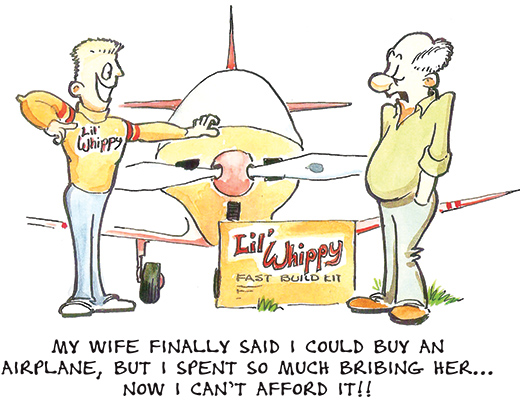 The solution is either to be singleminded and ruthless about the project so that we don’t have time for social activity, or to reevaluate our original requirements once in a while to make sure they still work. But be aware that changing requirements comes with a significant cost in dollars and time, so do it only when it becomes clear that sticking to the original will leave you with something completely unsuitable. Make requirement changes difficult in your own mind; they are the leading cause of cost and schedule overruns.

It is also important to remember the importance of a vision. Starting an airplane project without a clear-cut goal in mind, a vision of what you want it to be, is a great way to end up with a camel. We all know the story of the camel, right? It’s a horse designed by a committee. If you have too many people involved in the decision-making process, without a single leader with a vision, you end up with a camel. 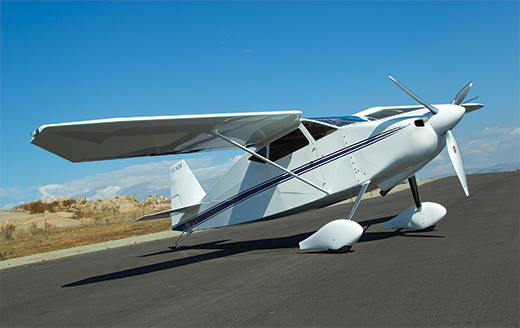 Steve Wittman designed the Tailwind to be fast, not necessarily pretty. He followed his vision and came up with an airplane that did what he wanted, regardless of looks.

Fly It or Display It?

Builders sometimes talk about an award-winning airplane as a masterpiece. I like to understand the meaning of words, and “masterpiece” is interesting. Literally, it is the piece of work created by a journeyman ready to prove that he or she is now the master of a craft. This work of art proclaims that the creator is ready to join the ranks of masters and take on apprentices. I bring this up because, honestly, I have never seen a masterpiece designed by a committee. It requires the vision of an individual. Help can be sought and obtained, certainly. But the creative guidance comes from a single vision, or the piece fails to inspire.

Clearly stated goals, written requirements and a creative vision—these are all necessary if you wish to complete a project, no matter its size or scope. Many aerospace projects costing billions of dollars have failed because the vision was not clear, the requirements had flaws or obfuscating forces stepped in to sabotage the work. Likewise, unfinished kits lie abandoned in darkened workshops because the builder failed to keep the vision clearly in mind, or never had one in the first place. Establish your requirements and stick to them. If, along the way, you discover enough things that you want to change that the original vision is no longer viable, remember you can always save them for the next airplane you are going to build.

Dean Sigler - October 18, 2012
2
A new electric ultralight motorglider expands the boundaries of its category—and its plans can be downloaded free. By Dean Sigler.

Stein Bruch - June 14, 2011
0
As autopilots become more and more commonplace, their utility only gets better. Stein Bruch offers an overview of the latest trends.

Paul Dye - August 10, 2012
0
Personnel roles, emergency contingencies, communications-there are many moving parts involved in the first flight of a homebuilt. Paul Dye catalogs them and offers a sample flight plan that worked for him.