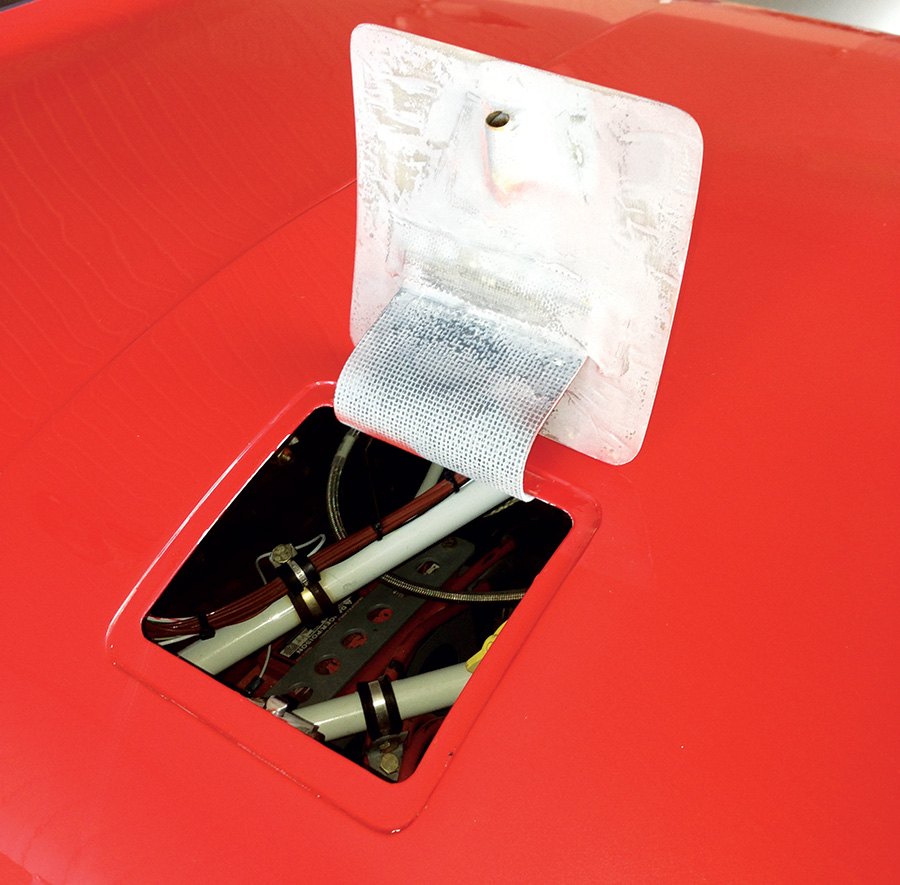 One of the things I’ve seen on a couple of RVs at Oshkosh over the years is a hidden hinge and latch system for the oil door on the top cowling. I knew I wanted this on my RV, so as I was proceeding with the build, I kept thinking about how I would do this. I had several requirements:

• Only visible artifact on the oil door would be its outline.

• Must be strong; the oil door should not be flexible to bend outward in flight.

• Must be able to open oil door while standing in front of it; I didn’t like the idea of a cockpit-controlled oil door release.

I think I met these goals; here’s how I did it.

I started by cutting away the opening in the top cowl (Fig. 1). Although the plans called for some material to be left on the lower left and right corners, I trimmed this away as the latch mechanism did not need it and it would only get in the way. The door fit pretty well, supported all around by a flange approximately ¾-inch wide. 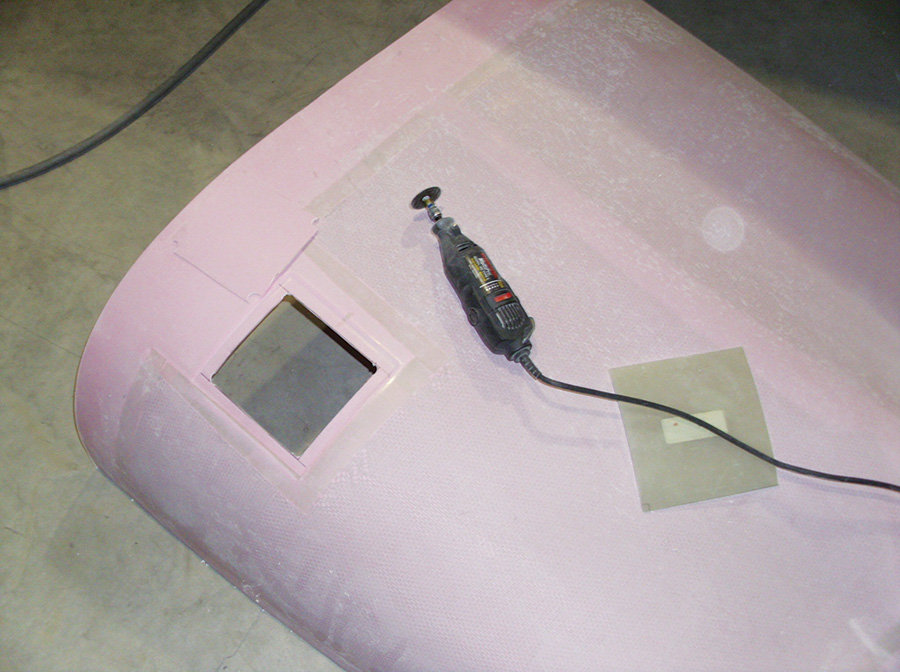 Fig. 1: Cutting the oil door opening in the top cowl.

Next up was some bodywork to make the door fit nicely into the opening. Van’s cowl was close, but not quite good enough, plus I wanted round corners on the door, which meant at least some filler would be needed. I rounded the corners of the door with a sanding block and prepped the top cowling to receive some micro. I then wired the door into place by drilling some holes through the door, running safety wire through the holes, then around a piece of angle that clamped the door to the cowl, then back out (Fig. 2). Micro was applied and after letting it cure a couple of days, it was time to hit it with the sanding block to produce a smooth finish. 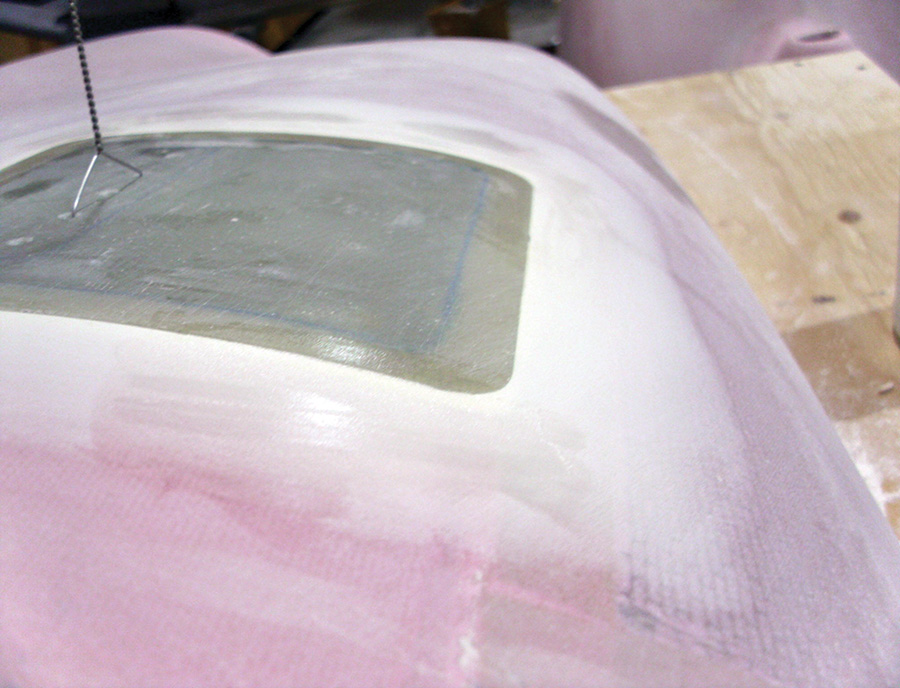 Fig. 2: Micro applied to the cowl. Note the oil door wired into place.

When it came to the hinge, I tried several approaches. I tried a hinge made from .032-inch aluminum and fastened it to the edge of the door. This was far too flexible; not only did it allow the door to move easily, but it also did nothing to stiffen the door to prevent it from bulging out in flight. I next tried .040-inch aluminum and found that while the hinge itself was stiffer, it still did nothing to stiffen the door. At this point, I read one of Dan Horton’s pearls of wisdom about carbon fiber and decided to give that a try. I made a prototype hinge out of .020-inch aluminum to get the geometry correct, then I used it as a form for laying up three layers of 8-ounce carbon fiber (Fig. 3). I am extremely happy with this approach and how it turned out. It’s much stiffer than either of the aluminum approaches I tried, and since it fastens to the door in the center instead of an edge, there is much less tendency for the door to flex or bow in the middle. 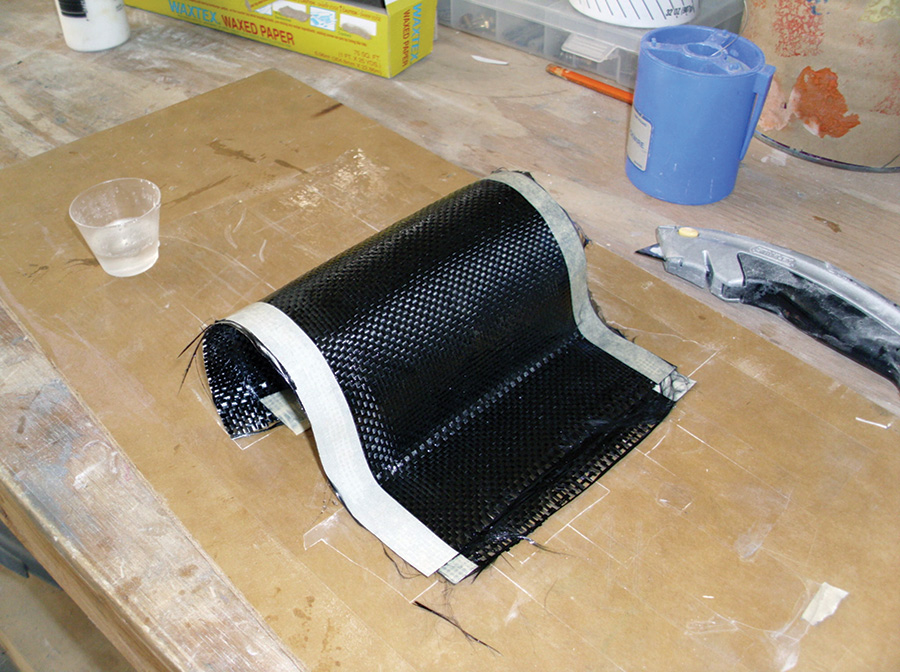 Fig. 3: The hinge is made from three layers of 8-ounce carbon fiber.

The latching mechanism was the next piece of the puzzle. I had seen a latch at Aircraft Spruce, but it was big, heavy, and somewhat expensive. Other latches I looked at seemed too small or prone to failure. A failed latched was something I gave some thought to, since if I couldn’t open the oil door I wouldn’t be able to easily remove the cowl. In the end, I made my own latch from a piece of UHMW, a 5/16-inch stainless steel rod, a spring, a roll pin, and a brass tube (Fig. 4). 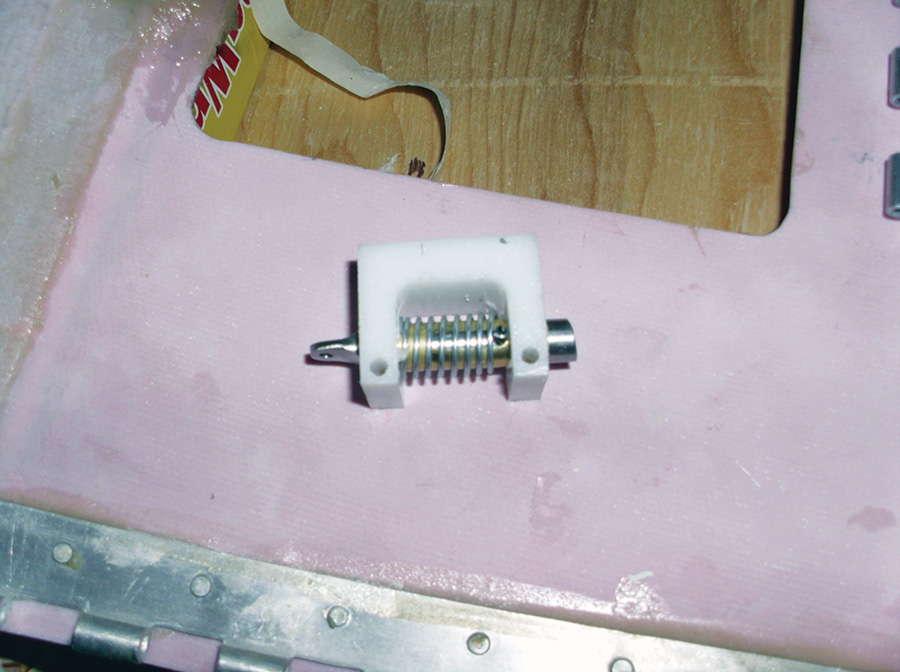 Fig. 4: UHMW acts as a frame for the stainless steel pin.

I mounted the latch on the top cowling using some layups of fiberglass to hold it in place. The fiberglass covers either side of the latch, and two 8-32 socket head screws extend through the fiberglass and UHMW to secure the latch in place (Fig. 5). 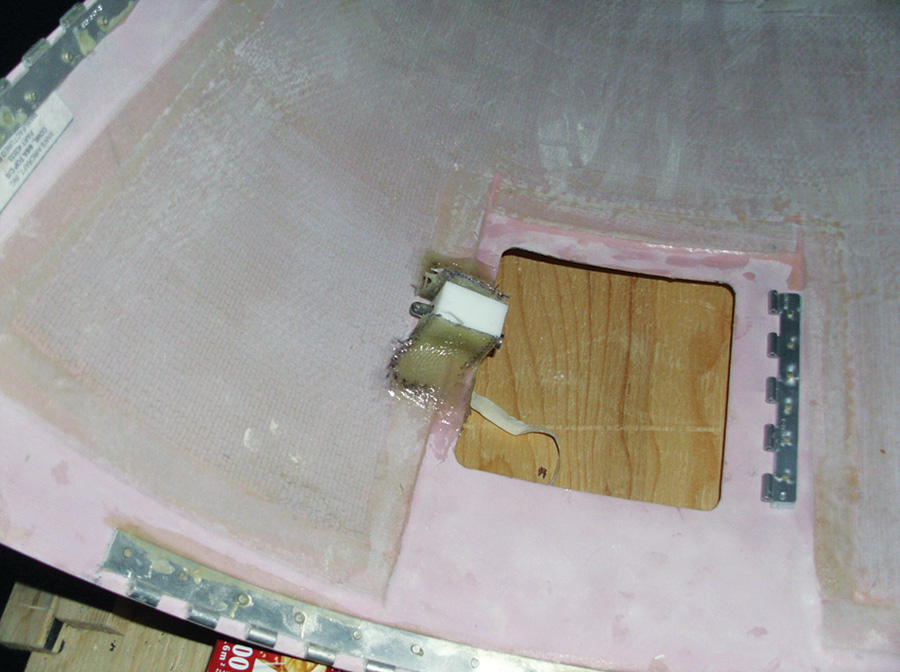 When the door is closed, the pin engages a receptacle on the oil door made from brass tubing and affixed to the door with flox and fiberglass. I installed the hinge on the door and mounted the door to the top cowl, then taped it shut. The receptacle is somewhat longer than needed, and was squeezed flat on one end. Additionally, several holes were drilled in the flat end to provide an additional mechanical hold for the upcoming epoxy/flox mix. I greased the pin appropriately, slipped the receptacle on, and built up the area underneath and around the receptacle with the epoxy/flox mix. Once dry, I layered some fiberglass cloth over it to secure it (Fig. 6). 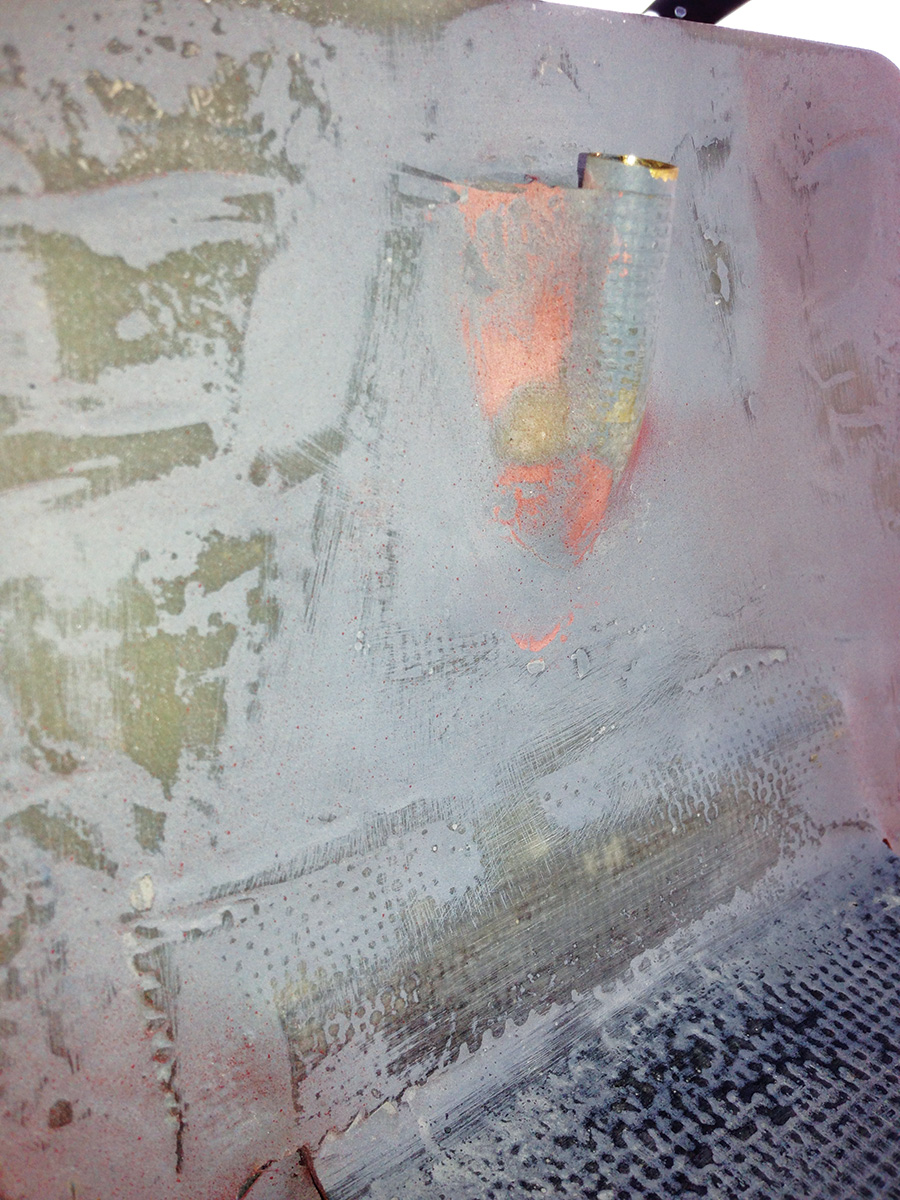 Fig. 6: With the door closed, the pin engages a receptacle made from brass tubing.

Once cured, I checked everything out—so far, so good. The latch fit tightly, but was easy to open with the pull cable. The only problem was that the door didn’t want to open very easily. I tried some springs, but I didn’t like how they flung the door open. I didn’t need the springs to keep the door open since I designed the hinge geometry so that the door was over-center when open, meaning gravity would keep it there. Instead, my friend and RV-9A builder, Bryan Flood, suggested a different approach. When the door is closed, the hinge butts up against the rubber tubing around a dowl held by a fiberglass stop, compressing it slightly. When the latch is released, the tubing expands and pushes the hinge just far enough to lift the edge of the oil door by about ½ inch (Fig. 7). 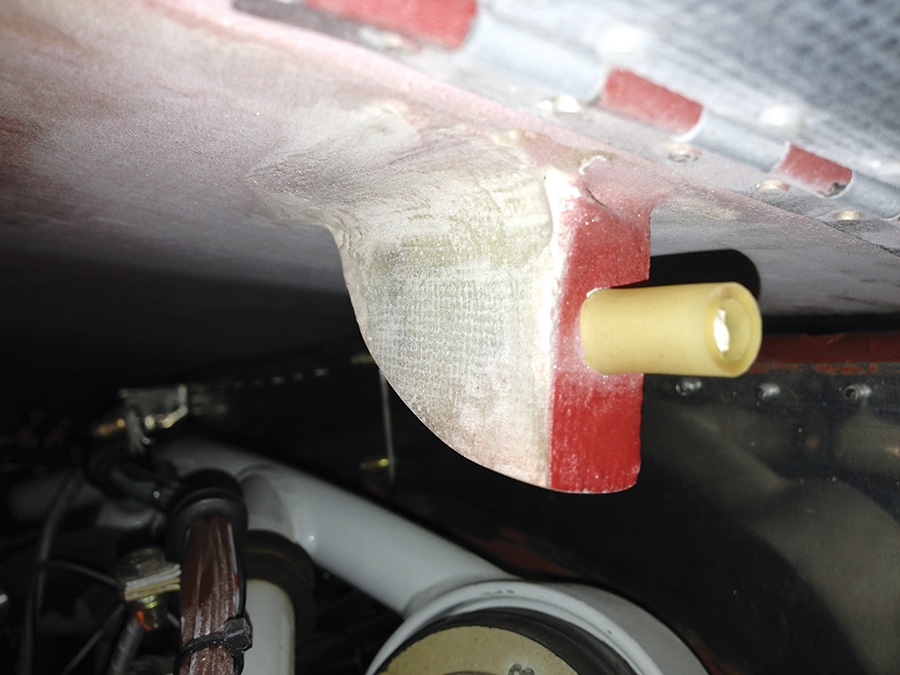 Fig. 7: When the latch is released, rubber tubing expands, pushing the hinge just far enough to lift the oil door by about ½ inch.

The cable itself is a steel-type Sullivan Goldenrod pull cable, commonly found at hobby shops. The tubing runs along the top cowling to the right-side air inlet, and is held in place by a layup of fiberglass cloth, which allows the baffles to lie smoothly against it and the rest of the cowl. Pulling the cable causes the edge of the door to spring up slightly, making it very easy to open without going all the way back and possibly marring the paint.

As I said earlier, I’m pretty pleased with how this turned out (Fig. 8). Like all such ideas I had during my build, it started out with the crazy notion that it would take a day or two, but it ended up taking far longer. Still, I really like the clean lines and the way that the door stays open on its own. While there are some things on my RV that I wouldn’t repeat, this change is one I would do again without hesitation. 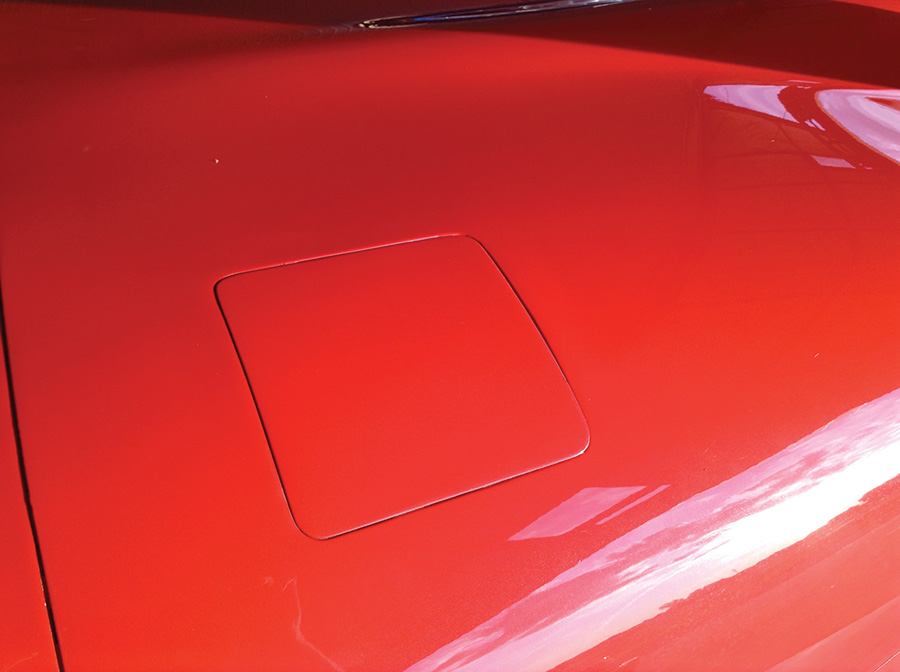 Fig. 8: When closed, the oil door is flush with the cowling.