The Museum of Flight in Seattle, Washington, is now offering virtual walkthroughs of some of the aircraft in their collection, including the Boeing B-29, Concorde and Douglas DC-2. Although the museum’s virtual offerings don’t (yet) include kit aircraft, any aviation enthusiast will enjoy touring these iconic airplanes.

The reason for the “yet” comment above? The Museum of Flight houses a Glasair Super II FT, which was built by a handful of Boeing employees in 1989. I wonder why they didn’t create a virtual tour of this lovely little homebuilt. Maybe now they will.

The museum conducted 3D interior scans using a Matterport 3D Camera, which was originally used to scan the inside of houses for real-estate marketing. Turns out it works great for capturing panorama images of cockpits, galleys, cabins and lavatories, all of which can be seen on a self-guided tour in the comfort of your own home. Some aircraft also have 360° panorama images available.

Here’s what awaits you:

Antonov An-2: Step into the cockpit of this STOL aircraft and peer out the transparent roof and dome shaped windows. You’ll notice something resembling a cupholder to the left of the copilot’s seat. Was this part of the TC? Or installed on an STC?

Boeing 247D: This transport aircraft was one of the first to incorporate technical advancements such as trim tabs and autopilot. The cabin was insulated to regulate temperature and suppress noise to increase passenger comfort. Do you think the curtains above the escape hatch also increased passenger comfort?

Boeing B-17F: Crawl below the cockpit to see the navigator’s and bombardier’s station. The B-17 Flying Fortress virtual tour provides views of areas that would be difficult to get to in person.

Boeing B-29: Here we have one of the largest and most capable aircraft of WW-II. Be sure to check out the gunner’s seat in the B-29 Superfortress.

There are also some newer jetliners. Perhaps some of you have flown these aircraft to support your homebuilt addiction: 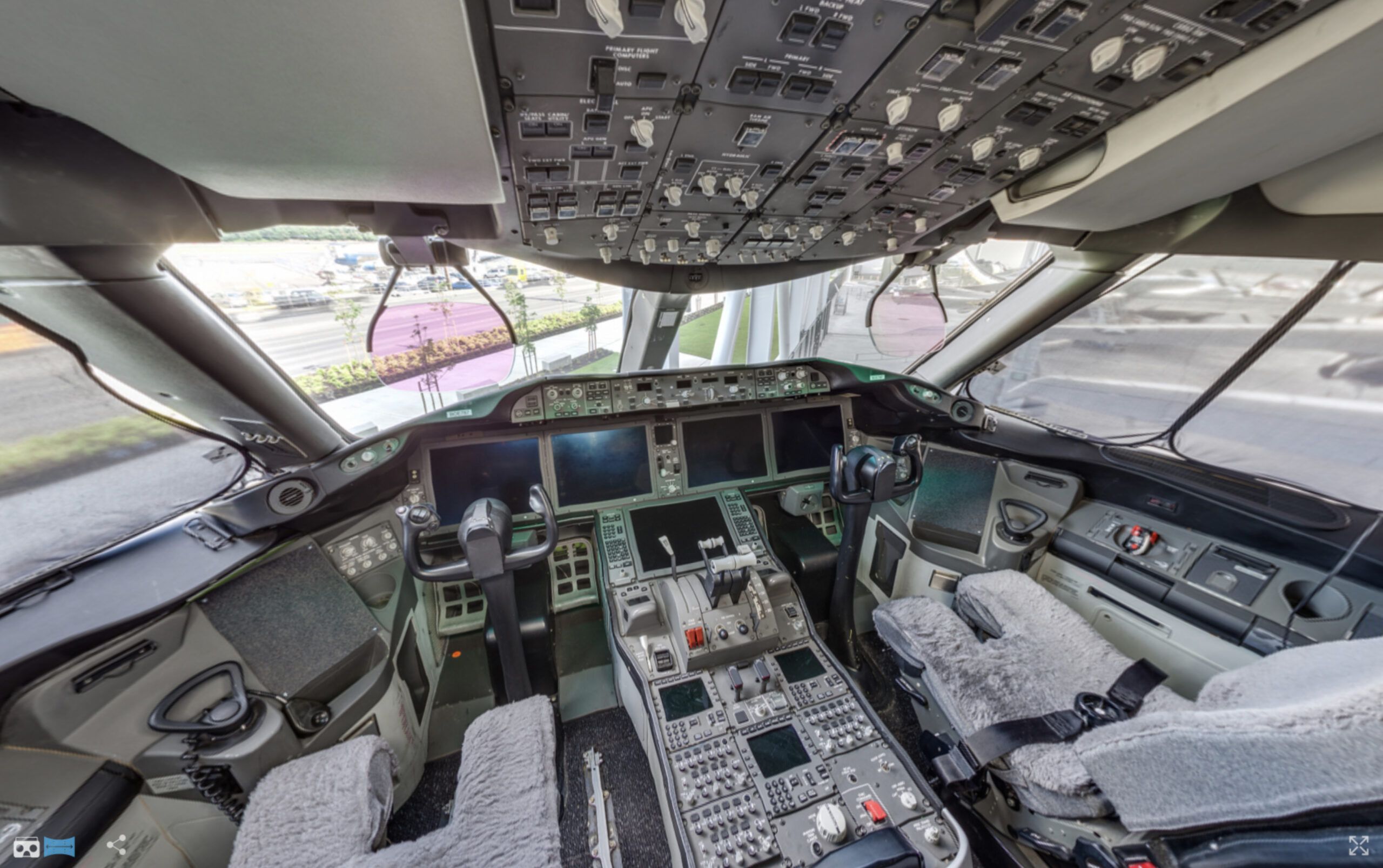 Boeing 787 Dreamliner: Those of you at the wiring stage of your airplane build will feel for the people who put this airplane together.

Concorde: Pour yourself a bubbly drink and imagine what it must have been like to travel on this supersonic transport.

Douglas DC-2: Here’s one for all you metal heads out there. One of the first all-metal airliners, the DC-2 was a pioneer of its time.

The only disadvantage to this type of tour is that if you get carried away, like I did, you might feel a little nauseous. Maybe this allows for a more realistic experience, as if you’ve actually flown Mach 2 on a Concorde. Unfortunately, you’re on your own for sick sacks.