Building a homebuilt airplane takes a lot of time, compared to just about anything else that people might choose to put together. Fabricating parts, assembling them into complex (and compact) structures, feeding wiring and plumbing thought tiny spaces and holes – all of it adds up to thousands of hours before most people reach that magical first flight.

I bring this up because oftentimes, we look at something that isn’t quite right, something we struggled with and finally got together and declared that it was “good enough,” or something that we learned later on could be done in a way that added significantly to our margin of safety or decreased risk. And we think about how it is going to take time to disassemble and redo that part or assembly. Yet in the end, the additional time turns out to be almost negligible in the big scheme of things. 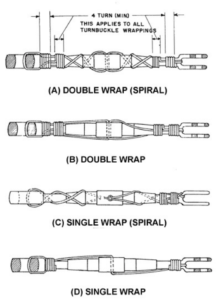 I am a big promoter of the fact that our airplanes don’t need to be perfect, that perfection is really the enemy of getting the project finished. But I do think that our level of “good enough” has to truly be a standard of excellence. And sometimes, we might find that after already completing something, we hear that the method we used isn’t exactly up to snuff. We stew about it for days or weeks, staring it down and thinking through the rework. In fact, the rework often takes less time than the hours we spend pondering it – we would have been better off to just get started, and discover that not only it wasn’t that bad, but we were done before lunch.

The best part about the re-work though – aside from discovering that going back and adding some washers, or re-doing that safety wire that we new (in our hearts) wasn’t good enough – is the feeling you get when you finish and can say to yourself “now THAT is up to standard!”  The worry goes away – that little nagging fear about what it could mean to the overall safety of the airplane. It is a great feeling, removing worry – it gives you a confidence in your plane that simply makes life a little lighter.

Got something in your project that you know you could do better the second time around? Stop worrying about it and just go do it – you’ll probably end up happier and finish it in less time overall.