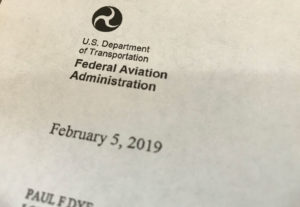 I worked for the Federal Government for 34 years, and back in my college days, I spent two summers as a clerk in our state department of education, so I totally get what it means to be a civil servant when it comes to following the letter of the law, and the exact text of the regulations. So I have a lot of respect for the folks that work at the Civil Aviation Registry – the people in Oklahoma City that process, record, and issue aircraft registration documents. It’s because of their careful adherence to the rules of documentation that we can have clear and traceable titles to our flying machines – and such care is hard to do quickly. So it is a good idea, when registering an airplane, to get started well before you need the paperwork.

The registration for our little jet project went in the mail about a week before the end of January, and it didn’t take long for me to get a response with a nice later telling me EXACTLY what I needed to fill in that I forgot on the application. I was even told to write “Priority” on the outside of the envelope when I sent it back in, so they’d know it was already in the queue, and put it back in the appropriate place in line. I did that – and here I received yet another return, this time asking me to write the Make, Model, and N-Number on the Bill of Sale, and to please return it as soon as I could so that they could issue my card.

The funny thing is, I didn’t fill that in the first time around because, of course, I didn’t want to mark up an ORIGINAL BOS, and I didn’t know for certain that they would be assigning my N-Number, because I had requested it, but they hadn’t said yes. Its sort of a Catch 22, but they are good at playing that game, they know its a game, and are friendly and helpful in getting you to the finish line.

So once again, the envelope goes in the mail, and I hope that the third time is the charm. Better to get it all correct up front and never have to worry about bad documentation than to find out years later that they can’t prove the paperwork was up to snuff. 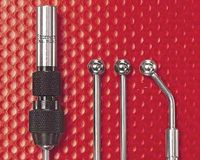