Wow. I recently received a sobering email from the wife of a friend, advising that her husband would be out of pocket for yet another week, helping his 96-year-old mother clean up after Hurricane Irene. A 6-foot storm surge had washed in the front door and out through the back, taking with it furniture, appliances and even the doors. He was on the Outer Banks of North Carolina, cut off from everything. Boats were bringing supplies in. “There, but for the grace of God, go I,” I thought to myself, finding comfort that his mom, who evacuated ahead the storm, was safe. 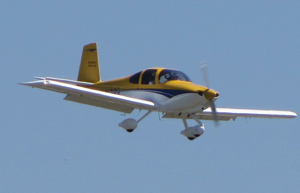 The Van’s RV-10 might not strike you as a good relief mission aircraft, until you’ve seen one with the back seats removed. This workhorse can be filled through its big gull-wing doors and luggage door with needed supplies, then quickly move them right to the front line of the disaster.

If you live on the western shore of the Atlantic Ocean, Irene seemed to punctuate the summer of 2011. Thankfully, for us in Florida it was just a scare. But the day after it blew through our neighbors in the Bahamas, it became a call to action for general aviation.

Bahamas Habitat, a 501 C (3) nonprofit, non-governmental organization that grew out of a Methodist ministry, was looking for pilots and airplanes to fly relief aid to the stricken out-islands of the Bahamas, where help from the government has historically been late in coming.

The aviation community, ourselves included, moved into action. Banyan Air Services at Ft. Lauderdale Executive Airport (KFXE), known for its generosity during the initial earthquake crisis in Haiti, provided a staging area for the Bahamas Habitat coordinator, Cameron King, and her staff. Cathy Ahles of Premier Aircraft Services contributed donated supplies, which were stuffed into 5-gallon buckets—also good for bailing, cleaning and carrying water). Twenty aircraft and pilots then proceeded to move 25,225 pounds of tarps, meals-ready-to-eat, water and other much-needed supplies directly to the most affected areas after the storm. All of it was delivered a week before the first supply-laden DC-3 arrived from the Red Cross. 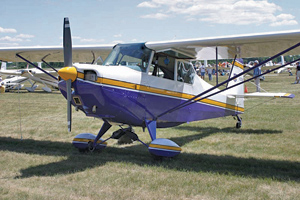 The Christavia MK-1 (and its big sister, the MK-4) are plansbuilt aircraft designed by Ron Mason specifically for missionary flights. Design requirements were for short takeoff and landing, low fuel consumption, low stall speed, good rate of climb, a large cabin area, low maintenance and a high safety factor. It converts from wheels to floats or skis.

My husband flew 20 hours of those missions in the Bahamas Habitat Aztec—but not because the RV-10 was not qualified for the mission. The organization needed a twin-rated pilot, and he has thousands of Aztec hours from his freight-dog days. In fact, RV-10s and Experimental aircraft are welcomed and encouraged to participate in disaster relief efforts, both in this country and in many others around the world.

Regulation 14 CFR Part 91 does not prohibit Experimental aircraft from taking part in nonprofit relief flying. So, with that in mind, what makes an aircraft good for relief airlifts? You’d be surprised.

Do You Have What It Takes?

Even my Kitfox IV can be useful—though not for heavy hauling. The Kitfox excels at search-and-rescue (SAR) and scouting in damaged areas. It sips fuel and can burn auto gas; it’s an excellent low-and-slow performer, has wonderful visibility from full Lexan doors on either side, and if we must touch down in an unimproved area, the taildragger configuration, rugged Grove main landing gear and STOL capabilities rise to the occasion—as long as the pilot has kept up her skills! The Zenith CH 601/701, Christavia MK-1, any of the trikes or gyroplanes, and even powered parachutes can all play important scouting and SAR roles in disaster relief. 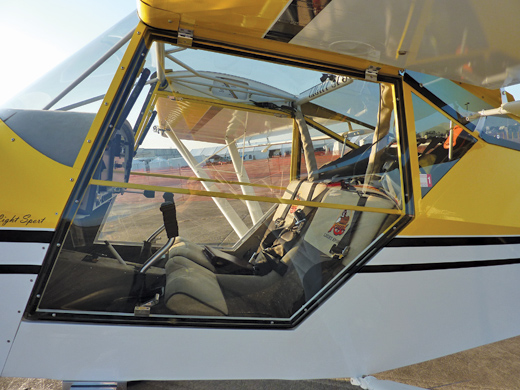 A full-Lexan door means that this Kitfox 7 is an excellent observation aircraft. The fact that it can safely fly at speeds as slow as 30 knots helps qualify it, too .

There are, however, better candidates among kitbuilt aircraft for load-hauling. The Murphy Moose and CompAirs immediately come to mind, but even the Christavia MK-4 is purpose-designed for the task. The RV-10’s wheelpants preclude rough-field operations, but they could be removed if necessary.

In general, what does a good relief aircraft require? Usable load capacity should be at least 1000 pounds, not including fuel. The center of gravity envelope should be wide, allowing for creative loading. A cabin that can be loaded easily is a plus; think cargo door. 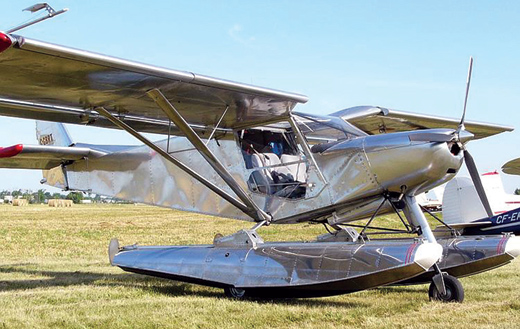 The Zenair CH 701C has been the quick-building, economical choice of African relief workers. The aircraft, particularly when equipped with amphibious floats, can fly far and wide to deliver medical supplies and air-evac patients who would not survive without modern hospital treatment. Medicine on the Move, based in Ghana, West Africa, depends on its Zenair.

Efficiency is also key. If your aircraft can carry a lot of fuel and burn it slowly, you’ll be able to fly to the disaster site, deliver supplies and fly back without refueling. Why is this key? If there’s no electricity where you are going, odds are there will be no way to pump fuel. 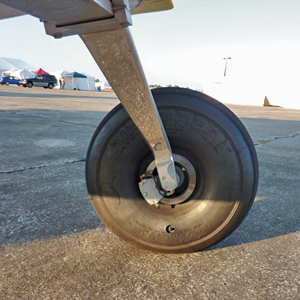 The Grove landing gear on the Kitfox line of aircraft is made from sprung aluminum. It’s light, but it can take the beating of off-field landings.

Beyond the basics, it is always a good idea for the aircraft and pilot to be IFR capable, rated and current. Weather is often the cause of the disaster, and relief aircraft can be first on the scene, even while the system’s last bands of rain and low clouds are still dragging by. Especially in the tropics, in the summer. Just because a hurricane has passed, it does not mean the rain has stopped. Thunderstorms and low clouds are a daily occurrence during hurricane season. Instrument-rated pilots and aircraft have one more advantage: They tend to be more experienced in working within the system. If you are part of a disaster relief effort, you will definitely be part of a coordinated system that will require the filing of flight plans, use of E-APIS for customs and immigration, and flight reporting. The more you’ve used the National Airspace System both here and abroad, the better off you’ll be.

How to Get Started

If you are participating in an international effort, take the time to contact the EAA and get your letter of Standardization Validation, or you can find it here.

You’ll need this, along with the usual cadre of General Declaration Forms, Customs and Immigration documents and an Inward Cruising Permit if you are continuing on to other islands (downloadable from www.bahamas.com). Other Caribbean islands have similar constraints, as do our Central American neighbors. The Canadians make it slightly easier by eliminating most of the paperwork with the CanPass program.

The CompAir 7 (along with other Comp-Air designs) makes the list of possible relief aircraft because it is built to carry heavy loads from short fields. The piston-powered CompAir 7 is affordable and has great potential for an observation aircraft.

Can you afford it? Well, that depends on whether you are doing relief flying for a 501 C (3) certified nonprofit. Ask them and they’ll tell you. If they have this certification, the U.S. government will allow you to use the true cost of your aircraft on a per-hour basis as a tax deductible donation on your tax return. Include hangar rent, insurance, maintenance and fuel/oil in your calculations. (No, you may not include a fee for your services. That would be commercial compensation.) The result is that you’ll get about a 30% discount on your flying, plus the satisfaction of helping people in need. It’s a pretty good deal all the way around.

For more information on charity and relief flying, contact Bahamas Habitat at www.bahamashabitat.org. The EAA, NBAA and AOPA all have information regarding networks of relief and mission-based agencies that rely on general aviation aircraft to help move people and supplies during emergencies. Check in with them, too, or look on www.flyingforgood.com for a list of charities that can use help from pilots.

Dick Starks - September 18, 2008
0
Leave it to Dick Starks to get his foot in the door of a movie set by supplying WW-I replica aircraft. Once there, leave it to Dick to find trouble, even when hes not looking for it. No worries, though. Alls well that ends well, and the whole experience makes for a story thatll have you laughing out loud.